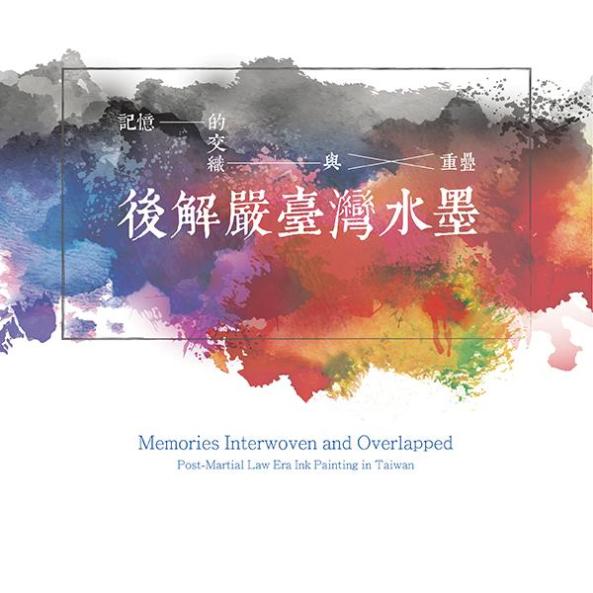 Asia Art Center is pleased to share the artist PanHsinhua participate in the special exhibition ”Memories Interwoven and Overlapped: Post-Martial Law Era Ink Painting in Taiwan” at National Taiwan Museum of Fine Arts. The exhibition is on view through October 8th.

Ink painting is an important form of painting that represents the Oriental traditions. Originated in China, ink painting was later introduced to Japan, Korea, and Chinese-speaking regions in southeast Asia. Ink painting uses paintbrush, ink, paper, and silk as media, and has formed a system of its own in the domain of art. After the Tang dynasty, Chinese ink painting was divided into the”Northern School” and ”Southern School”. The ”Southern School” emphasizes intriguing brushstrokes and rhythmic use of ink; it focuses on bone method or the way of using the brush to create vitality and spirit, fusing poetry, calligraphy, and painting together. It is closely related to traditional Chinese literati philosophy. However, ”literati painting” overemphasizes refined literati tastes, which has also affected the development of ink painting. After the 18th century, ink painting was introduced to Taiwan by government officials stationing in Taiwan, scholars and tutors, and traditional painters; famous artists from the period included LIN Chao-Ying, LIN Chueh, and HSIEH Kuan-Chiao. Although these artists were commonly referred to as the ”Min-practice” because they inherited the wild and leisurely ink painting style of the southern Zhe school of painting, they nonetheless gave rise to the beginning of the heritage, transformation, and development of ink painting in Taiwan.

In late 19th century, ”Western painting” and ”Toyoga ( Eastern painting or gouache painting)”, which originated from the meticulous heavy color techniques of the Chinese ”Northern School”, were introduced to Taiwan during Japanese colonization. With the aid of ”Taiten ( Taiwan Fine Arts Exhibition)” and ”Futen (Taiwan Governor-General Art Exhibition)”, many Taiwanese traditional ink artists switched path to creating ”Gouache painting”, becoming the unique ”local color” of the new southern territories propagated by the Japanese colonial government. Japanese colonial system fell as WWII came to an end in 1945, and in 1946, Taiwan Provincial Administrative Executive Office organized the ”Taiwan Provincial Fine Arts Exhibition ( Provincial Exhibition)”. In 1949, the Nationalist government moved to Taipei, and many renowned Chinese ink artists came to Taiwan and lectured at institutes or tutored at own studios, leading to the ”Debate over the Orthodoxy of National Painting” in the 1950s. It was not until the establishment of the ”Gouache Painting” category by the Provincial Exhibition in 1983 that gouache painting could finally break the shackles of the orthodoxy of National Painting, yet the term ”National Painting” was only gradually replaced by ”ink painting” in the 1980s.

Hence, every major political or historical event has triggered social and art and cultural developments, and are all intertwined. Politically, Taiwan was under martial law from 1949 to 1987; and during this highly sensitive period of authoritative rule, Taiwanese art communities experienced the ”Debate over the Orthodoxy of National Painting” in the 1950s, the emergence of modern art groups in the 1960s, the debate of nativist realism in literature and art during the 1970s, and establishment of National Institute of the Arts ( now National Taipei University of the Arts) in 1982 and the Department of Fine Arts at Tunghai University in 1983; together, the art and literature communities challenged and gradually dismantled the authoritative system. Taiwanese art professionals fearlessly broke the political shackles during the martial law period, and boldly challenged the past political taboos after the lifting of martial law in 1987, which enabled ink art and other forms of art to thrive and prosper, constructing a splendid and vibrant new look for ink art.

2017 marks the 30th anniversary of the lifting of martial law, and National Taiwan Museum of Fine Arts has specially invited Professor WU Chao-jen to curate a special exhibition entitled ”Memories Overlapped and Interwoven: Post-Martial Law Period Ink Painting in Taiwan”, adopting the perspectives of art history and temporal axes to examine the course of development of ink painting in Taiwan since the lifting of martial law in 1987. The exhibition features five major themes: 1. Aesthetics of Brush and Ink; 2. Abstract Expression of Ink and Wash; 3. Ink – Environment – Society; 4. Ink – Video – Installation; and 5. Putting an End to the Debate over the Orthodoxy of National Painting. The five themes showcase interrelated contents while featuring independent displays. Through different themes and aspects, the curator reexamines the intertwined relation between Taiwanese ink painting and politics, highlighting the diverse creative visions inspired by artists’ life experiences facing the overlapping and interweaving of historical memories, explores the vibrant ambitions of artists who strive to break historical restrictions of ink painting, and combs through the interwoven historical relationship between Taiwanese ink painting and gouache painting.

”Memories Interwoven and Overlapped: Post-Martial Law Era Ink Painting in Taiwan” features works of diverse categories and media, including ink and wash painting, meticulous heavy color painting, gouache painting, installation, video, and animation; in terms of style and expression, all the works manifest artists’ realizations and sentiments of life, social and cultural concerns, dialectics on history and reality, and the depth and breadth of ink art exploration, exhibiting vibrant creative energy and dynamics. Through interpretation of and dialogues with exciting works of 24 artists from different generations, this exhibition aims to investigate the intertwined relation between Taiwanese ink painting and politics, and present artists’ diverse creative visions inspired by overlapped and interwoven historical memories, as well as the splendid and exciting new look of ink art constructed on such visions, concretely, and in details, presenting and explaining the course of development of Taiwanese ink painting from the lifting of martial law up to the present time.