For 2020 Art Basel’s Online Viewing Rooms, Asia Art Center presents a solo exhibition of MA Paisui, the scholarly master prior to the golden age of the Taiwanese “painting society”, showcasing his accomplishment: to construct a bridge of color ink that embodies both Chinese and Western traits. Through this exhibition, we respond to the interrogation: since landscape painting is unexceptional, what are some unique qualities of “Ma Paisui style” landscape painting? With the exhibited works from the below three phases, his ambition is evident in the brilliant use of colors, defined vigorous large blocks of color, as well as his exceptional ability mastered since the war of weaving together Chinese traditional ideas and forms with the West’s modern use of colors in his works, exemplifying the prowess to be “both color and ink, Chinese and Western”.

Ma Paisui travelled in China on a bike to paint outdoors during the Marco Polo Bridge Incident, and a desire to travel the world budded. He journeyed to Taiwan from Shanghai during his painting expedition in December of 1948, and he spent two months to paint and travel around the island on foot. Ma’s watercolor works of this period reveal exquisitely elegant hues while both his observation and expression appear precise and rigorous; he expertly maneuvers the ratio of water and paint to fully express the characteristics of watercolor paintings.

While it was by complete chance that Ma first came to Taiwan, he has lived in Taiwan for 27 years since his 1949 “Ma Paisui Traveling Exhibition” at Zhongshan hall and the teaching career at the NTNU that soon followed. Ma Paisui once said, “I love Taiwan, and I dedicate my life to portraying Taiwan,” confessing his most genuine feelings. We see splendid southern sceneries in many works created in this period; as Ma Paisui’s use of colors grew more exuberant, he began painting themes outside of landscape: cityscape, still life, portrait and more have all been the topics of his diverse practice. Ma Paisui’s creative ideals are simple and precise. “Paint of its form, express of its life,” he once said; thus, he seemed even more at ease during the Taiwan Expressive Period, also known as the Nature Freestyle Period. A pivotal change in Ma Paisui’s work occurred in the late 1960s: his Western subjects were originally created using watercolor, but he began utilizing ink, xuan paper, calligraphy brush and other traditional ink painting tools to overthrow the confines of established forms, giving the works an appeal and charm that is unique to ink. Art scholar and famed watercolor painter Lee Quan-pui described it as “boldly and decisively stripping away all the inessentials to preserve the most indispensable, breathing new life into form, color, line, and plane.”

Ma Paisui introduces the concepts of “yongmo” (ink application) and “liubai” (to leave blank) into the creation of watercolor works. His works have matured in this period and seemed layered with a touch of firmness from the use of ink. After relocating to New York, he grew bolder in his use of color ink in hanging scroll compositions. The tonality of ink and color allow his works to take on greater substance and piercing strength. The viewers seem to be peeking through a thin veil of fog as the rocky cliffs, shorelines, clouds and the magnificent nature subtly emanate muted poetic qualities. These works of later period reflect his life after retirement – he seemed to have gradually settled and begun self-exploring after some travelling and quiet meditation.

Having travelled in various places, he remained his heart in Taiwan as he continued to create works with Taiwan as the main subject. 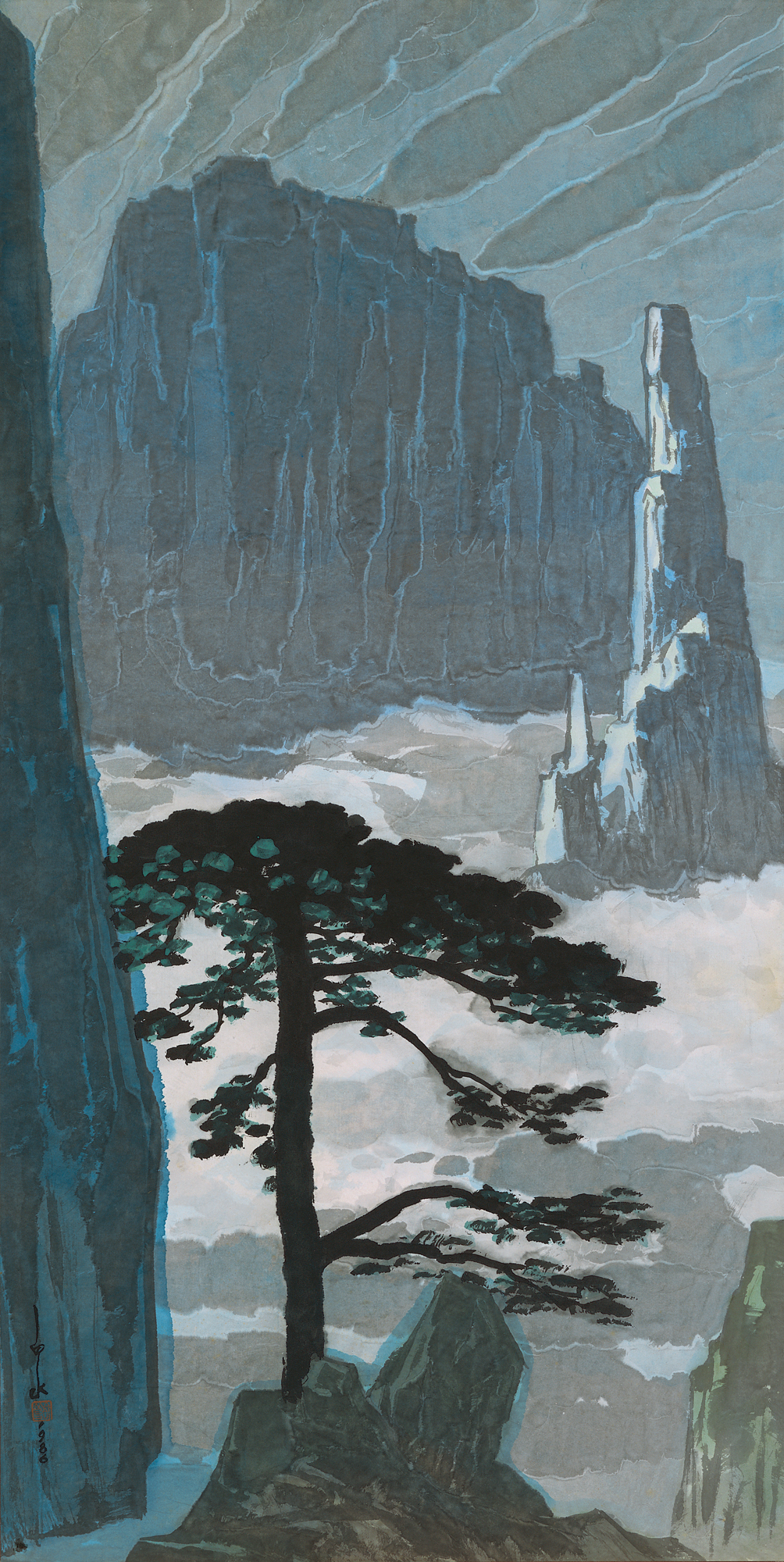 MA Paisui was born in Liaoning, China in 1909. In 1929, after he graduated from the Art Department of Liaoning Normal College, he worked as an art teacher in Liaoning and Beijing. With the outbreak of the Second Sino-Japanese War in 1937, he traveled along the East coast of China and painted the landscape that he saw. In 1949, he finally settled in Taiwan. He thereafter taught at National Taiwan Normal University for 27 years. After 1975, he lived and worked in New York. Ma passed away in Florida in 2003. The solid grounding in traditional Chinese ink painting helps Ma to enjoy the manipulation of colors and brushstrokes in his paintings. It’s worth noting here that watercolor landscape painting and traditional Chinese ink painting can be seen to share an impressionist approach. This allows Ma to translate with greater ease the main principles of traditional Chinese ink painting into the practice of Western watercolor painting, such as a composition structured around the contrast between black and white, or the division of the painted surface into three sections. His watercolor paintings are therefore full of the impressionistic charm of Chinese literati painting, and rich in color and emotion. He resorted to the methods of the multiple-panel painting to overcome the limitation of the paper size. Besides, in 1957, he edited the Illustrated Guide to Watercolor Painting Technique, which was included in the national curriculum in 1971 to be taught at the middle-school level. In 1979, he was awarded the Washington Gold Medal Award of the Sumi-e Society of America Annual Exhibition. Ma’s public collection includes Taipei Fine Art Museum, Kaohsiung Museum of Fine Arts and National Taiwan Museum of Fine Arts; his important international group exhibitions include Brooklyn Museum, New York in 1977 and Lincoln Center in New York in 1980. His important solo exhibitions include 3 shows at Asia Art Center in 1992, 1997, and 2018, and A Retrospective of Ma Pai-Sui at Ninety at National Museum of History, Taiwan in 1999. His recent retrospective exhibition is Journeys with Ink and Colors: An Exhibition of Donated Works by Ma Pai-Sui, organized by Kaohsiung Museum of Fine Arts and Life’s Footsteps: An Exhibition of Donated Works by Professor Ma Pai-Sui organized by National Taiwan Museum of Fine Arts in 2010.