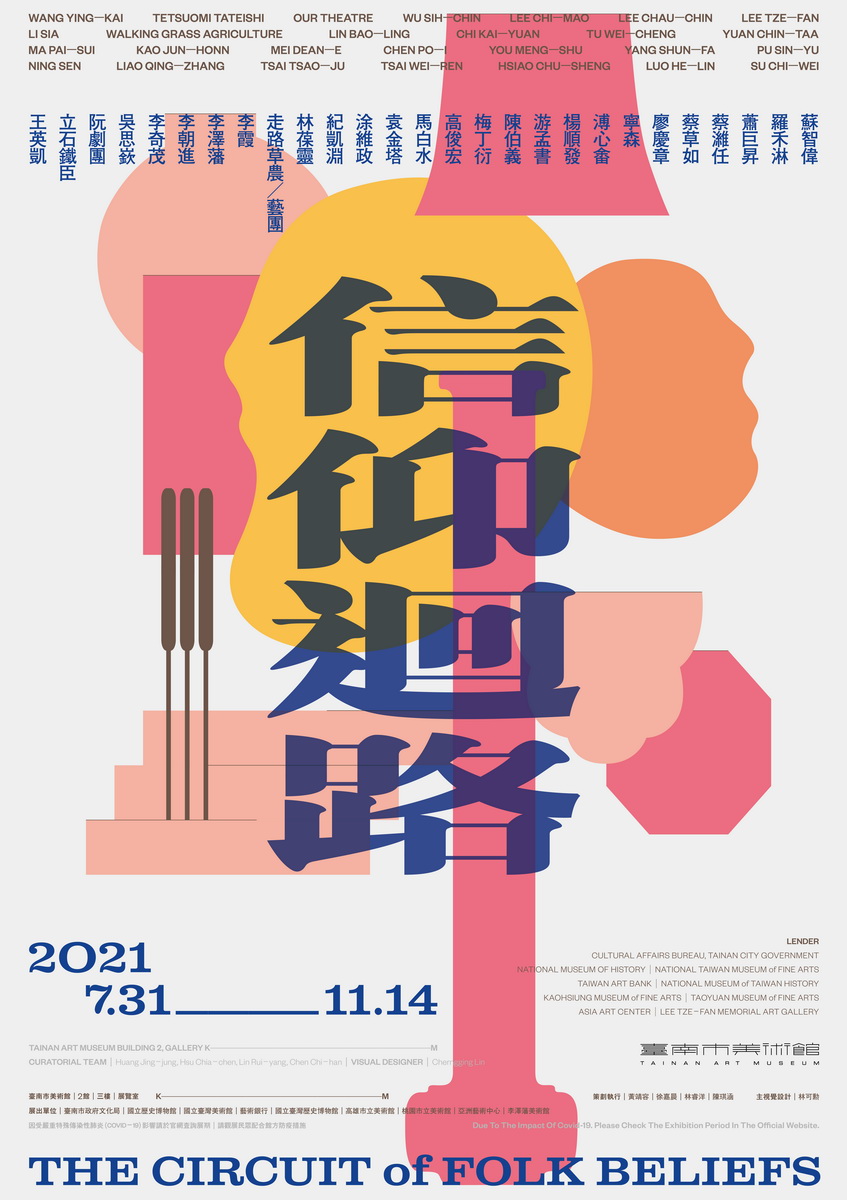 The Circuit of Folk Beliefs

Ma Paisui (1909-2003) is one of the great masters of contemporary color ink and watercolor. His work “The Burning of the King Boat” from 1996 is now on view at the exhibition The Circuit of Folk Beliefs, organized by the Tainan Art Museum. Ma lived in the U.S. from the mid-70s onward, but during the 1990s he created many works with Taiwan as the main subject. “The Burning of the King Boat” is exemplified by his aspiration in art: to construct a bridge of colored ink through paintings that integrate both Chinese and Western traits. The work weaves together Chinese traditional ideas and merges with the West’s modern use of colors, expressing the prowess to be “both color and ink, Chinese and Western.” 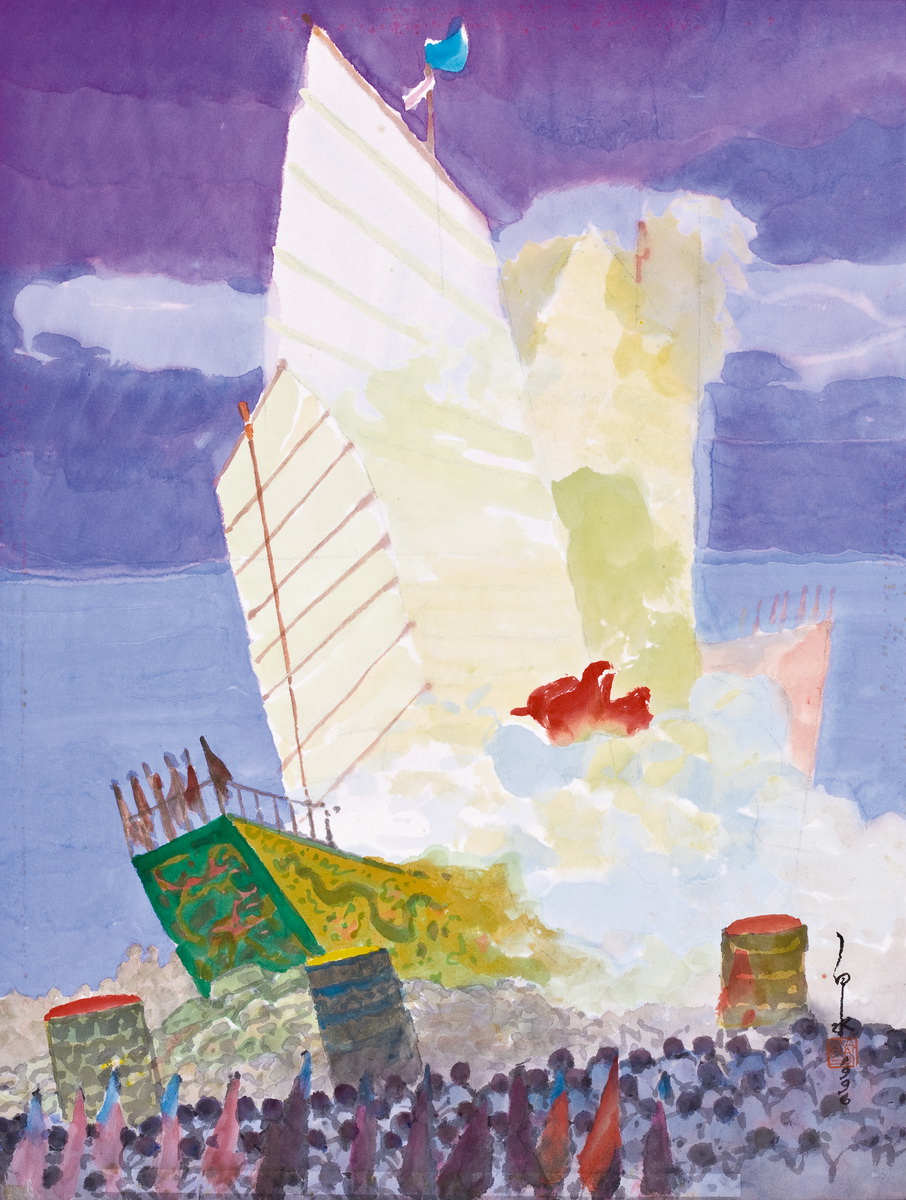 Installation view of The Circuit of Folk Beliefs

In the first area of the exhibition The Circuit of Folk Beliefs, the images and video works express the anxiety of human beings facing the unknown and the fear of life and death. The second exhibition area, through the artists’ creations, showcases Taiwan’s folk beliefs, rituals and cultures, and also presents how people use these rituals as a means to entrust the ghosts and gods in restoring the order of the human world. The third exhibition area reflects upon the relationship between humans and ghosts through various everyday beliefs, attempting to identify a new model between human and belief in this circuit system. Since the outbreak of Covid-19 became more severe, religious gatherings and activities have been suspended. Many large-scale traditional ceremonies have also been postponed or canceled. Tainan, as Taiwan’s religious center and cultural hub, used to be so lively with these religious pilgrimages and processions, yet now they have quieted down. Thus the Tainan Art Museum intends to serve as a platform on the topic of faith by presenting the different contexts of how artists view faith, the circuit relationship between people and faith, and the aspects of faith that are part of Taiwanese people’s daily life, which may not be visible but have never disappeared. The scene depicted in “The Burning of the King Boat” is a significant folk religious ritual in the southwest coastal area of Taiwan. In the post-Covid era, it is believed to be presented in the hopes of conjuring away the god of plague and receiving good luck.