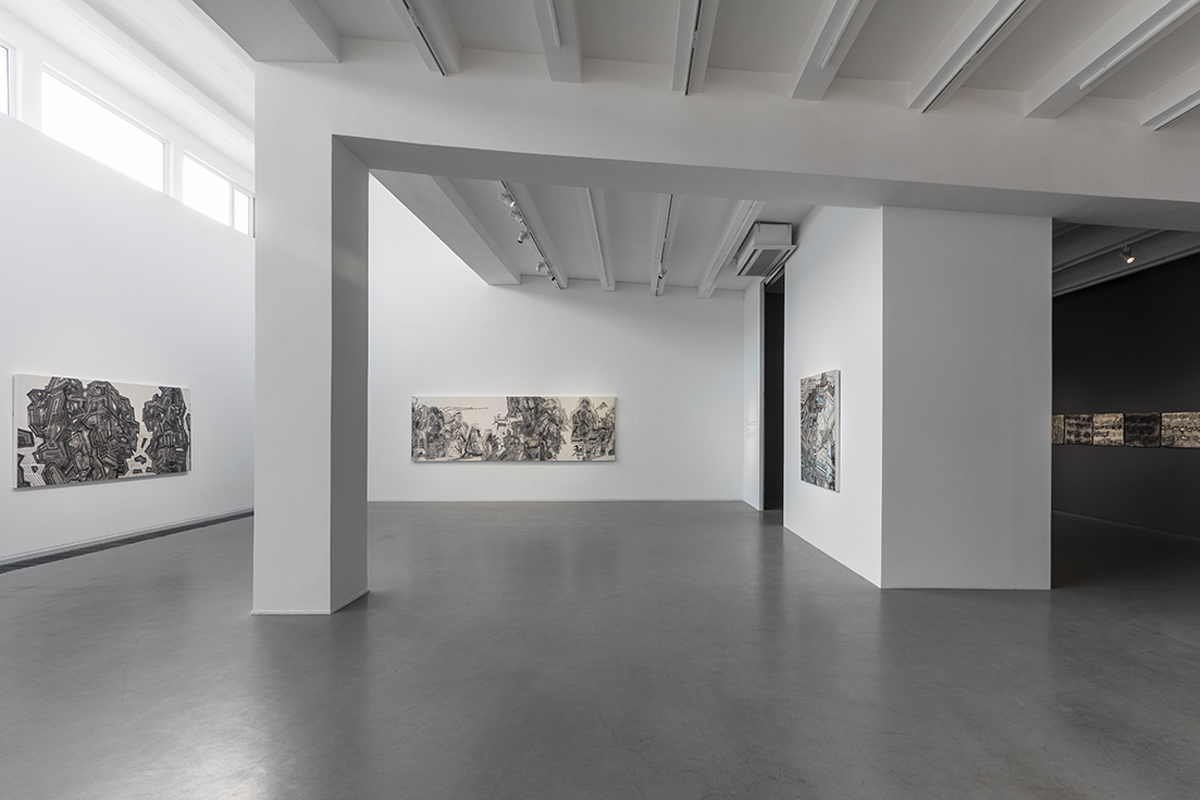 Asia Art Center is honored to announce that an exhibition entitled “Boundless Sky – Wang Jieyin’s New Ink Paintings” will be held on November 6, 2020, with a subsequent opening ceremony at 3pm. As a senior artist born in Shanghai in the 1940s, Wang Jieyin’s artistic creation has always been rooted in the context of traditional Chinese art. He is a comprehensive master of printmaking, oil painting, ink painting and other forms and languages. With continuing enthusiasm and persistence in art, he keeps injecting updated energy into Chinese ink painting, reshaping ancient visual languages to correspond to the contemporary aesthetic taste.

Curated by Xia Kejun, this exhibition displays more than thirteen ink paintings by Wang Jieyin. This is the third large-scale solo exhibition since “Beyond Clouds Solo Exhibition” held by Long Museum in 2016 and  “Rising Clouds” held by Today Art Museum in 2014.

An upcoming exhibition of Wang Jieyin displays his most recent ink paintings, while also showcasing superb breakthroughs from the craftsmanship of a senior artist. Indeed, Wang breaks with the existing conventions of ink paintings and oil painting aesthetic language he acquired in earlier period. He draws random “ink spots” to reconstruct an image world of classical landscape combined with calligraphy. Though connecting semi-finished fragments of past paintings, Wang Jieyin represents an image of patterns from bronzeware and Han Dynasty stone relief, shaping an abstract grid and magical space. His persistence and endurance on work reconstruct a dream world, a spiritual world of Chinese culture.

This world is an artistic paradise hiding dreams of the senior artists, a boundless sky after the classical world, brimming with dynamic sentiment, rational structure, and joyfulness as childlike innocence as well as an artistic conception of dark vastness. In transforming scatter points and roaming panorama of landscapes, Wang randomly inverted combinations from varies directions with fragments of semi-finished works from different periods. In this regard, Wang embraces occasional and uncertain results impromptu to create unbelievable enchanting visual effects.

Wang Jieyin reforms image elements as ink dot particle in microscopic movement, which gives his works a spinning rhythm, echoing the rectangular spiral patterns of bronzeware. To some instance, his artworks resemble a sky net as well as a black maze. The random motion and penetration of ink dots together with changes in their thickness create a sense of visual misconception. In addition, unpredictable changes also accelerate the vortex, breaking with the symmetry offered by the lane on a running track or speedway and eliminating any sense of craftsmanship. His works resemble various shapes but are freely deformed, in which traditional landscapes are transformed into machine forms in the digital age, creating humorous allusion imbued with ingenious Zen Buddhist sentiment. These ink dots satirize a generation who are concentrated and buried themselves in digital phones, which highlights the inescapable falseness of cyberspace while alluding to the transcendent appeal of landscapes.

Wang Jieyin has created a world of “pointing country” with enthusiasm of his craftsmanship spirit on enduring work. Ink dots are like the embryo of life growth, surviving in the boundless sky constructed by him. On the one hand, It corresponds to a dark and eternal sense from his oil paintings, regarding as “first picture dictionary” which showcases clumsy playfulness and stimulates dizziness on the two-dimensional plane from a child’s sight. On the other hand, those calligraphy in images reminds us of historical and cultural “memory image”, leading a return to a sensation soul in mundane life from the phantom world of virtual technology.

Light of the Polar

Dance in the Music