As one of the most significant of overseas Chinese artists active in the 20th century, Cheong Soo Pieng was a ceaseless innovator, never settling for an established style. In the process, he developed a highly iconic personal visual vocabulary, both reflective of an modernist internationalist bent and a commitment to depictions of the Nanyang region he found himself settling in as an émigré Chinese artist.

Steven Lee, Managing Director of Asian Art Center, says “Cheong Soo Pieng was academically trained, and alongside his brethren of overseas Chinese artists, painted simply but with great potency what they observed, creating the aesthetic foundation of the so-called Nanyang Style, unifying idealist notions and a nostalgic vision of the past.”

Some of the most significant artworks in the exhibition are on loan from important private collections in Taiwan, including the large-sized Balinese Dance, which is also the present highest priced Cheong Soo Pieng painting to have sold at auction. By The Lotus Pond is a mature period work of the artist, and was exhibited in Taiwan in 1980, and featured on the cover of The Artist magazine. From a private collection in Singapore, it comes full circle back to Taiwan for exhibition for the first time in nearly 40 years. A multi-faceted artist, Cheong Soo Pieng turned to the tenets of geometric abstraction in the late 1960s, early 1970s, producing Red Motion, an abstract piece pulsating with a sense of kinetic energy.

A Seated Malay Girl with Bird

Still Life with Fish and Bottle

A Dayak Family and House

By the Lotus Pond 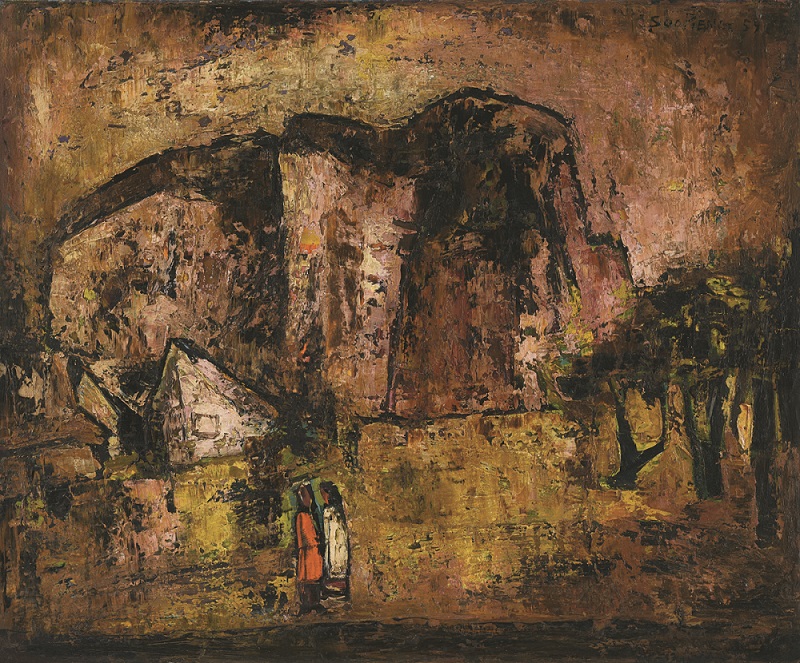 Cow with a Boy

Landscape with View of Sea