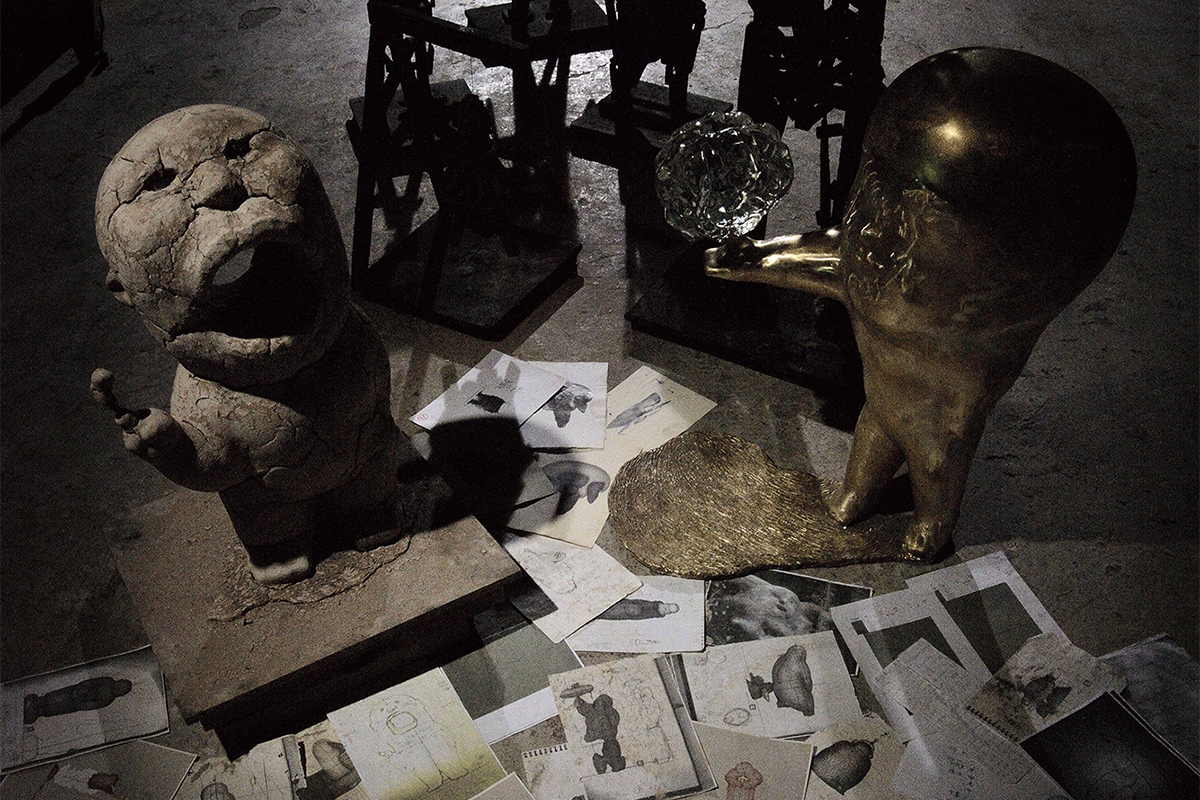 In mid-2013, Li Chen was extensively covered by international media as the artist to host the largest scale of outdoor sculpture exhibition at the Place Vendôme in Paris. He also appears at Discovery Channel’s program Chineseness as one of the four artists chosen to represent the “soft power” of Chinese contemporary art in a global context. In order for art lovers in Taiwan to comprehend the story behind Li Chen, Asia Art Center is hosting Chineseness – A Documentary Exhibition on Li Chen at Asia Art Center Taipei II. Starting December 28th 2013, the exhibition will feature fascinating photographs captured by professional photographer Wu Yushan on the artist’s creating process and important exhibitions around the world. In addition, artist’s original sketches will also on display; this section includes multi-faceted themes, media and visual styles, unveiling a resourceful of artistic inspiration and energy behind each artwork. Li Chen will also premiere more than a dozen new pieces from Spiritual Journey Through the Great Ether, Ethereal Cloud, Ordinary People, and The Immortality of Fate series.

Having reached his fifties, Li Chen is particularly sensitive to the social and international issues. His compassion is reflected upon the new works. Li Chen feels the world’s misery is only the tip of the iceberg, the real question lies in arguments and disagreements on individual survival. Considering the recurrent political disputes in the world history, including the historical complex among Asian countries and conflicts in the Middle East, the harsh environment has prompted people to expose their human nature that is evidently stagnated despite advanced technology and civilization. People’s self-defensive gesture is especially obvious when confronted by threat or intruders. Yet, Li Chen praises the strength of humanity amidst disappointment and tragedies. From the point of view of an artistic language, Li Chen remains critical yet chooses to reserve a personal judgment for this series of work that emphasizes human nature and not abstract spirituality.

The see-through mouth part of the piece “Hollow” from Ordinary People series creates an emptiness that symbolizes the “imperfection” existed in communication; while the “Upright Soul” from the Immortality of Fate: Living Soul series shows a carbonized wooden structure, unwilling to be broken down; it shows the willpower and residual strength of an immortal spirit that come from human dignity. These two series use raw materials to create rough surface texture, which makes them very different from his previous work of monumental ink-black sculptures that are round in surface and harmonious in spirituality. This exhibition probes into the artistic journey of Li Chen, departing from human imperfection to seek spiritual perfection, and return to believing in the virtuous strength even in imperfections, this exhibition reveals Li Chen’s philosophical quest and pursuit. 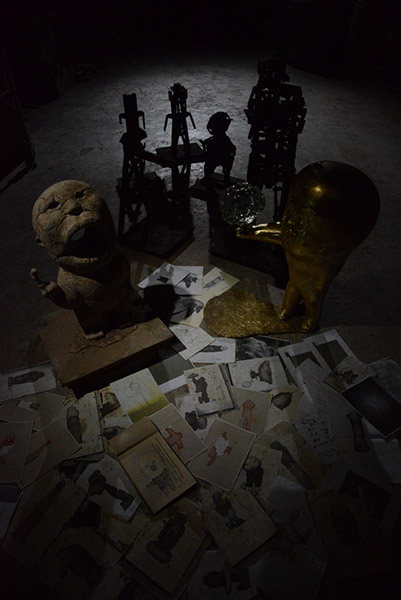