Chu Weibor is 89 years old. He was born in Nanjing in 1929, originally named Wushun, and came to Taiwan with the troops in 1949. A military man with a passion for painting, he decided to study under LIAO Jichun after seeing a newspaper advertisement of his “Yun-He Art Studio”. “I had a monthly salary of 66 dollars for my position as a lieutenant, and my tuition cost me 50 dollars, which left me with only 16 dollars,” Chu Weibor recalls that time 65 years ago. Chu Weibor’s service troop just happened to station at Jingmei Elementary School; upon accepting Li Yuan-Chia’s invitation, Chu joined the Eastern Art Association’s gatherings in Jingmei Elementary School in 1955, and officially joined the “Eastern Art Association” in 1958, greatly influenced by LI Chunsheng’s – “Pioneer of Taiwanese Modern Painting” – teachings and concepts.

As a third generation seamster, Chu Weibor acknowledges and obviously very much enjoys the inherent texture of materials and colors, employing his fine workmanship to construct a sense of space; In 1960, the joint exhibition of “Eastern Art Association” and the European International Art Exhibition took place at the Taipei Press Building. Chu was then inspired by Lucio Fontana, the founder of Spatialism. Between 1962 and 68, Chu broke through the limitation of plane and began his works with aesthetic of space constructed by materials. Such a change provides Chu’s pursuit of artistic expression with spirituality. He integrates the concept of abstract art that Eastern Art Association maintains to explore Chinese humanistic spirit and sensibilities and the characteristic of calligraphy as a manifestation of the free spirit. Therefore, his minimalistic style is not impersonal but rather grounded and warm; this is the result of gradual evolution under the guidance of a warm heart of the artist.

Chu Weibor of the Eastern Art Association strives to seek and express the “Eastern spirit” as his most valuable motivation when creating artwork with any material or in any form. While observing his creative career which now spans over 60 years, one can sense the self-awareness incited when faced with the clash of the new waves of Western aesthetics; this same self-awareness prompts him to sculpt out the integrity of aesthetics residing within artistic concepts through Eastern philosophies.

In comparison, Fontana, the founder of “Spatialism”, felt inclined to eradicate pre-existing Formalist ideas through acts of puncturing, slashing and digging, which are all static states after acts of destructions; Chu Weibor’s “po” (rupture) is, on the other hand, subtle and natural, through methods of folding and creasing the cotton or linen, they convey an air of genuineness and authenticity through the interwoven lines. His methodical cutting technique slices open the picture delicately, allowing the multihued fabrics filled in the back to pour out openly, freely yet subtly. The warmth in Chu Weibor’s work originates from his usage of the imagery of “circle” to unify “all things” – this is precisely a change that occurs as a result of constantly complying with a “repetitive” rhythm; “the formless as the essence” is both a spirit and realm of Zen embodied in his work and a method to transition from the expression of mock traditional Chinese landscape works to one that fuses the philosophies of both Taoism and Zen – the expression of “conformity”. The artistic approach of “Taoist ‘conformity’ and Zen Buddhist ‘sunyata’ (emptiness)” are the principal methods in his mixed media works. Chu once said: “One can only be ‘enlightened’ if the door into one’s soul is opened; humans can thus be “enlightened”, inspired creativity, and be on the path to ‘full enlightenment’. The path to ‘enlightenment’ relies solely on oneself, as we all seek full enlightenment and freedom in the end.” He thus wishes we speak kind words, do good deeds, and wish for “great luck” to befall. The Great Luck series of recent years exudes the quality of Buddha nature; just as saying “Buddha needs to be clothed in gold”, he does not directly interpret the image of a Buddha but opts for an abstract expression in his creation.

In the 1960s, the joint effort of Eastern Art Association and the Fifth Moon Group with the flourishing art associations throughout Taiwan enabled a thrive in the development of art. The progressiveness of this generation of artists had in turn projected a great influence on its successors. With the introduction of modern art concept, coupled with an approach that integrated the East and West, a powerful stance was thereby proposed. As a continuation of the 2016 group exhibition “The Origin of Taiwan Modern Art” and “The Eternal Abstract: Fong Chung-Ray Solo Exhibition” of 2017, Asia Art Center has been a dedicated force in promoting the spirit of Taiwanese Modern art. Asia Art Center holds the “Chu Weibor, Fong Chung-Ray Dual Solo Exhibitions” at Art Basel Hong Kong (Hong Kong Convention and Exhibition Centre, 1 Harbour Road, Wan Chai) during Chu Weibor’s retrospective exhibition, focusing on works from 1960s to 70s of the two artists from Eastern Art Association and the Fifth Moon Group, retracing histories through treasured manuscripts from the year 1957.

The Origin of Life

The Fountainhead of Benevolence

To Touch the Heartstrings: Stick Series

Start Over (Reset to Zero) 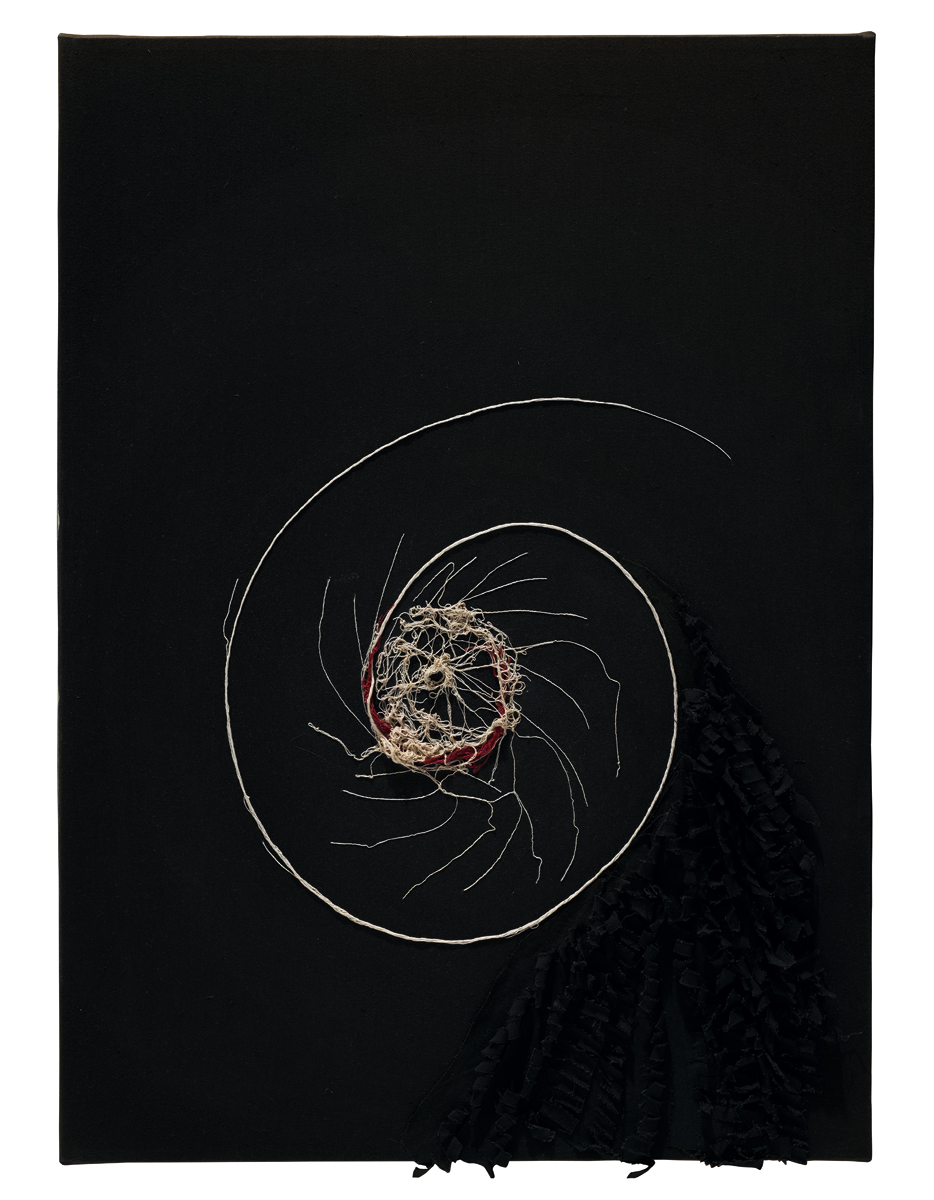 Jump of The Squares

The Sun in the Heart