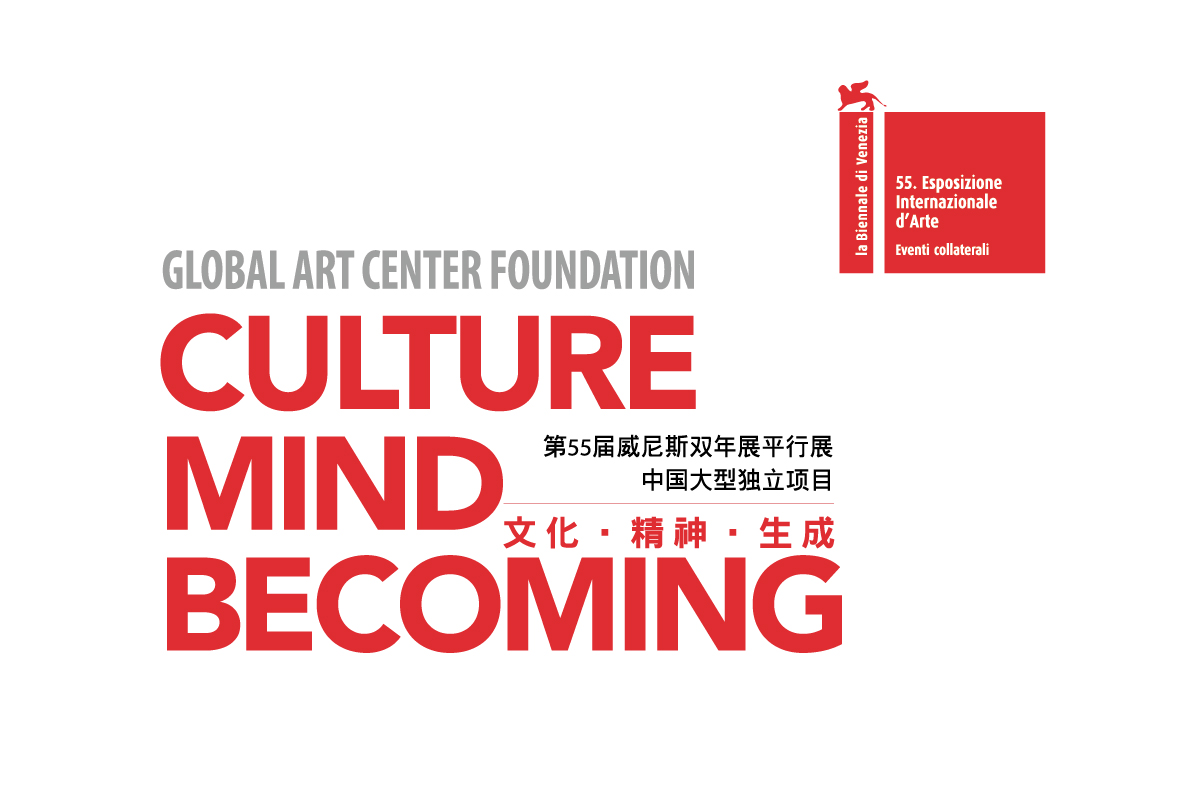 The 55th International Art Exhibition titled Il Palazzo Enciclopedico (The Encyclopedic Palace) is opening to the public from 1st June to 24th November 2013. Global Art Center Foundation (GACF), leading art organization in Europe, had invited Asia Art Center to jointly launch “Culture· Mind· Becoming” – an exhibition of outstanding art by a group of Chinese artists that aims to juxtapose the cultural impact, appropriation, reflection, and reinvention existing in the Chinese culture through the lens of globalization. Several important artists recommended by Asia Art Center including Chuang Che, Yang Chihung, and Li Chen, are highly recognized by the foundation and biennale selection committee. The exhibition will be on view at Palazzo Mora and Palazzo Marcello. Under the holistic context of “Encyclopedic Palace”, the exhibition aims to re-discover a panorama of artistic presentations that are imbued with the “Spirit of the East”.

In a furthered attempt to promote understanding of Eastern art, GACF appointed Asia Art Center as the exclusive strategic partner in Asia responsible for inviting, recommending, and selecting representative Asian artists and architects for international events such as the Venice Art Biennale and Venice International Architecture Biennale. This partnership aims to outline the Eastern contemporary art structure, as well as to raise awareness about Asian artists and architects through international exhibitions, promoting a comparative discussion between Eastern and Western art and architecture at various levels. This collaboration serves to become a cross-cultural and international platform for art.

The first section “Re-discover” is curated by Karlyn De Jongh, a notable independent curator from the Netherlands, echoing the “Spirit of the East” that Asia Art Center embraces. These artists belong to a generation that witnessed the beginning and early transformation of a new era and along with it, the development of Chinese art history. As the Chinese contemporary arts faced the impact and influence of Western arts, the artists have become conscious of an imperative to rediscover their own cultural roots as the deep nutritive sources for their authentic expressions. These artists represent the so-called “Spirit of the East,” and their works are imbued with this concept! The works of art embody a strong national character and locality, yet at the same time show an unprecedented openness to cultural versatility. These artists search for a union of mankind and objects with nature. This stream of thought relies on continuous experimentation and freedom of expression, and will eventually elicit an independent vernacular in an expressive language that represents the Eastern aesthetics. With the 55th annual Venice Art Biennale in 2013 theme being “Encyclopedia Palace”, “Spirit of the East” is certainly conjoined to the Biennale as it explores the cultural and conceptual aspects of the theme.

This section invites 19 celebrated Chinese contemporary artists to exhibit their artwork. The foundation is especially approved of acclaimed Taiwanese artists recommended by Asia Art Center: Chuang Che, Yang Chihung, and Li Chen. Chuang Che, following in the footsteps of French-based Chinese artists as Zao Wou-Ki and Chu Teh-Chun, joined the “Fifth Moon Group” and promoted the combination of “Chinese literati painting tradition” and “Western abstract expressionism.” He contributes much to the diverse contemporary style of modern Taiwanese painting. Yang Chihung, well known in the art scenes of Taiwan and New York, although the artist mainly uses pigment and acrylic to paint, one can still discern his creative idea, composition, and brush strokes are of Eastern culture. Li Chen, a renowned sculptor who accomplished a style which has fully liberated itself from the confines of tradition by incorporating feelings of self-mindfulness and interpretations of Chinese classics from the Buddhist and Taoist traditions, blended with contemporary thought, evincing a remarkably refreshing and natural affect. The group exhibition also includes Cai Guoqiang’s work of gunpowder on paper, Zhang Huan’s ash on linen representation, Xu Bing’s white Phoenix inspired by Chinese legend, Zhou Chunya’s Peach Blossoms Series, Ying Tianqi’s empathy for historical ruins in China, and Huang Zhiyang’s work using ink and mineral color on silk, Hua Qing’s daringly bold strokes and Han Tao’s installation tower as metaphor for our precarious living conditions , they all demonstrate unique contemporary characters of Eastern culture.

The second section “Ingrandimento” is curated by Chinese renowned independent curator Huang Du and Yang Shinyi, co-organized by Beautiful Asset in Beijing. “Ingrandimento” invited some 19 artists to participate, including the famous Abstractionist painter Mao Lizi, the famed artist Xu Bing who presented his new multimedia Work On Site, Zhang Huan with his film To Raise the Water Level in a Fishpond. For the curator, “Ingrandimento” does not mean a mere microscopic enlargement of the overall expression of contemporary Chinese arts, nor does it intend to create its own new descriptive jargon, but to use a little to express a lot, as the means of expressing and realizing the contemporary Chinese artistic aesthetic in its grandest variety.

The third section “Fang Lijun-A Cautionary Vision” is curated by Danilo Eccher, the current director of Galleria Civica d’Arte Moderna e Contemporanea (GAM) at Turin city in Italy, and co-organized by Art of Two Centuries gallery in Beijing. Fang Lijun, the most prominent figure of post ‘89 China New Art, will showcase his most recent 11 works in the Venice Art Biennale. Bounding up in the themes of complexity, identity and size give form to dreams and bring forward the most unspeakable visions. The quality of recognizability is achieved by the artist through both multiplicity and particularity, the crowd and the individual, the mass and the singular. His work represents a way of reinterpreting the complexity of reality, not only through the mechanisms of simplification and schematization, but also according to the criteria of sum and multiplication, outlining pileups and visual gridlock, compressing images and amplifying perspectives. Behind the childlike imagery there is the artist’s calm and balanced narrative, examining an individual’s cautionary vision in the reality of the world.

Green Rock and Splendid Cloud
No.2

Liu Zhengyong: The Pain of A Country

Hou Xiaowei: The Deserted Yard -No.2