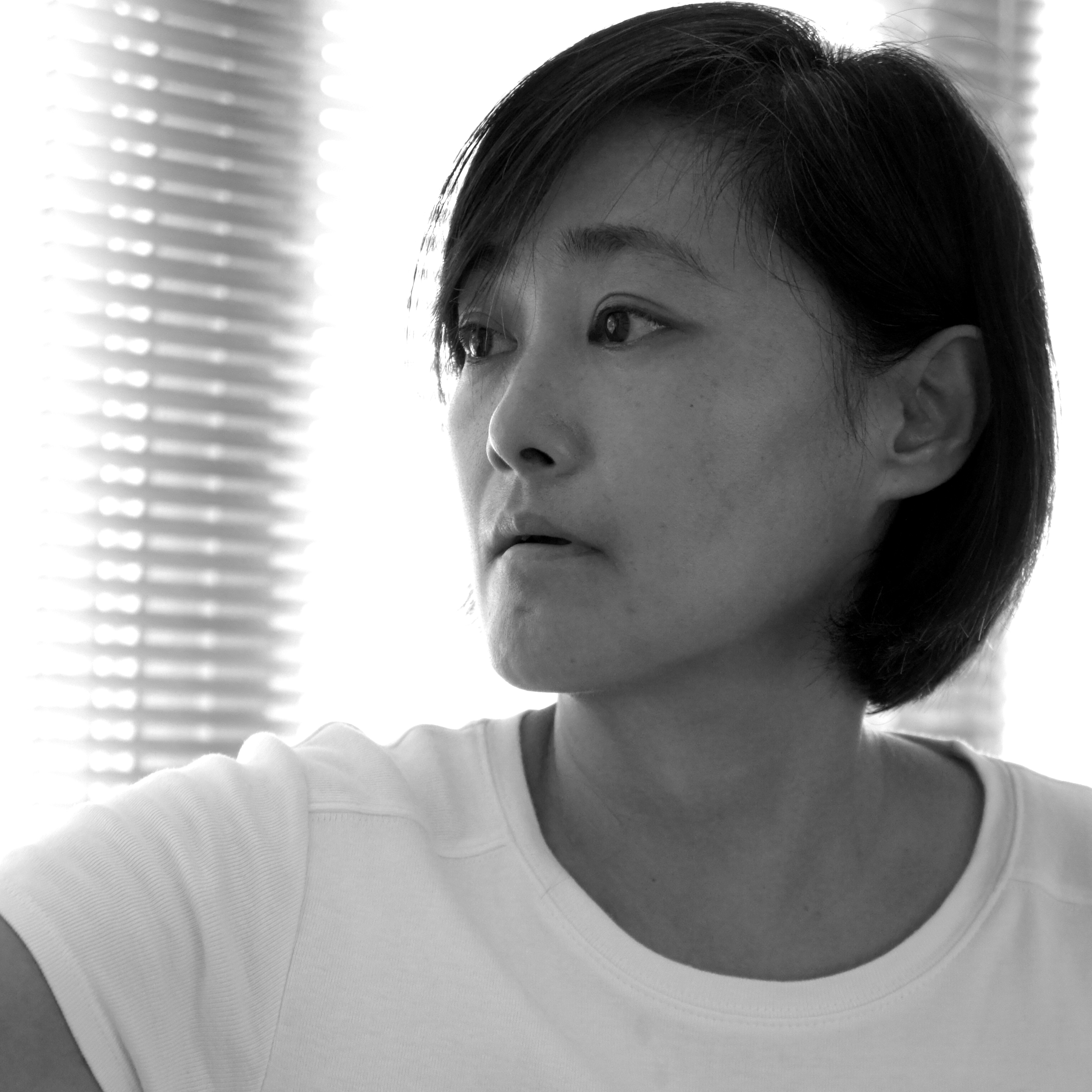 DONG Shawhwei was born in 1962 in Taipei, Taiwan. She received her B.A. and M.F.A. from the Department of Fine Arts at National Taiwan Normal University, and worked as an art teacher in Taipei Municipal Song-Shan Senior High School. Dong traveled in Europe several times for solo exhibitions and published catalogs in 1994-2007. She has worked as Adjunct Associate Professor at the University of Taipei Department of Visual Arts. In her early period, she studied the style of impressionism, and learned how to express the shadows and color from western painting. She devoted to analysis of the Zhuangzi’s thought and aesthetics when she studied in the graduate school of art. The thesis was published as the book Aesthetic Significance of Zhuangzi’s Thought, gradually refining and adding depth to her painting style, and also started a process of self-realization through uniting her life and her art. Since the late 1990s, she created her unique style with the “Still Life of Black Table Series”, as well as the “Courtyard in Black and White Series”. Dong restructured the common space in daily life on her paintings with many plants, wooden tables and chairs. Her important solo exhibitions include Twin Oaks of National Register of Historic Places in the Washington, D.C., and Unfettered Heart – 2013 Dong Shawhwei New Works Solo Exhibition at Asia Art Center Taipei in 2013. Her recent exhibition is In Courtyard, Recollecting Precious Moments of Life: Dong Shaw-hwei 2017 Solo Exhibition at National Museum of History, Taiwan in 2017. 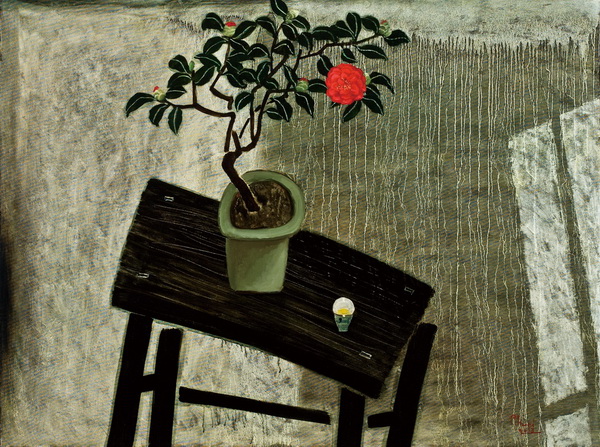 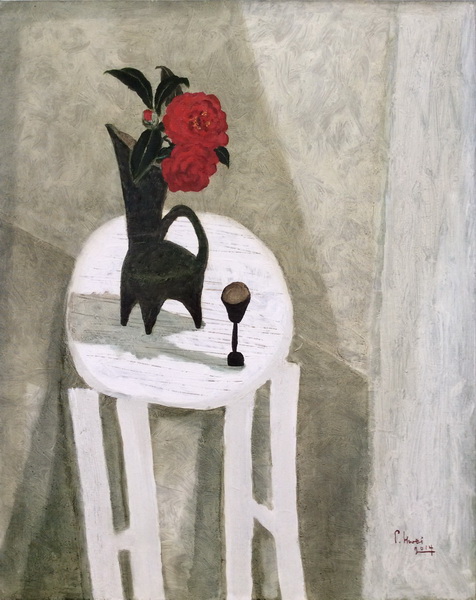 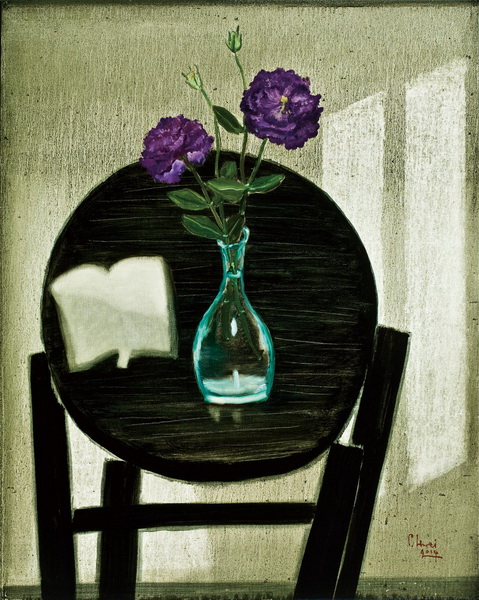 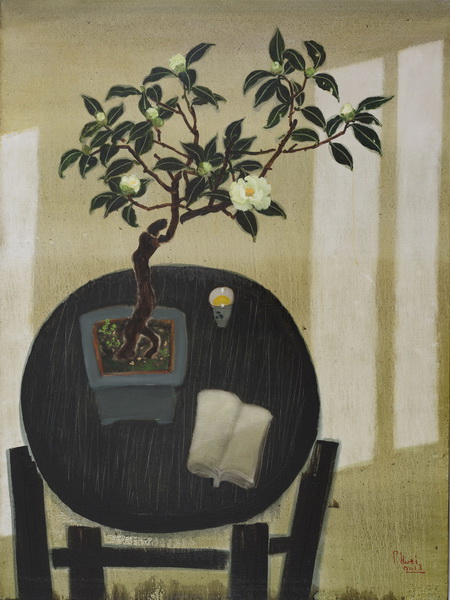 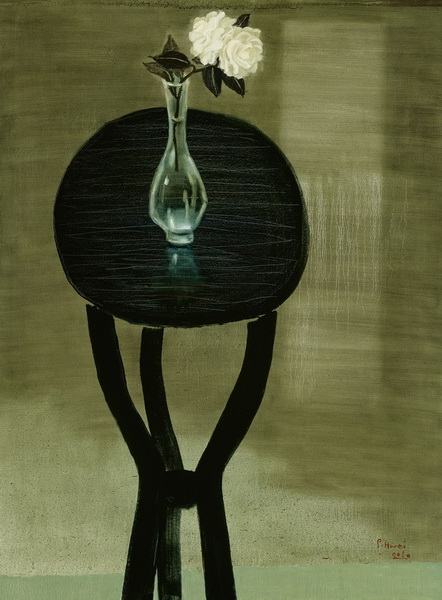 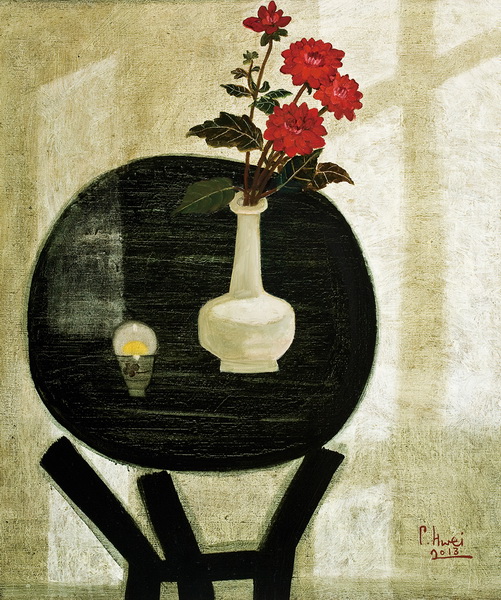 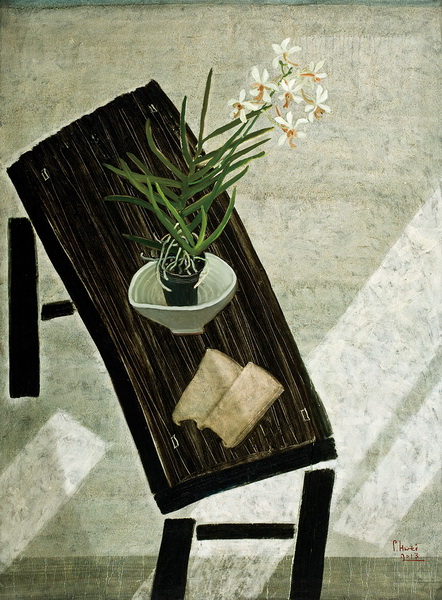 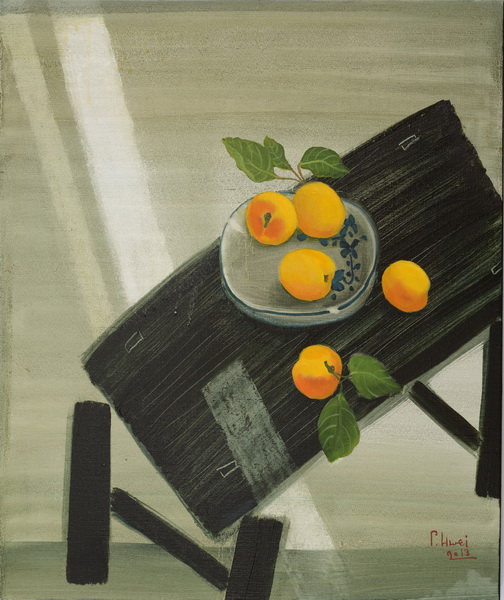 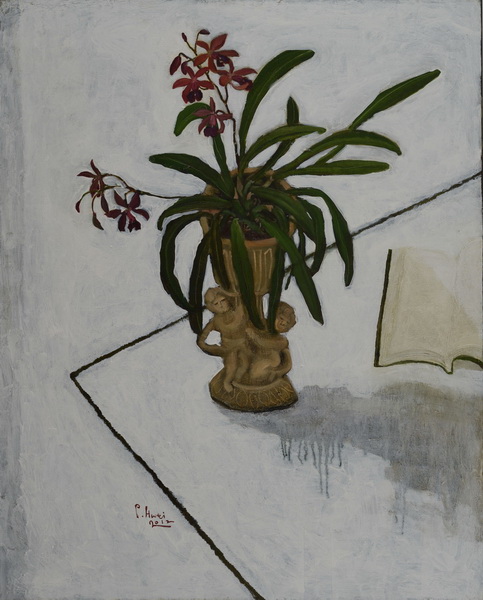 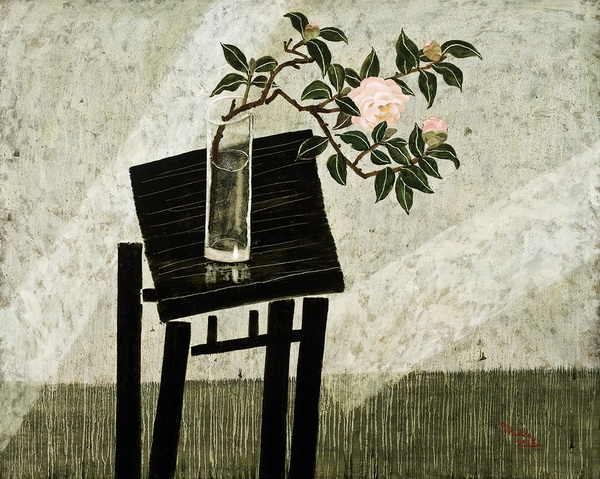 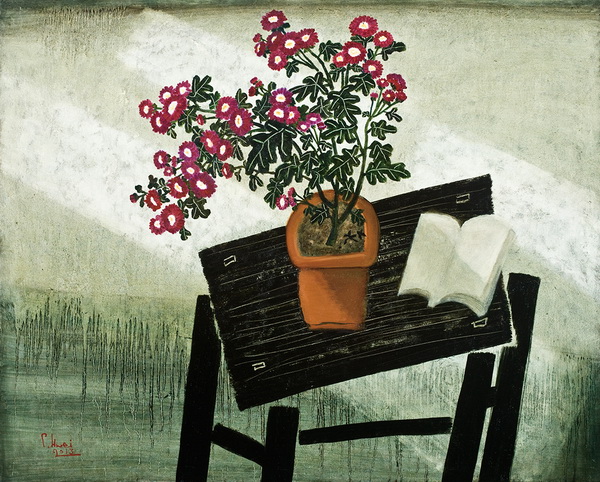 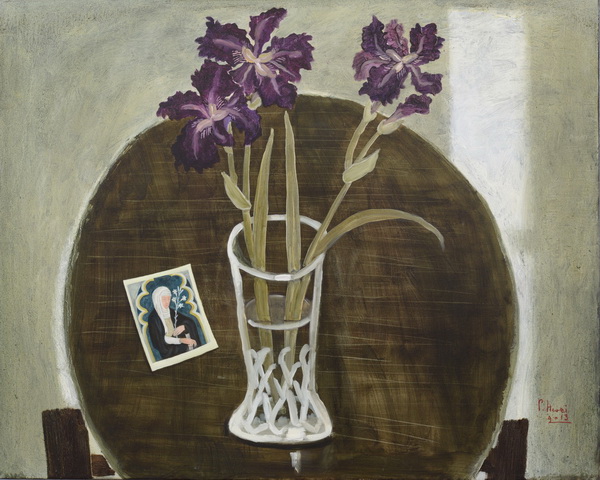 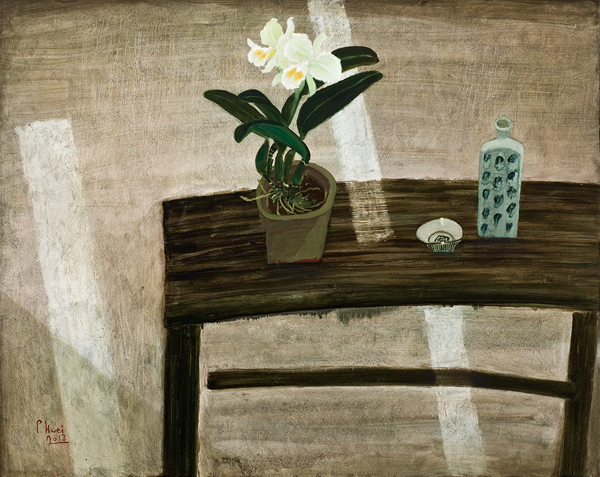 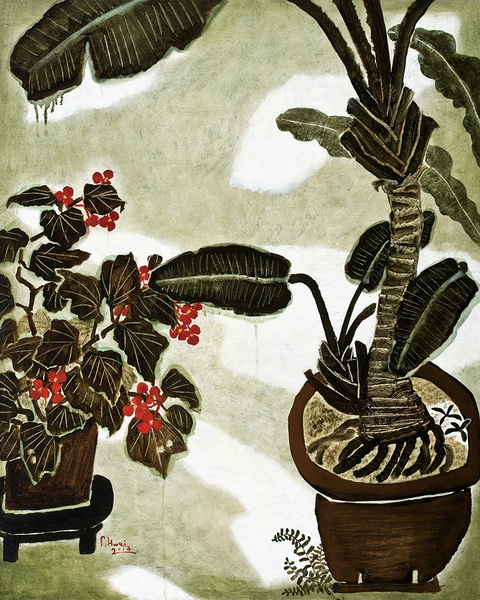 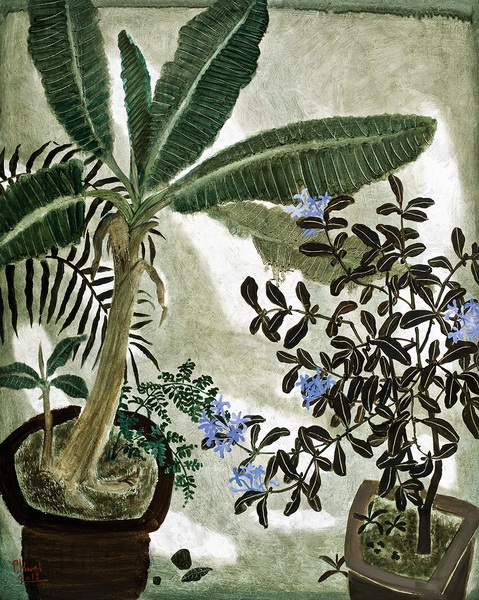 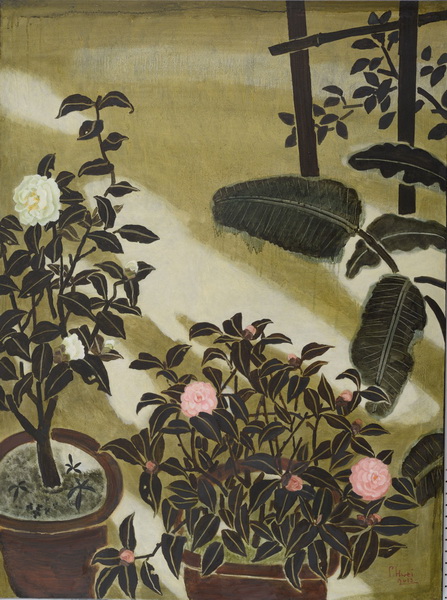 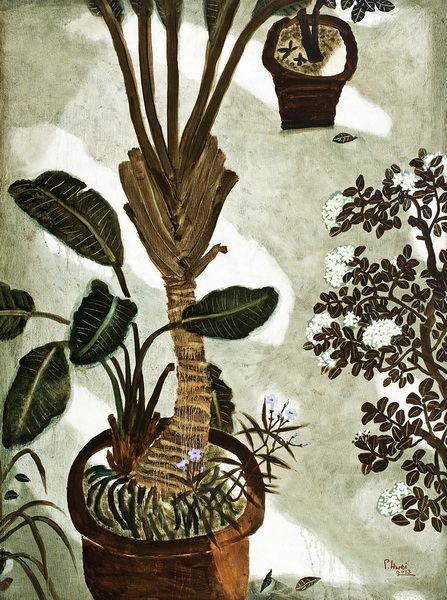 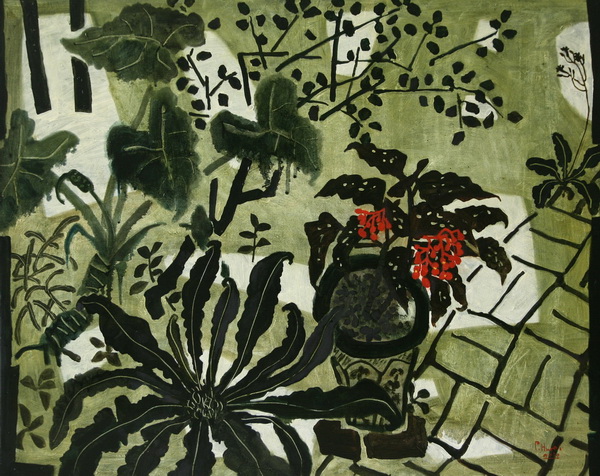