Yuyu Yang was born in Yilan 1926, deceased in Hsin-Chu 1997, his aesthetics focuses on nature, simplicity, and tolerance. Yuyu Yang has been to a lot of different schools including “Tokyo National University of Fine Arts & Music、Fu Jen University、National Taiwan Normal University、Italy National Sculpture Academy and created numerous exciting works with his adventurous spirit

From the classic scripture, Tai-Chi, and Yuan-Gang Buddha stone carving art, Yuyu Yang had understood the essence of Chinese culture; and from the trip to Italy, he had realized the difference between the oriental and occidental aesthetics. He chose to give up the western technology which over-pursuits material, and sought for the merge with universe. He published the idea of Lifescape Sculpture in the 70’s, using clean and modern materials to incorporate the viewer and environment; simple yet, powerful geometric forms to present Buddhism philosophy and Chinese aesthetics. He realized the idea of sculpture is the combination of external scenery and internal spirit, and human beings are deeply influenced by the universe.

This exhibition includes 12 pieces of sculpture during Yuyu Yang’s peak. The simplified stainless steel pieces which represents the dragon, transformed into the piece: Phoenix with precision and delicateness. Dragon is the source of power, where phoenix symbolizes the harmonious wisdom of Chinese culture; and the intertwined piece: Growth which represents the vitality of the flourish trees, as if a dragon has erected from the earth, in its glorious form, contents the heart of generosity and innocence. We believe this exhibition helping people understand the essence of Yuyu Yang’s sculpture and his philosophy that surpasses time and space. 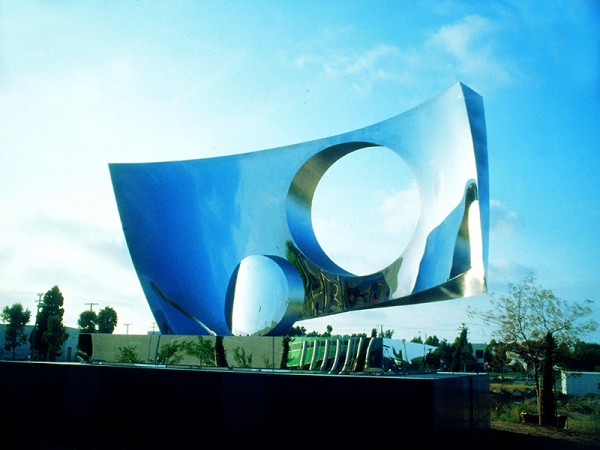