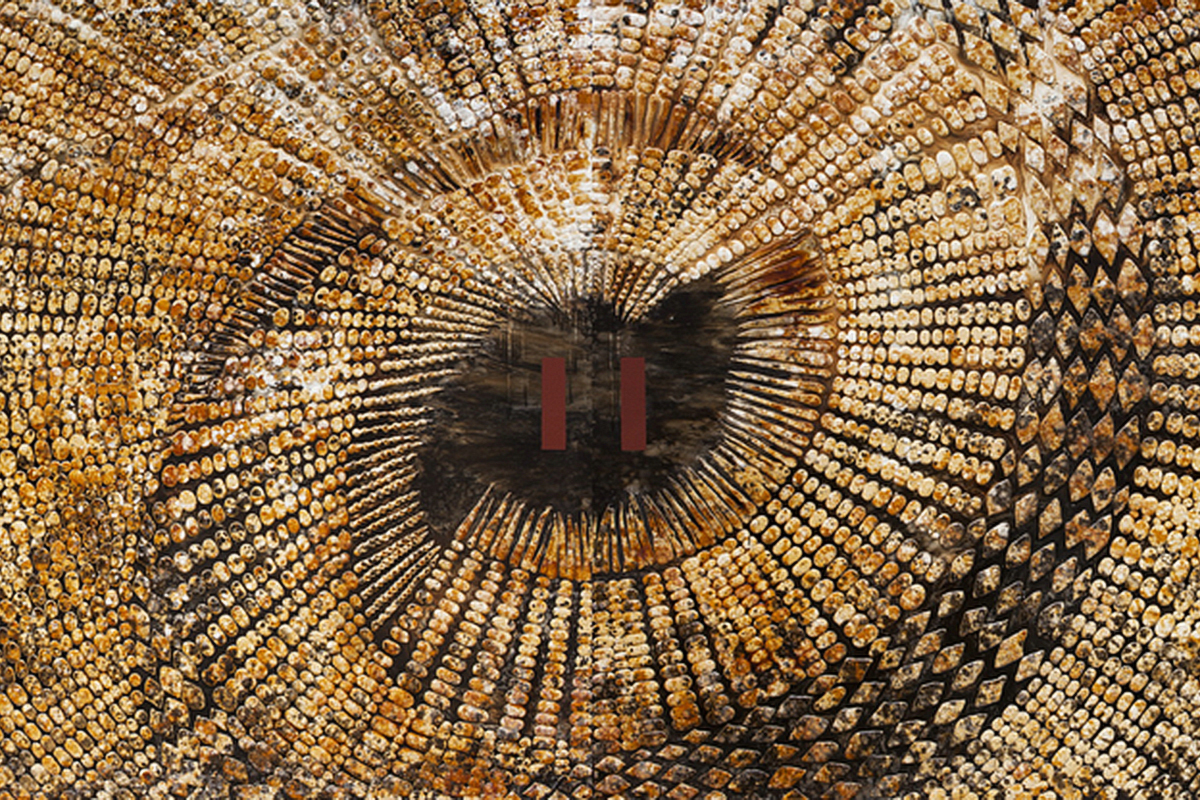 When Picasso integrated musical scores and newspaper shreds as collage into the screen, his mix of sand, sawdust and pigment painted on canvas served to create completely new artistic visual effects, which opened the door to mixed media painting for us, thereby moving the public’s conception of painting, to the broader inclusion of the materiality and the emotive message of the media, and the use of media became a channel for the expression of the painter’s emotions. While on the one hand the artist established the overall picture with a great variety of interpretive senses, and on the other hand expanding the reach of artistic boundaries, thereby enriching the artistic language, permitting the up and down changes in the flat screen of two-dimensionality to have both three-dimensionality and a visual touch. With the arrival of the new autumn in September, the artist Zhang Guolong and the Asia Art Center are pleased to jointly present their brand new mixed media solo exhibition: “Elaboration• Orientation” Zhang Guolong 2013. In Zhang’s works one often finds the theme of “Du”, for example: Jiaodu (Angle), Xiangdu (Dimension), Weidu (Dimensionality), and in the viewpoint of the aesthetist and philosopher Li Zehou such “Du” refers to the philosophical notion of a logical starting point, as from the perspective of the Confucian Great Mean, “Du” refers to a state of homeostatic balance where the supernal yin and yang are held in a continuous unified dialectic balance, which is natural. Thus this “Elaboration• Orientation” exhibition represents the creative artistic exploration of Zhang Guolong as well as the path of his progression to artistic perfection. In the early 1990s Zhang Guolong visited Germany, and during his stay there he met the master Klaus Jurgen-Fischer and while Zhang had been focused on native realism before then, he was amazed by the variety of German artistic expression, especially since neo-expressionism had always lingered in Zhang, and this all served to stimulate his abstractionism. So after returning to China he continued to incorporate mixed media painting and experimental arts into his creative work. Each of the transformations in his artistic style intimates that he has progressed to a newer depth of artistic innovation, and represents the process of heightening his artistic conceptions. Over an expansive artistic career nearing three decades, Zhang Guolong’s works have focused around two principal themes: one centers around life, expressing thoughts about man and life; another focuses on the relations of rationality and emotionality, searching for the elusive and contradictory unity of the rational and emotional. Zhang Guolong considers himself to be an academic-type artist; with a heritage of both technical skills and advanced research, along with the desire to express himself individually, and these dual aspects unite to perfectly mesh with Zhang’s creative profile, much as the art critic Liu Xiaochun noted in a critique: “Zhang Guolong’s works import elements of a cold abstractionism into hot abstraction, as if opening a window to a rational world”.

For Zhang Guolong artistic creation is initially a social or cultural behavior, and from this signification one can see how his perception of Asian culture or the Oriental spirit, seeks to stimulate the authentic, while promoting the individualistic and ethnic artistic elements: soil, especially the sense of the yellow soil, is not merely a physical media, but also includes the unique sense of the Chinese peoples, as an image and symbol of Chinese culture. One also sees that the deeply Oriental sense of media such as lacquer, xuan paper, and stele rubbings used in creative works represents to the contemporary artistic expression elements of evoking life, the universe and space-time, which pose questions in the universal artistic language fostering a dialogue and encounter with the West. In these representations it is not so much the visual sense and the stele itself, but the logical relations they iterate, and the Oriental cultural context they evoke. His contemporary works and their themes of the restoration through life, yellow soil, black and white, square and round, yin and yang, heaven and earth: swayed by the unrestrained passion of the media, with the liveliness of the cold and warm colors pouring forth, the combination of colors in an orchestra of colliding high and low notes, heavy and full of expressive pathos; the bohemian swath of the pen knife, revealing subtle, sophisticated texture, and the rapid spray of lines represent the artist’s erupting vitality, while the uncomplicated arrangement and stern sense also provide a measure for the work’s success, amid the very heavy feeling of the screen with its visual tension creating an embedded stability, with rigid triangular and rectangular geometric shapes!

This artist who has long taught at the China Central Academy of the Fine Arts has also long meditated on the language of the media and exploration, while writing numerous papers on the creative process of comprehensive mixed media. His studious approach to media studies and robust approach to creative innovation strive for a precarious balance. He takes media in perspective, in a manner reminiscent of his personal consciousness and ideology. As for the physicality of media, the unique textures and hidden sense serve to enrich the signification of the works, providing the viewer with much food for thought. As the visual art psychologist Rudolf Arnheim noted: “great works of art are necessarily complex, but we praise them for their simplicity too, these works have a rich signification, and their detailed foundations serve to form a sense and form of their overall structure”. Moreover, mixed media painting involves experimentation and randomness which attract the artist to continual re-exploration of unlimited possibilities revealed through their creation.

As for “Elaboration•Orientation”, Zhang Guolong has his own understanding: “the artistic endeavor and the state of our lives are the same, rather than expressing the do’s and don’ts, its better to try to do ‘what you can, and do it appropriately’. There must be some emotion, some stimulant, some shock, but does this shock really mean we have expressed our voice loudly? Or used a lot of color? Or does it represent a wild, unbounded state? Maybe the real shock would be to control one’s tiniest visual perceptions, spiritual engagement and emotive involvement, so that your accumulated success stimulates further greatness. The artistic process is thus, and so too with humanity, as the traditional Chinese proverb puts it, ‘perfectly suited’. ” With paintings much like the painter, the bold and expansive artistic style reflective of his roots in northern China, reflecting different perspectives on life, the universe and space-time, explored in depth with solemnity.