Paiwan artist, Etan Pavavalung, was born into the Tavadran tribe of Dashe village, Sandimen town in Pingtung County. He grew up in the renowned Pulima artisan family and was immersed in Paiwan life where traditional arts and culture are showcased everywhere. It would also set the tone for his future art creations. When studying at Yushan Theological College and Seminary and Tainan Theological College and Seminary, he was inspired to contemplate on philosophy and religious art. Besides writing poems and prose, he is also a director of several documentaries excelling at imagery poetry. He has also been learning and keeping records on the Paiwanese mouth-blown and nose flutes, and as a consequence the Ministry of Culture designated him as a cultural ambassador of the traditional performing arts. His innovative art form, “Trace Layer Carve Paint”, has become the signature feature of his artwork.

Etan’s creative art is deeply embedded in his subjectivity about his culture, and his reflections on society and the eco system. In the 1990’s, during the “Return Our Lands” and “Regain Our Names” indigenous movements, Etan took the flower lily, the token of the tribe’s spirit, and represented it on posters and T-shirts in the hope of strengthening identity. He excels at presenting the multiple cultural imagery and depictions of the indigenous Taiwan lily. Through personified visual movements, he creates harmony between humanity and the natural eco system. The aesthetic concept behind his mother culture, “Vecik” (lines, patterns and words), nourishes his exploration in art performance. In 2009, Etan took gravers to be his pens and wood board as his canvas, and created “Trace Layer Carve Paint” as his anchor in terms of technique and form in the visual arts. “Trace Layer Carve Paint” shows the “trace” that the creator leaves on nature and the earth, and the civilized texture that is piled up in the “layers” of stone slab houses. Etan “carves” down deep into the cultural spirit, “paints” and widen artistic possibilities.

Etan has participated in numerous important exhibitions, such as “Transgression throughout the Volatile World Inaugural Exhibition of Asia Art Center Taipei New Flagship Space” at Asia Art Center Taipei in 2021, Art-Taipei 2018; “A Beast, a God, a Line”, an international joint exhibition at the Museum of Modern Art in Warsaw; opening animation design for Taipei’s 2017 Universiade, the “Vibrant Island, Psalm of Life”; resident artist at Charles Darwin University, Australia; “Encounter in that End of the Forest” represented Taiwan as the Director in Focus at the 2017 Taiwan International Ethnographic Film Festival; resident artist in d’abord les forêts… / opus 2; “Taiwan Biennial: Yes, Taiwan!”. His solo exhibitions include “Reading Sa-qati”, NCTU Art Center, Hsinchu, Taiwan; “Gazing at Taiwan Lily”, Chung-Shan National Gallery, 2017; “Encounter, in that End of the Forest”, Providence University, Art Center, 2014; “The Fragrant Mountain Winds”, Taipei Fine Arts Museum. Outside of developing his own artwork, Etan has also been joint curator of the Greater Sandimen Arts Festivals. He is one of the key coordinators in promoting the greater Sandimen contemporary arts. 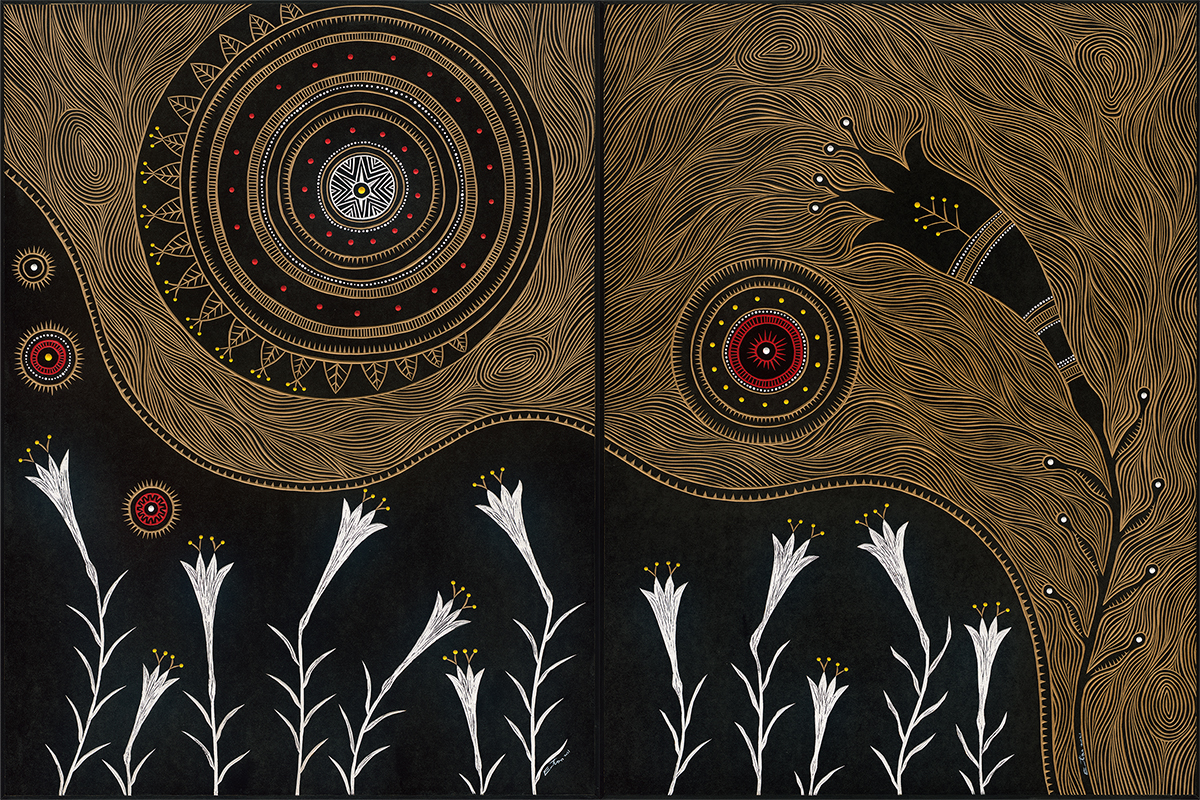 Lilies Having Something to Say

I found a field in the mountain of my spirit I

I found a field in the mountain of my spirit II

I saw the light behind it I

I saw the light behind it II

It is my sacred mountain I

It is my sacred mountain II I keep going with her warmth 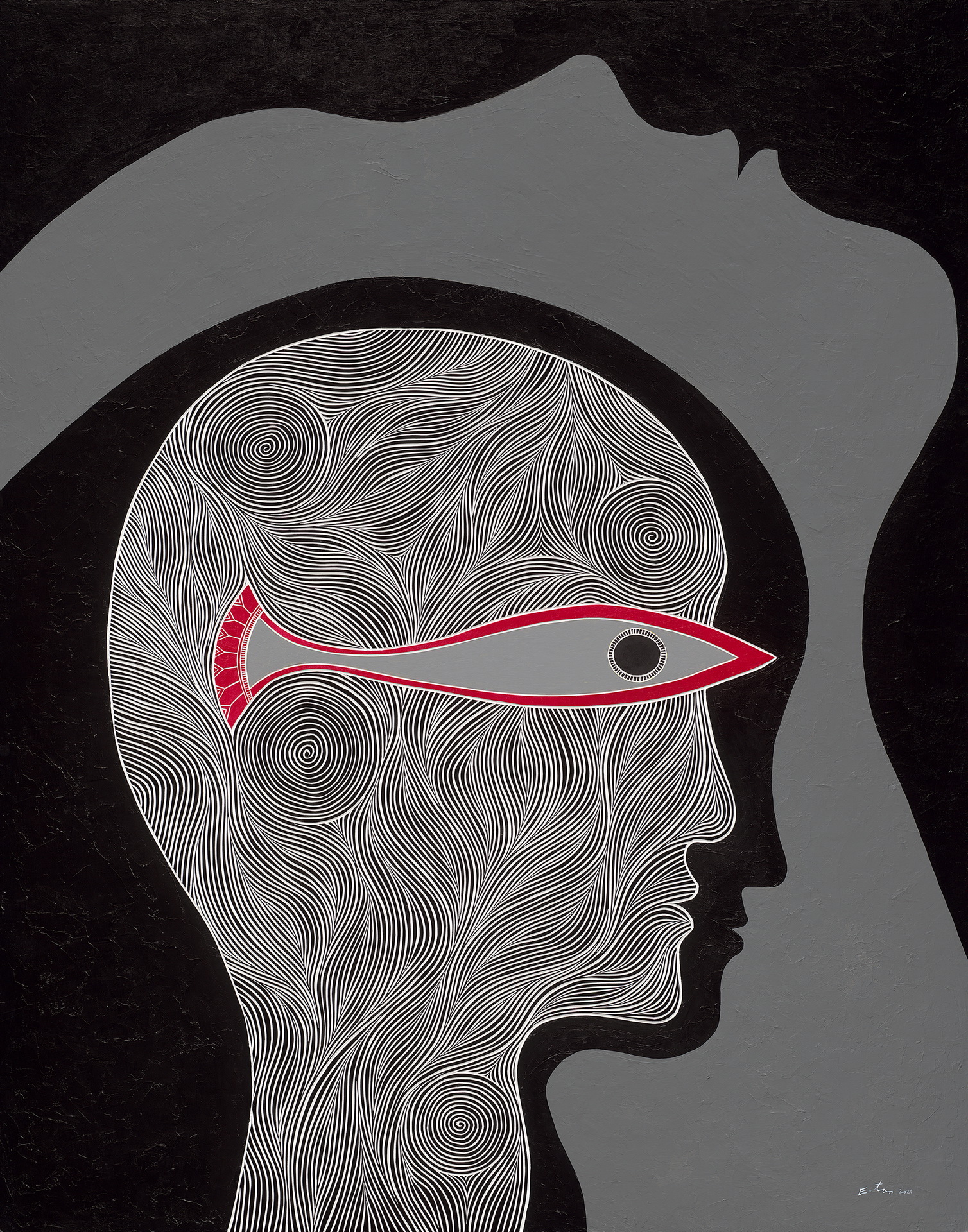 I am free as I am

I seek shelter in the season 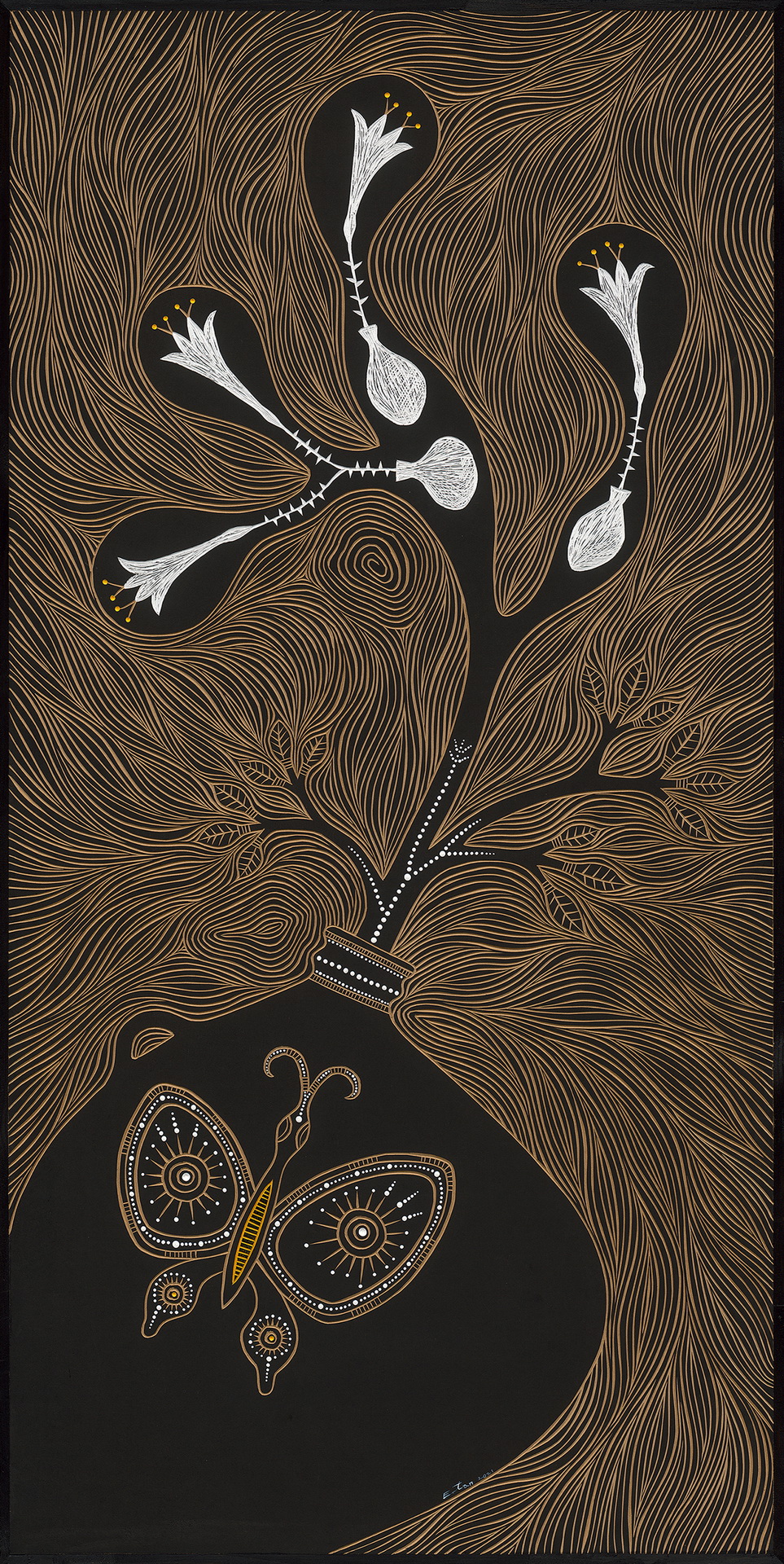 I read, discourse in the scape I I read, discourse in the scape II I read, discourse in the scape III

Between Heaven and Earth