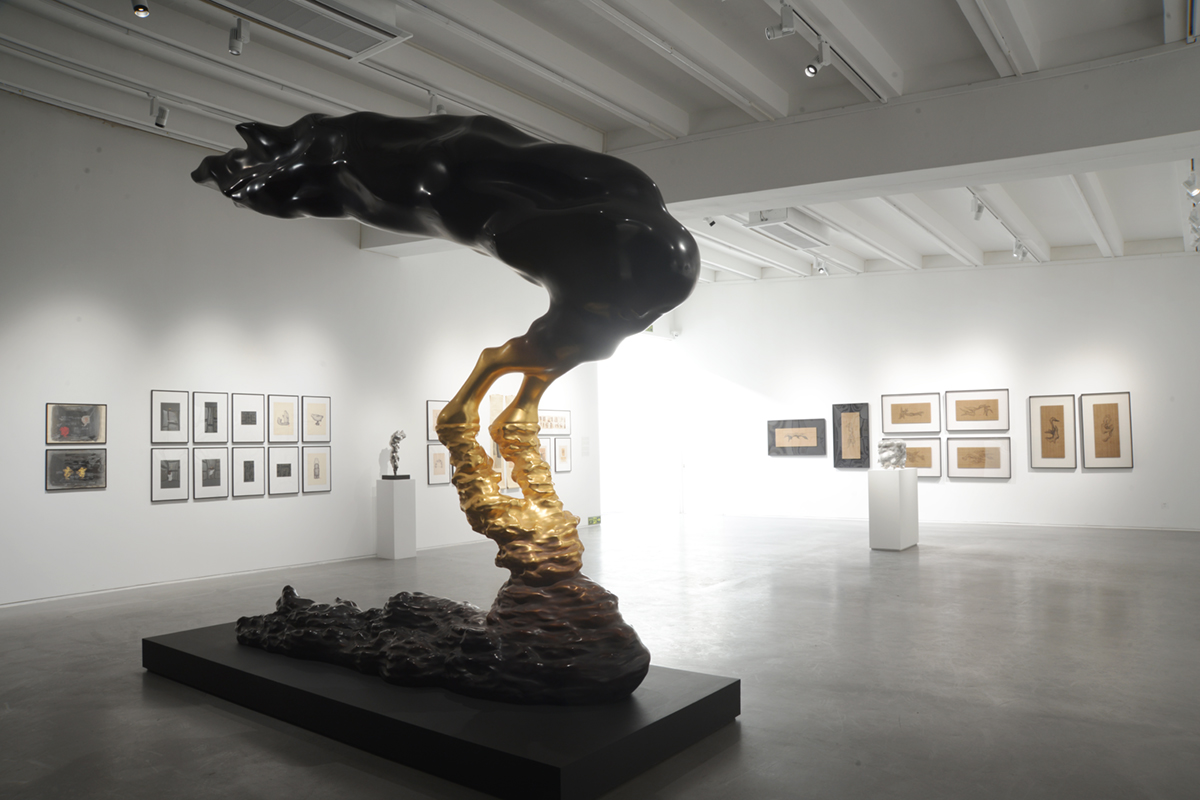 As a sculptor with a high reputation in the contemporary art world, Li Chen’s sculptures solved many factors of contradictions and unification. Li Chen has a signature sculptural style that is unbound by the western modeling language; instead, he seeks to construct the discourse power of oriental sculpture through his practice. Discarding the complexity of artistic symbols, The Ethereal Cloud series endows the solid (sculpture) with clouds of smoke, and displays the energy and spirit of oriental philosophical thinking. The latest Ethereal Cloud painting series uses dense ink lines to create a native language, where the lines are transformed into images of rocks, characters and so on. It makes the works having a spontaneous and natural form, which is unique, eccentric and infinitely reproducing.

Li Chen’s Ethereal Cloud series can be traced back to 2011. Since then his works has undergone various changes, sometimes resembling deadwood, figures, or the cursive calligraphy of Huaisu. The eccentric shapes seem like flying rocks from the deep universe, creating a dynamic tension of freehand abstraction. As Li Chen once said, “If the initial stage of my creation is me trying to capture all in one, the Ethereal Cloud of today is all spontaneously falling into one.” Ethereal Cloud can be viewed from any direction and remains self-contained. This “four views in one picture” perspective is unique of the Ethereal Cloud series works. It is the new oriental spirit that Li Chen is in search for – inheriting the classical while being contemporary, fully expressing the state of “Unrestrained between Heaven and Earth”.

For a thorough investigation of the Ethereal Cloud, this exhibition also features Li Chen’s selected early ink paintings, sculpture sketches and cloud shape totem works from the 1980s to the 1990s. These early works indicate how Li Chen has evolved from formalism to organic forms with poetic and meticulous quality. Integrating classical tranquility and wild imagination, Li Chen’s artistic expression transcends the language of western artistic forms and generates his “native” language. The spontaneity in his freehand style abounds with cultural symbols of the new oriental spirit.

Multitude of Altitudes．Uprising (I) (Detail) 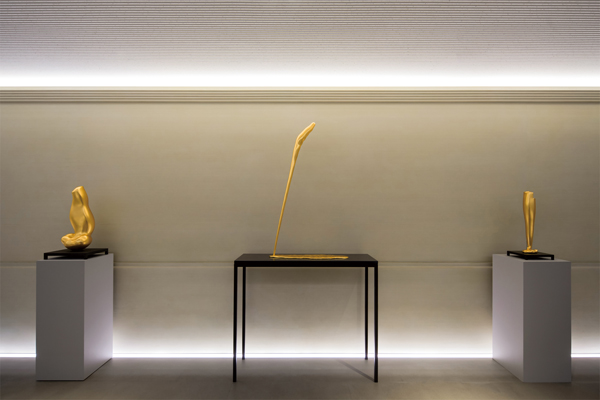