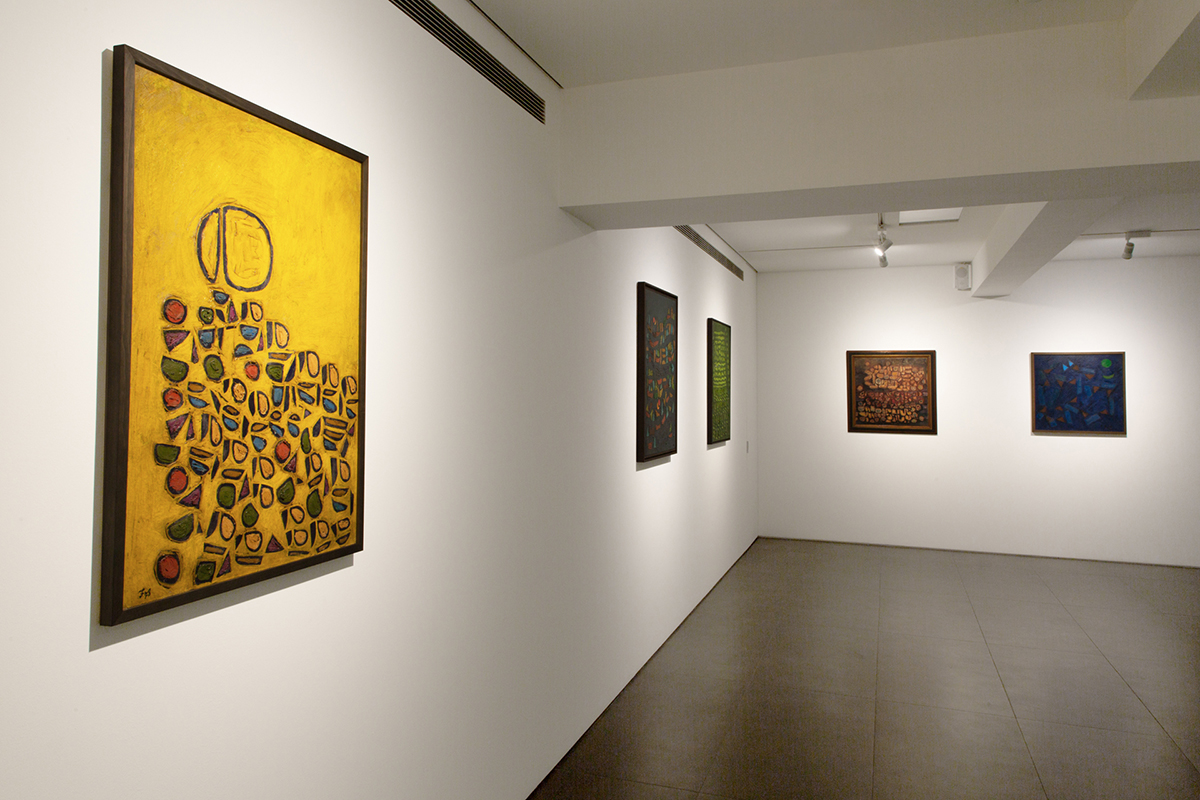 An inimitable figure in the development of Indonesian abstract painting, Fadjar Sidik presented a new aesthetic proposition in the age of urbanisation and industrialisation. The Surabaya-born artist is best known for simple compositions that evoke the vibrant pulse and movement of changing nature. Titled after his ground-breaking body of work ‘Space Dynamics’ (Dinamika Keruangan), the exhibition presents 15 paintings that trace Fadjar Sidik’s mature period from the 1970s to the early 2000s. It is also his first solo presentation outside of his home country, Indonesia.

Synthesising the universal language of geometric shapes and traditional Indonesian aesthetics, the paintings on view feature irregular patterns found in hand-drawn batik, script-like marks that recall Islamic calligraphy, as well as interlocking grids that resemble tikar weavings. While colour and form may vary across the series, negative space is a critical element in Fadjar Sidik’s paintings, with tension being maintained among floating shapes and formations. As inventive explorations of space, these works emphasise a sense of rhythmic dynamism, a bedrock throughout the artist’s stylistic evolution. For him, the serial reconfiguration of basic shapes was a gesture towards the pursuit of harmony, at a time when modernisation was sweeping through the newly independent Indonesia.

In the narrative of Indonesian modern art, Fadjar Sidik was an anomaly that contradicted the polemic that existed between artists working in representational realism and modern abstraction. Unlike his Yogyakarta peers who pursued in realism and nationalist subjects, Fadjar Sidik defied expectations and shifted from expressive representation to a purely abstract idiom in the early 1960s. In response to the changing social environment, he turned inwards to create works that reflected his emotional impulses and inner thoughts. This unique process also sets Fadjar Sidik apart from Bandung school contemporaries, who were predominantly driven by formalist questions and Western theory at that time. Fadjar Sidik’s abstraction is not simply a reduction of observed reality, but rather a critical device to weave profound connections between non-objective painting, textile art, Islamic geometry and design principles.