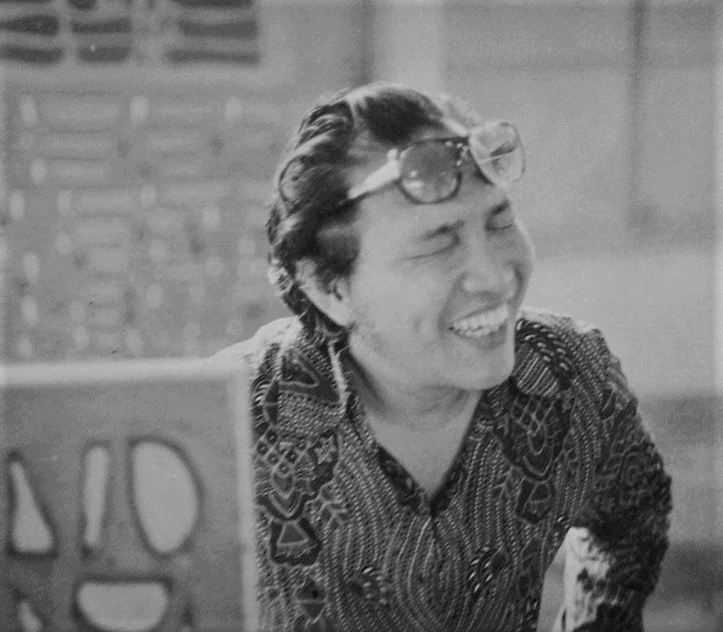 Fadjar SIDIK was born in 1930 in Surabaya, Indonesia. He joined the social realist group Sanggar Pelukis Rakyat (The People’s Painters Studio) under the tutelage of Hendra Gunawan and Sudarso in 1947, studied Literature at the Gadjah Mada University in 1952, and studied Painting at Indonesian Institute of the Arts, Yogyakarta in 1954. Distinct from his artistic peers’ pursuit in realist paintings, Fadjar Sidik committed to the creative innovation of abstracted forms and compositions, which cemented his irreplaceable contribution to the development of modern abstract art in Indonesia. By using geometric imagery of natural elements, his compositions explore the universal relationship that exists between the trinity of nature, space, and human, while reflecting the regional characteristics and spiritual consciousness of Indonesian culture. Fadjar Sidik’s important solo exhibitions include the ‘Pameran Retrospektif 40 Tahun Melukis’ (40 Years Retrospective Exhibition), curated by Suwarno Wisetrotomo at Ministry of Education Fine Arts Building (present Gallery Nasional), Jakarta, Indonesia, 14 – 21 August 1991. After his passing in 2004, the works of Fadjar Sidik continue to be displayed in an impressive number of exhibitions around the world. ‘Fadjar Sidik: Space Dynamics’at Asia Art Center (Taipei) is the artist’s first and the most comprehensive overseas solo exibition. Fadjar Sidik’s works are collected by institutions, such as the National Gallery Indonesia, the Neka Art Museum, National Gallery Singapore, and the OHD Museum.