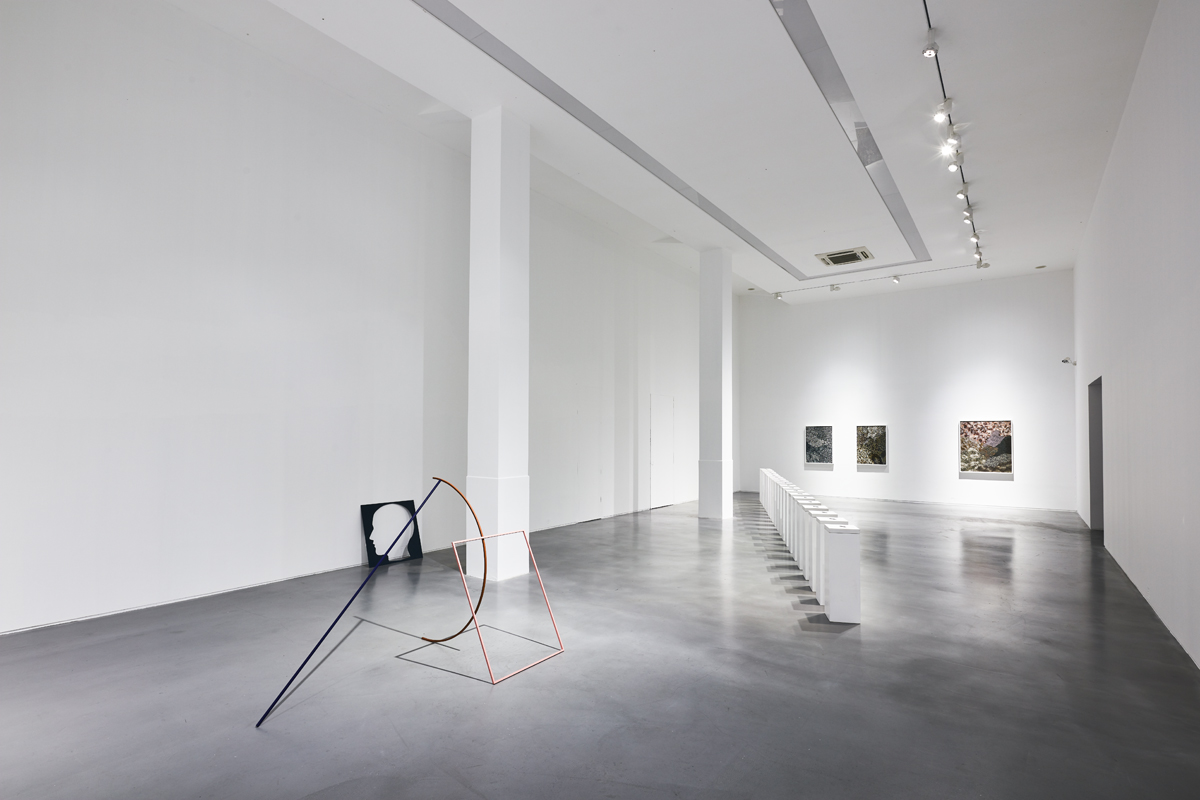 Frame of the Images; Boundary of the Time – Condo Shanghai

A+ Contemporary is pleased to host Mexico City and Mérida-based gallery joségarcía ,mx for the exhibition Frame of the Images; Boundary of the Time, within the context of the first edition of Condo Complex in Shanghai on July 7th. In collaboration with joségarcía, mx, the works in this exhibition invite viewers to step inside a multidimensional labyrinth from installation-sculptural pieces, to found objects and video works. Centering on themes regarding image and time, typographical notations and fabrics move between trajectories of frames, they coalesce with the expanding boundary of the time, allowing works to rotate in a perpetual pendulum where objects and space intertwine. The exhibition will run through August 26th.

Transmuting from clean graphic images into carefully assembled sculptural works, Mexico City-based artist José León Cerrillo’s New Baroque and POEM series reinterpret and revisit the formal quality of images from which he liberates the basic pictorial elements of lines, shapes and colors to allow them with various spatial densities. Visitors are invited to view the works from various angles. Nina Beier, the artist born in Denmark and based in Berlin exhibits a series titled Portrait Mode, for which she reinvestigates the condition of image through a reverse trajectory, situating found second-hand clothes onto the verso of the pictorial frame. Turning the object into images, Beier comments on the ever-changing fashion trend as a framed one that is in itself superficial and artificial.

Re-examining and re-investigating the passage of time, Hong Kong-based artist Morgan Wong represents time in various mediums, stretching the boundary of the time to its very limit. Reframing an ancient Chinese proverb, the video work, Filling Down a Steel Bar Until a Needle is Made, presents a snapshot of such eponymous deed of the artist that absurdly transcends time in his lifetime. In Time Needle Series, the artist extends the former work by collecting and sealing the metal powder collected from the steel bar into a needle-shaped glass-tube that captures his daily effort as if a time capsule. Through these transitory yet continuous gestures, the artist invites the audience to enter into a ritualistic realm where the temporal and spatial interrelations become an intermediating one that slowly dissolve one another.

Crossing the shifting frame of the images and traversing the blurry boundary of the time, three artists’ conceptual and performative portrayals unfold a tale of image and time inside this subtle yet vigorous space. Between the moving and the static, the formal and the representational, viewers gradually become a part of this interlacing vista.

José León Cerrillo was born in 1976 in San Luis Potosí, Mexico. He graduated from School of Visual Arts, New York with BFA in 1998 and form Columbia University with MFA in 2003. José León Cerrillo currently lives and works in Mexico City. His work focuses on various aspects of modernity and its legacy in contemporary art. The sculptural objects and installations become starting points of a discussion of the structures that form the perception of the viewing subjects that interact with them, whereas a different group of works with strong references to graphic design, touch upon the theme of communication and the diffusion and reception of information. Seen in this light Cerrillo’s abstract works can be read as alternative systems of representation and investigations of the relationship between object and subject. His selected solo exhibitions include: Futura (joségarcía, mx, Mérida, Mexico, 2017), Undisciplined Interludes (LIGA, Mexico City, Mexico, 2016). Group exhibitions include: Frame of the Images; Boundary of the Time – Condo Shanghai (co-organized by A+ Contemporary and joségarcía, mx, A+ Contemporary, 2018), Okoyama Art Summit (Tokyo, 2016), The Eight Climate (what does Art do?) (11th Gwangju Bienniale, Gawangju, South Korea, 2016), The New Museum Triennial (New Museum, New York, 2015), EXPO 1: New York (MoMA P.S.1, New York, 2013).

Nina Beier was born in 1975 in Aarhus, Denmark. She graduated from the Royal College of Arts, London with MA in 2004. Nina Beier currently lives and works in Berlin. Her works combine readymade objects that have particular functions or social histories – such as wigs, hand-woven Wagireh rugs or mechanical bulls – to question the ways in which value is defined, mutated and reinforced. Her works deal in the tropes of the image-world, from art history to stock images. The cornucopia, replayed in the coffee cups with beans pouring out of them, was once a sign of wealth and abundance yet now comes to represent loss and waste – and is hence tagged as such in image banks. Digestion becomes regurgitation; scarcity becomes minimalism; object becomes image. Her solo exhibitions include: Fourth Stomachs (Objectif Exhibitions, Antwerp, 2015), Nina Beier (David Roberts Art Foundation, London, 2014), Four Stomachs III (Objectif Exhibitions, Antwerp, 2014), Rocky (Kunsthaus Glarus, Glarus, Switzerland, 2014). Selected group exhibitions include: Frame of the Images; Boundary of the Time – Condo Shanghai (co-organized by A+ Contemporary and joségarcía ,mx, A+ Contemporary, 2018), Question The Wall Itself (Walker Art Center, Minneapolis, 2016), Welcome to the Jungle (KW Institute for Contemporary Art, Berlin, 2015), DecoUKm (Power Station of Art, Shanghai, 2014), Veerle (Fondazione Sandretto Re, Rebaudengo, Turin, 2013), L’Image dans la sculpture (Centre Pompidou, Paris, 2013), One on One (KW Institute for Contemporary Art, Berlin, 2013) , The Complete Works at Performance Year Zero( Tate Modern, London, 2012) , Under DestUKction (The Swiss Institute, New York, 2011).

About Condo Complex
Condo takes its name from ‘condominium, it is a new form of gallery-sharing model initiated by young gallerist Vanessa Carlos. From Europe, North America, South America to Asia, this initiative encourages the evaluation of existing models, pooling resources and acting communally to propose an environment that is more conducive for experimental gallery exhibitions to take place internationally 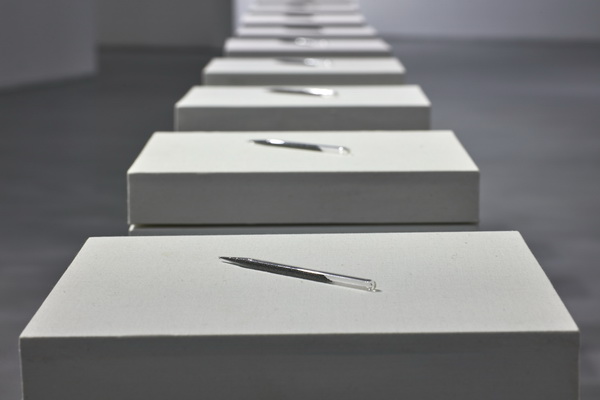 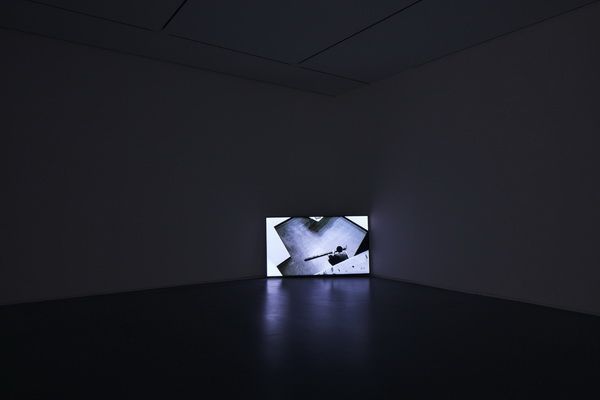