Howard Fonda was born in 1974 in Syracuse, NY. He received his BS in History and Fine Art from Nazareth College of Rochester and MFA from School of the Art Institute of Chicago. He has studied French and history at Sorbonne University, Paris and studied graphic and design at School of Visual Art, New York. After graduation, he has lectured at School of the Art Institute of Chicago from 2001 to 2008.

Fonda is known for his vibrantly colored canvases that blur the boundaries between representation and abstraction: his lurid compositions of squiggles, swirls, and marks seem to dance kinetically across his canvases. As Fonda points out on his website, “The difference between representation and abstraction is like the difference between clouds and sky. The origin of the debate is more useful than the debate itself…Painting is a vehicle of contradiction adept at conveying the hubris of, and understanding of, existence.” Fonda proudly upholds the tradition of twentieth century painting. An old school Modernist, he views painting as a “philosophical sanctuary and spiritual outpost,” finding “comfort in its traditions and limitations.”

Howard Fonda has been exhibited throughout the world, including New York, Munich, Brussels, San Francisco, Los Angeles. His artwork has been garnered by galleries, museums and private collection such as Museum of Modern Art, New York, Museum of Contemporary Art, Chicago. 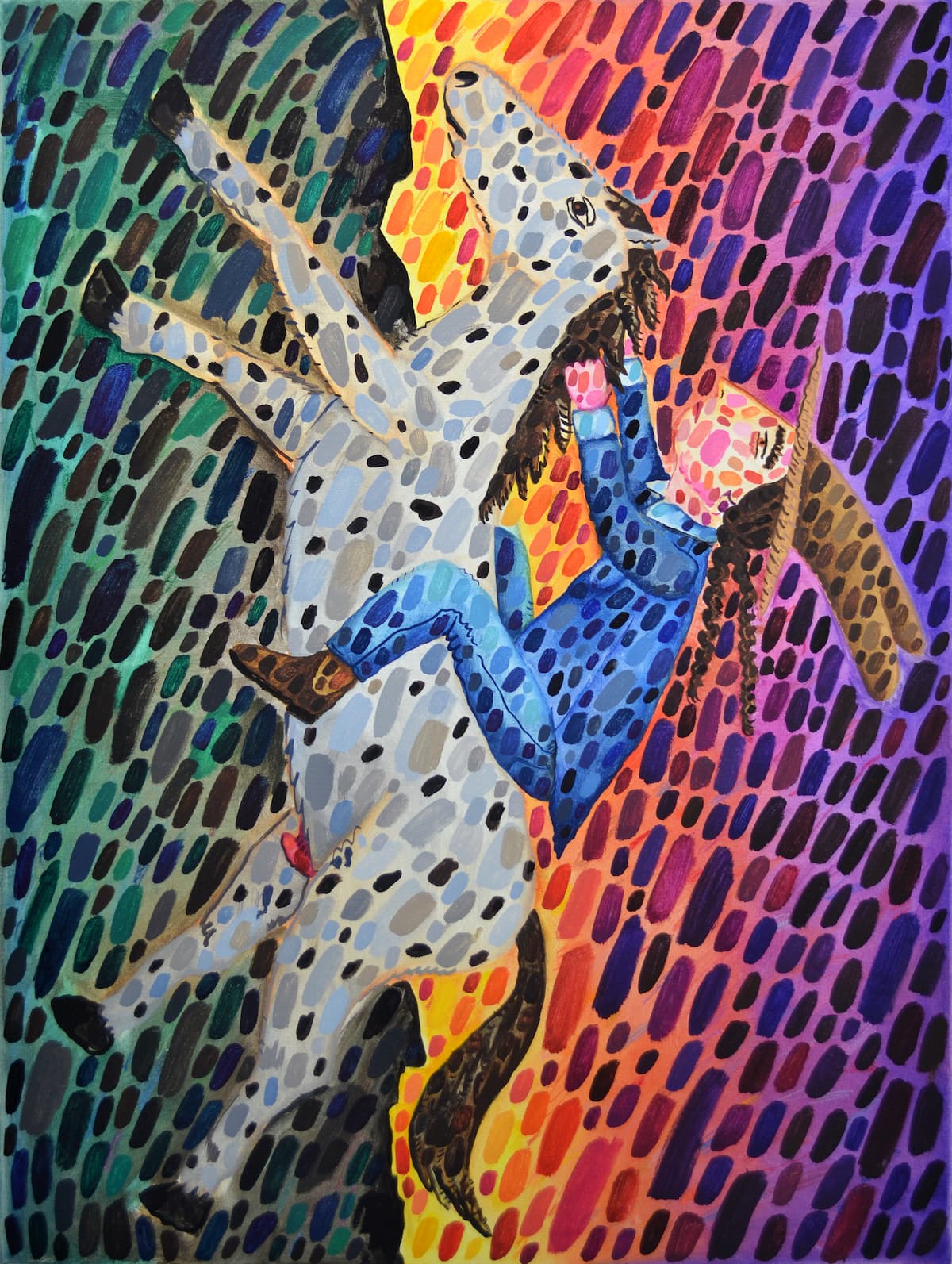 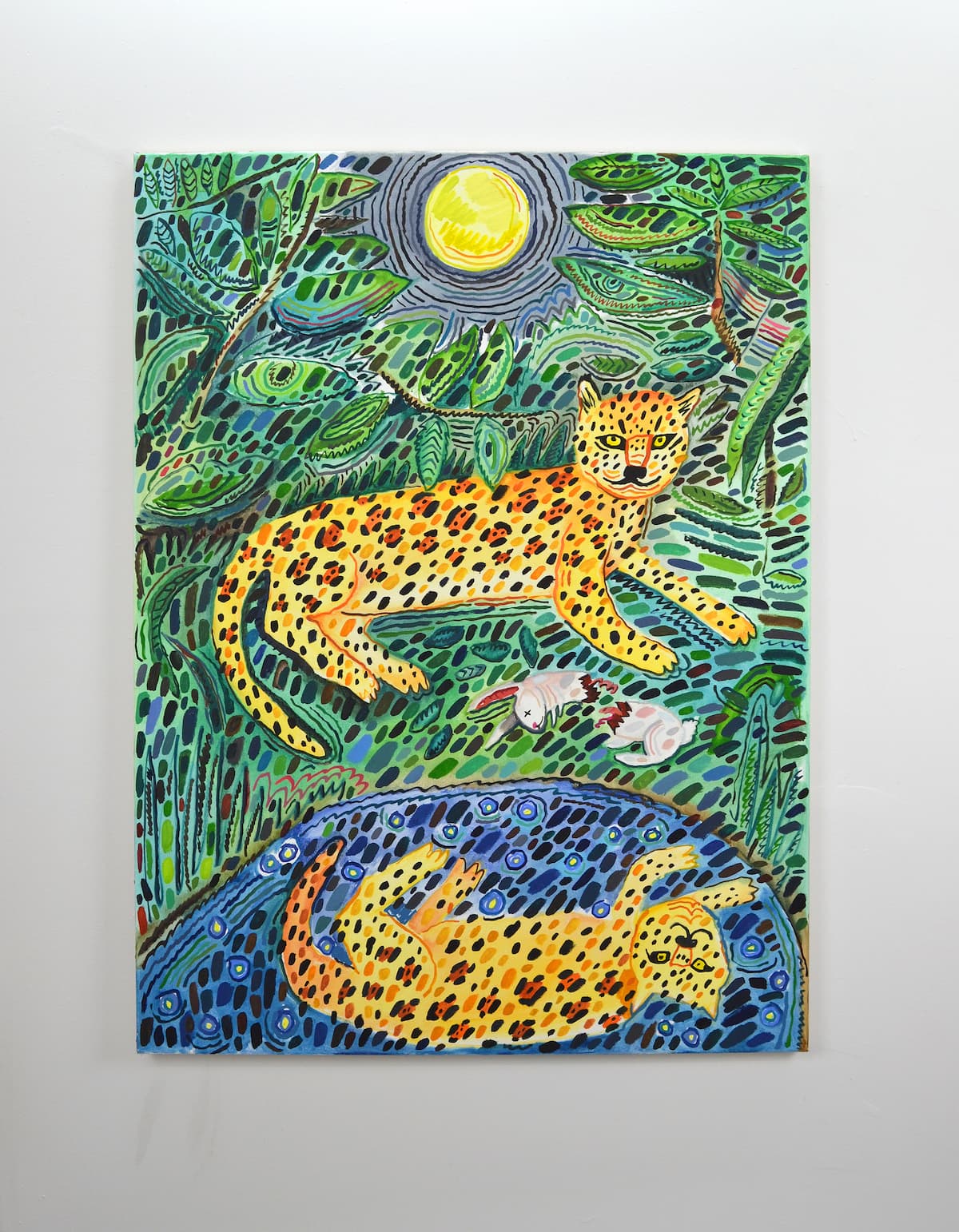 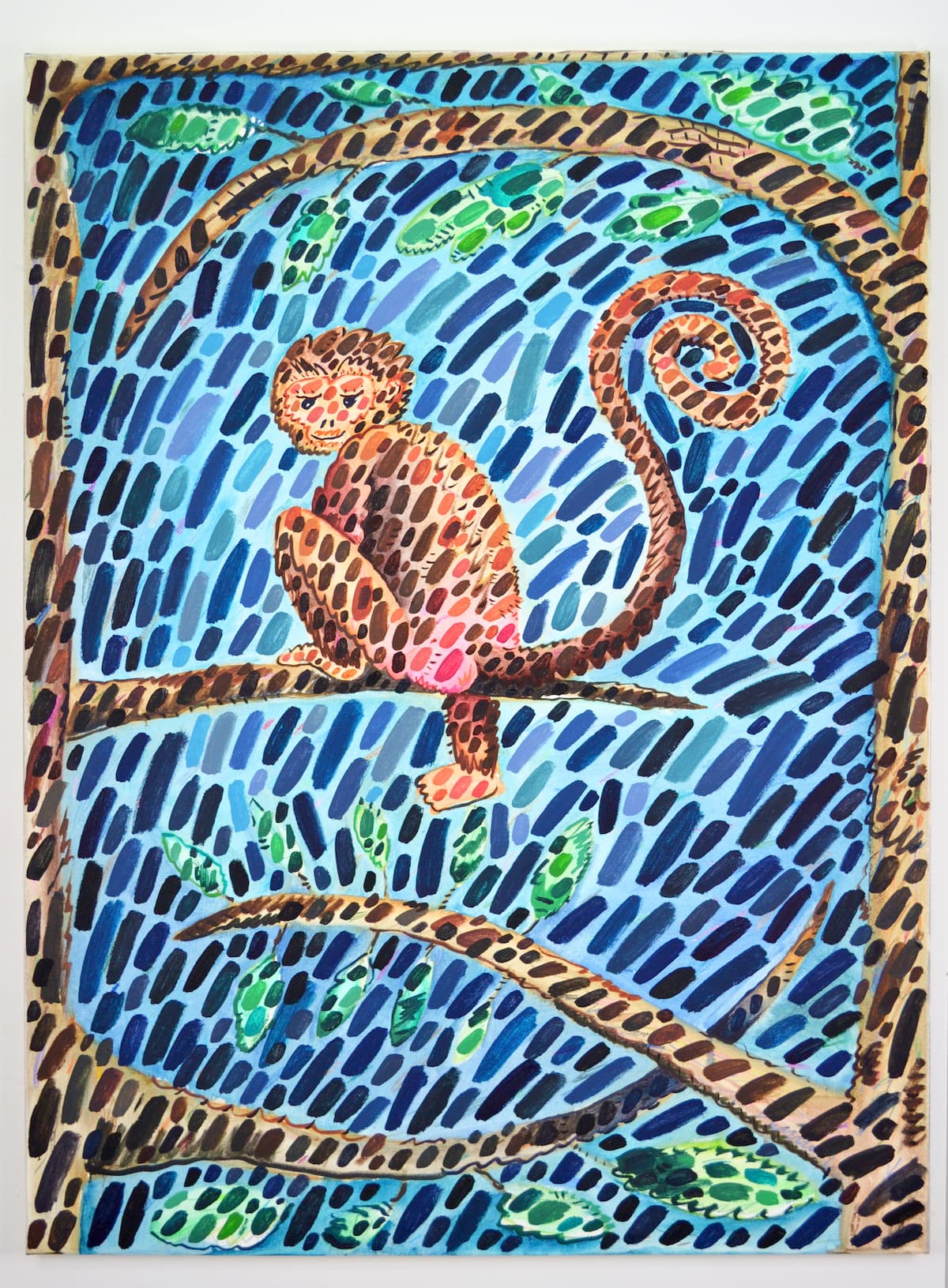 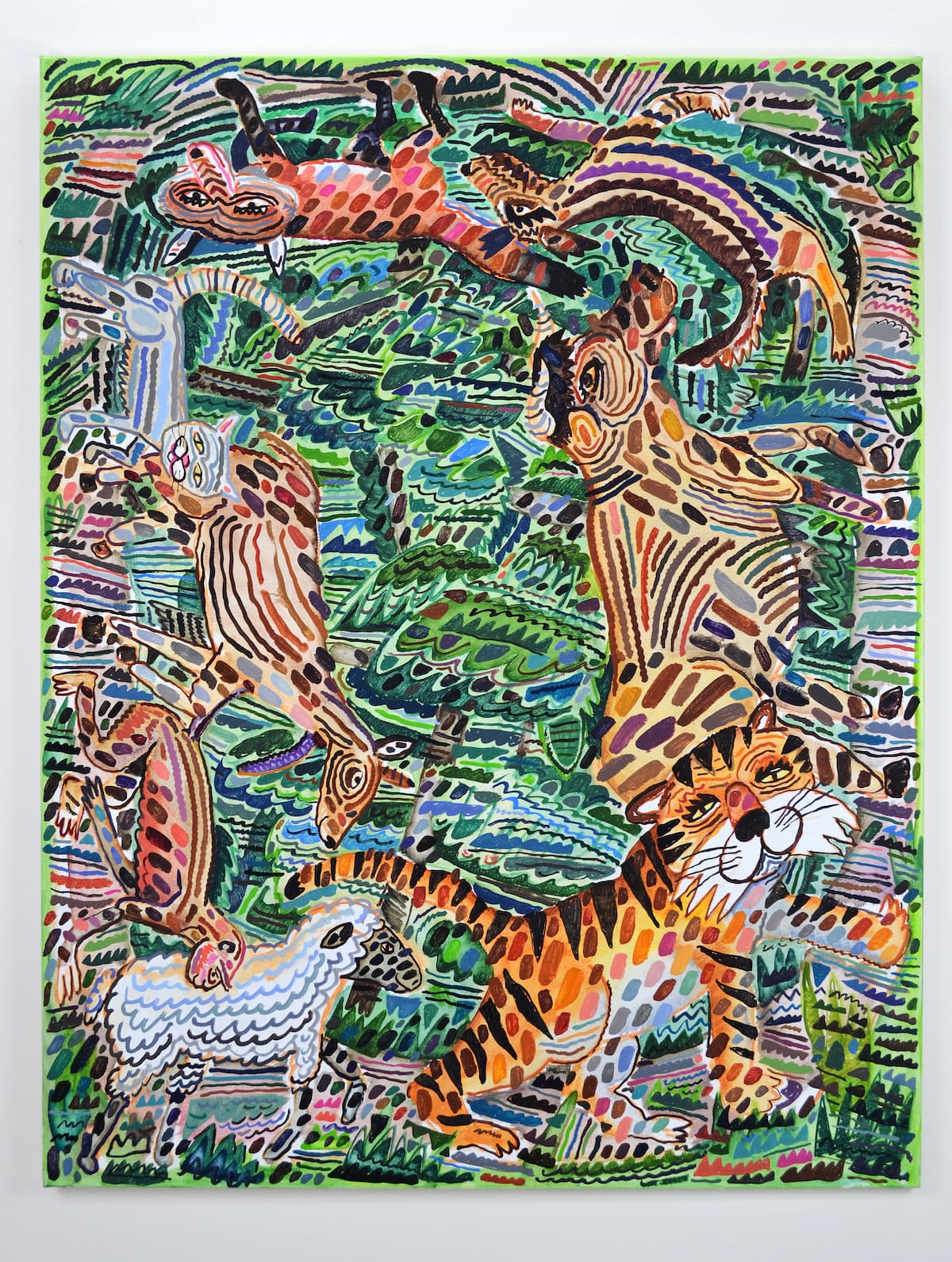 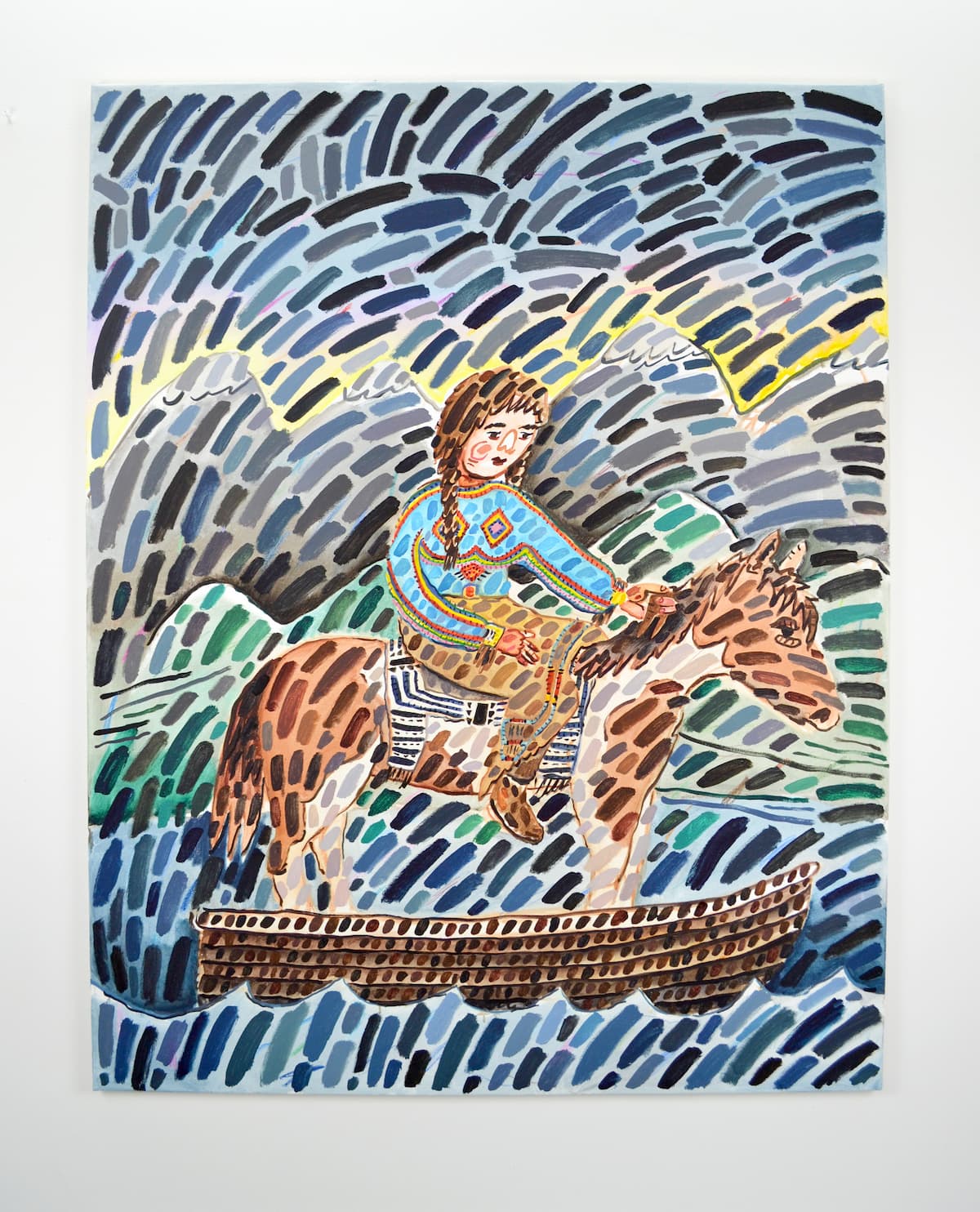 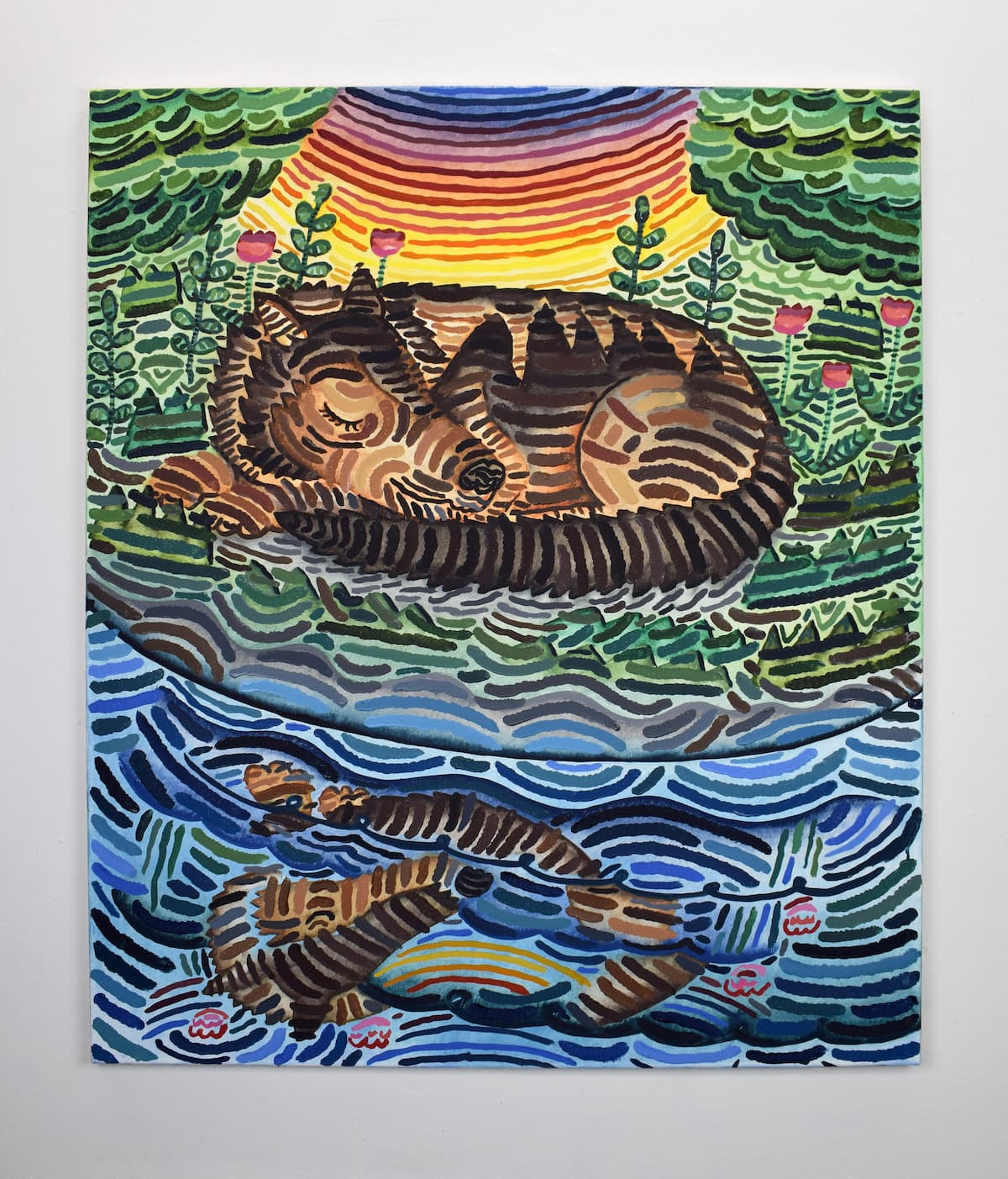 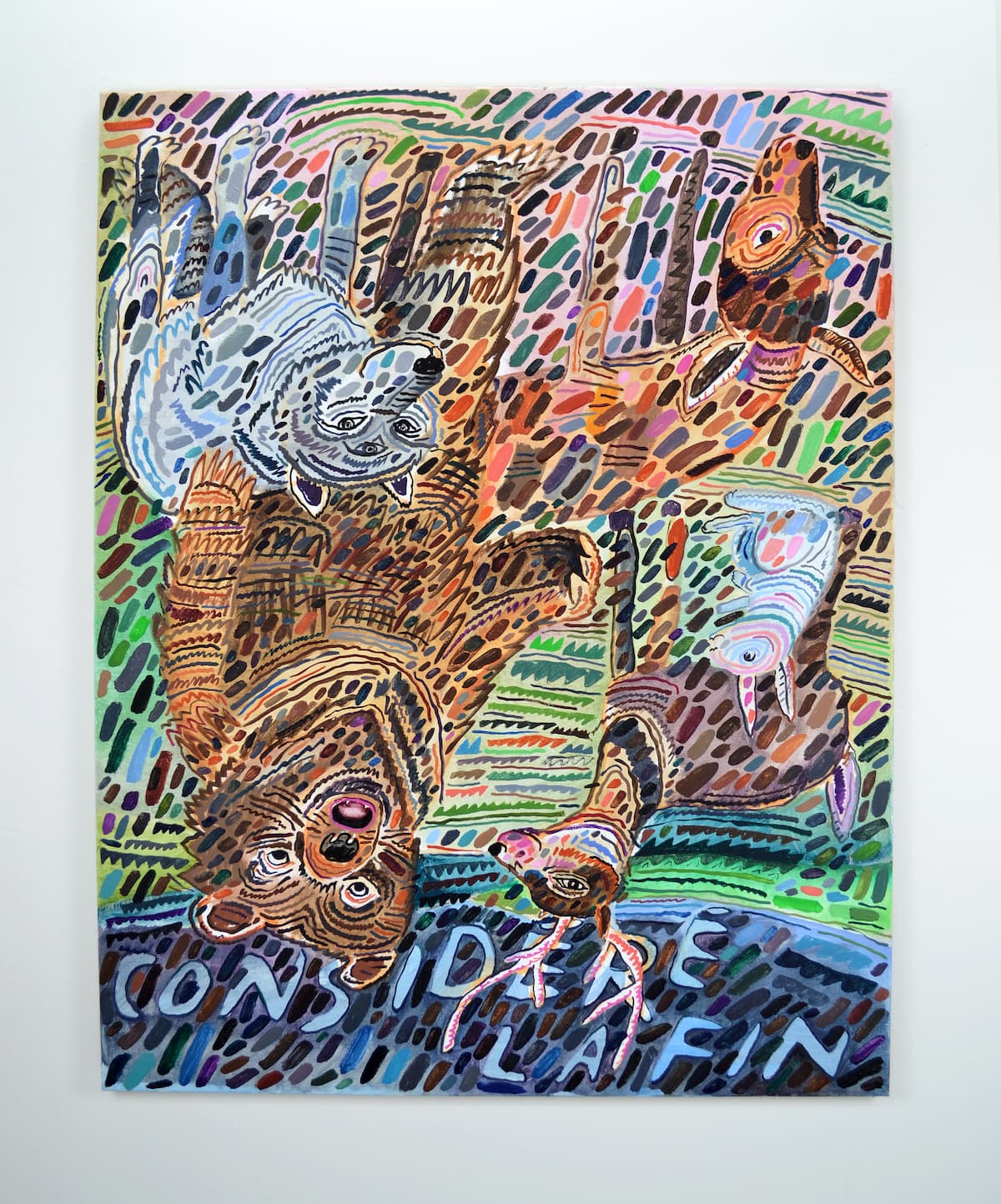