A+ Contemporary is pleased to announce the opening of Chen Xi’s solo exhibition “Ideal Person” on March 23rd. This is the second solo exhibition of Chen Xi at A+ Contemporary. This exhibition follows the logic trajectory of Chen Xi’s previous works, and his interests in the painting theories, geometric principles and spatial composition. Chen Xi is used to embed his personal experiences and emotive states into his practices and composition frame, as well as to use fictional tales and interesting narrative forms to unveil his observations and thoughts towards his surrounding environment.

“Sleepwalking through the Walk Simulators”, a 79-minute animation is the core of this exhibition. In this work, Chen Xi uses the most extreme plot to enhance and elevate our life which has become accustomed to us. The multiple characters in the work seem to be irrelevant with the larger story line, yet in fact, they unfold a continuous cycle where each character connects, associates and reinforces with one another with their successive, slowly forwarding paces. While the events that are happening in this narrative realm congeal and merge outside, detaching from the life cycle of each individual character, from which no character could foresee and envisage the unpredictable incidents and causes followed. All these characters therefore unavoidably confront their (chosen) daily routines, as well as experience the impermanence of life on their own, however, a larger yet inexorable system lies silently and co-inhabits within this labyrinth of choices. In between the intense and vigorous narrative plots, Chen Xi also interweaves several clips where viewers are pulled away from the sphere of this narrative tale, standing aside from the plot as the third party, to view, ponder and conclude each event that happened in the previous episodes. One thing worth noting is that, the accumulative wounds/damages on characters’ bodies will not be recovered or restored, from which they allude to the psychological and personal trauma of our own, implying these characters live within the realm of reality, not the sphere of the fictional gaming.

The “Unexceptional Painting Series” and the “Single Layer Painting Series”, however, indicate Chen Xi’s two different painterly treatments to paintings. Whether composed with abstract lines or with the composite images, these works follow the unique painterly rules of the artist. In the “Unexceptional Painting Series”, Chen Xi embeds his innermost memories and emotive states into the hybrid creatures inside his works, and superimposes rigorous contrast colors onto his canvas, these two pictorial elements penetrate with one another, yet weigh equally on the pictorial frame despite the subtle tension that lies underneath. On the contrast, in the “Single Layer Painting Series”, Chen Xi puts his attention onto the precise application of the pastes, from which Chen Xi creates complex compositions with one continuous brushstroke through the use of a single layer of paste, and intentionally avoids the superimpositions of multiple pastes, from which the artist explores an easy yet environmental-friendly painting technique.

Chen Xi inserts multiple characters and details into the various medium of his practices. Yet the radical and the extreme forms of these works subtly reflect the naked inner states of us. Most of the people could envision an ideal person, and perceive the distance between us and this ideal person. In this continuous body of works, each piece of exhibited work is associated with the theme ideal person. As Chen Xi says, the reason for choosing such a huge topic, is to distance viewers from this theme, we, are just happen to encounter here, and ask me a better question…

Sleepwalking through the Walk Simulators 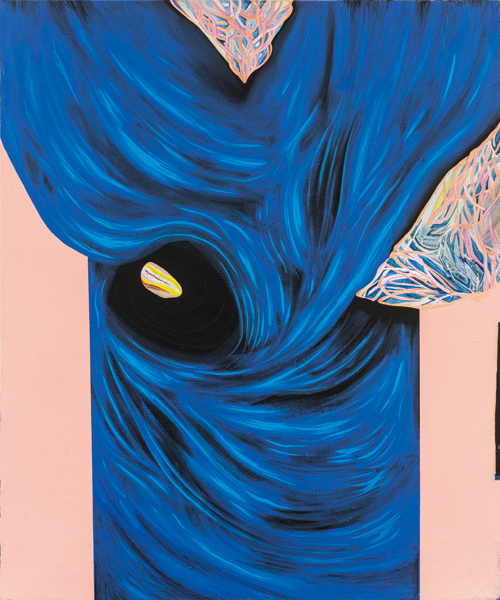 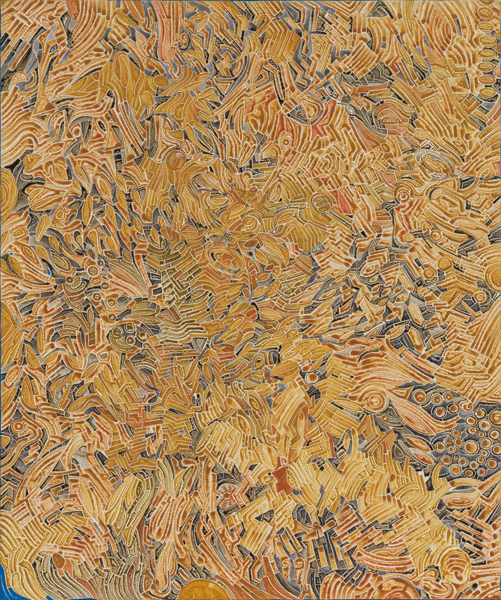