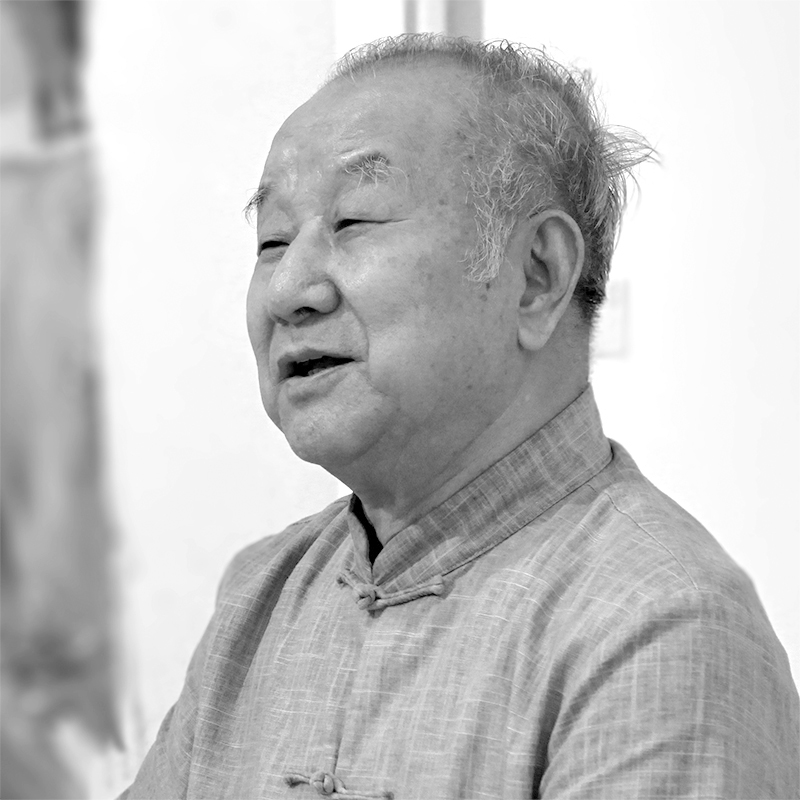 A native of Qingzhou, Shandong, Liu Guosong was born in Bangbu, Anhui, in 1932. Liu moved to Taiwan from mainland China in 1949. In 1956, Liu graduated from the Fine Arts Department of the National Taiwan Normal University, in which he studied both traditional brush-and-ink and western-style painting techniques. As one of the co-founders of the Taiwan’s Wuyue Huahui 五月畫會 (Fifth Moon Group) in 1957, Liu Kuo-sung sought a new approach to art, which was inspired by both traditional Chinese painting—especially the monumental landscape painting style of the Northern Song period (960–1126) and the xieyi 寫意 style of the Southern Song period (1129–1279)—as well as modern styles and techniques, such as Abstract Expressionism. Before turning to ink painting in 1961, Liu experimented with abstract oil painting. By the mid-1960s, Liu gradually developed his own personal pictorial formulae, in which he combines ink painting with collage and applies ink and color on special paper.

Liu was awarded a John D. Rockefeller III Foundation grant in 1966 that allowed him to travel around the US and Europe, and spent nine months in New York. He exhibited his work extensively in the US and was represented by the Lee Nordness Gallery in New York. In 1968, Liu was named one of Taiwan’s “Ten Outstanding Young Men” and he established the Chinese Painting Study Society. Inspired by the Apollo 8 space mission, Liu developed his space series in the late 1960s. In 1971, he moved to Hong Kong to teach at the Chinese University of Hong Kong, where he would remain for the next twenty years. He was also a visiting professor at the University of Iowa in 1975 and a visiting artist at the Iowa and Illinois Art Councel in 1980. From the 1970s onwards, Liu continued his artistic exploration, developing such intriguing techniques as shuituo 水拓 (water rubbing) and zimo 漬墨 (steeped ink). In 1981, he was invited by the Chinese Painting Research Institute to visit Beijing, a visit that was followed in 1983 by an exhibition at the National Art Museum of China and an extensive exhibition in 18 cities around the country. In 1992, he moved back to Taiwan and continued to teach at the Donghai University in Taichung. In 1996, he was appointed head of the Fine Arts Research Institute at the Tainan National University of the Arts, where he worked until his retirement in 1999. Since his retirement, Liu has traveled and exhibited extensively in China. As an artist and an art educator, Liu Kuo-sung enjoys widespread fame and influence in China. He inspires young generations of Chinese artists to explore new creative directions, and in particular, he fosters the emergence of exciting experiments and innovations in ink painting. His retrospective exhibition at the Palace Museum in Beijing in 2007 marked the high point of his sixty years of artistic career, which has spanned from the East to the West, and from Taiwan to China. Today Liu continues to be an active artist and divides his time between Shanghai and Taoyuan, Taiwan. 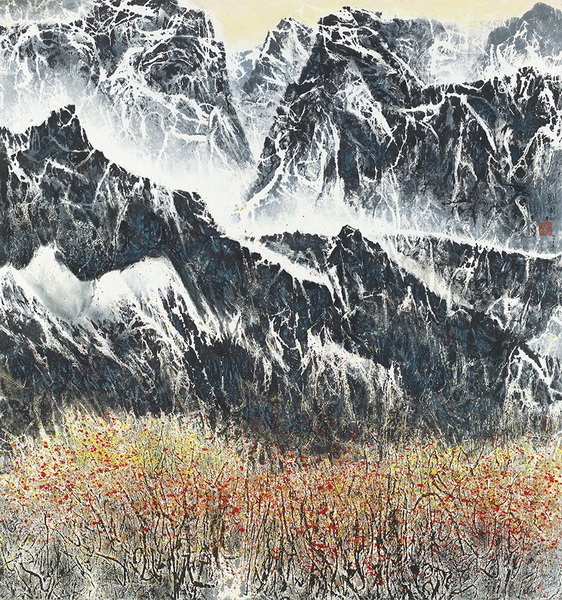 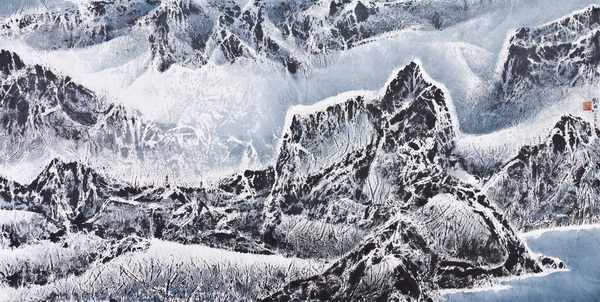 Tibet Series: The Peak Surrounded by the Mountains 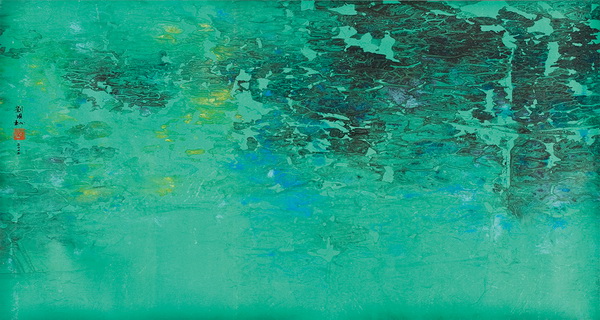 Jiuzhaigou Valley Series: The Richness of Spring at Woulong Sea 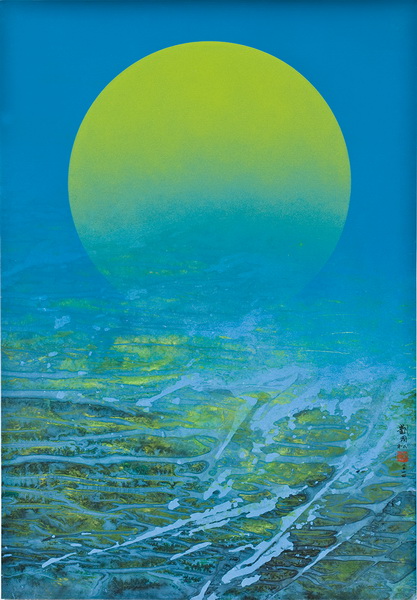