The wood carving Living World Series encompasses a wide range of diverse subject matters, each with a distinct color scheme designed to speak to characteristics of the particular subject. It is worth noting that Ju Ming draws upon not only subjects of our world but also the colors, where the rich use of colors materializes multifarious lives of this world. Among his many artworks, the “White” Living World Series stands out with its monochromatic “whiteness.” Based on his personal understanding and interpretation of specific subjects, he believes that “whiteness”—a color with zero saturation—in its free, versatile yet precise adaptation allows great freedom for the audience to actively engage in perceiving the works and employing their imagination. In general, the Living World Series shows Ju’s heartwarming, sincere feelings for his surroundings in daily life. His unrestrained and fluid sculpting techniques utilized to create the vaguely figurative shapes seem to breathe life into the figures representing universal humanity. Even with the monochromatic whiteness, the “White” Living World is simple, concise, yet never heartless. It transcends the worldly realm, but it is still deeply grounded in this living world. Moreover, in Ju’s choice of employing raw wood and in his art-making methodology “which pays proper respect to ingredients,” we see mindful contemplation on harmony and coexistence with everything on earth.

Living World Series—Ballet shows a series of dancing figures made of finely-polished stainless steel that are wrapped in ballet costumes. Their skins glow; their feet, in pure white ballet shoes, stand on tiptoe and carry the important task of maintaining balance. Ballet dancers need to keep their center of gravity in line at all times while they move in tandem with constant changes in music, rhythms, and other environmental factors. Dancers’ movements hint at their following moves, almost as swift as the cuts and hacks made by the artist in sculpting. The effortless elegance echoes Ju’s Taichi Series, in which the figures’ postures are no longer bound to specific move sets. Instead, they are created to capture the general idea of Taichi’s flow of continuous movements. What is worth noting is that every piece of work in Living World Series—Ballet is a stand-alone piece which attempts to fully embody thoughts and feelings of a dancer. There are no scores to these Ballet works. The mastery of release and contraction of movements is but in the artist’s good hand. And narratives are heavily subdued in order to make room for Ballet dancers’ spirit to glow elegantly through dance.

Living World Series—Gentlemen features a set of bronze figures slightly distant from one another, arranged in a randomly scattered fashion. Each faces a different direction, some holding umbrellas in their hands and some carrying suitcases. During the making of the work, the artist first cuts Styrofoam bulks into broad blocky shapes, and then he carves out their facial features in simple lines. The figures in immaculate suits show little facial expressions. However, the carefully selected apparels and accessories reveal much about life in the city, which further speaks to Ju Ming’s nuanced observation of the living world.

Ju Ming was born Ju Chuan-tai in 1938 in the small town, Tongxiao, in Miaoli County, Taiwan. At the age of 15, Ju Ming started an apprenticeship to the famous local wood-carver Lee Chin-chua. He later became a pupil of the renowned sculptor Yuyu Yang at 30. His first solo exhibition, held in 1976 at the National Museum of History in Taipei, was an overnight sensation. The significance of his works made him a prominent figure in the art scenes amidst waves of cultural movements in the 1970s calling to revisit and revive native Taiwanese cultures. Eager to challenge himself, Ju created the widely popular Taichi Series and decided to leave Taiwan for New York, where the general contour of the Living World series came into being. Since his solo show at Max Hutchinson Gallery in New York in 1981, he had received critical international acclaim. In 1984, he held his first solo exhibition in Southeast Asia; 7 years later, he made his official European debut, showing Taichi and Living World respectively at London’s Southbank Centre and the Museum of Contemporary Art of Dunkerque in France. The two series helped define his achievements that deeply impressed the European audience. In 1997, Ju Ming became the first artist of the Chinese-speaking realm to exhibit at France’s Place Vendôme, followed by important exhibitions in Luxembourg, in Brussels, Belgium, and in Berlin, Germany. The two exhibitions at the National Art Museum of China in Beijing in 2006 and 2010, as well as “Ju Ming – Sculpting the Living World” at the Hong Kong Museum of Art in 2014, attested to how widely his works had been exhibited across Europe and Asia, which also indicates his hard work and perseverance as an artist. 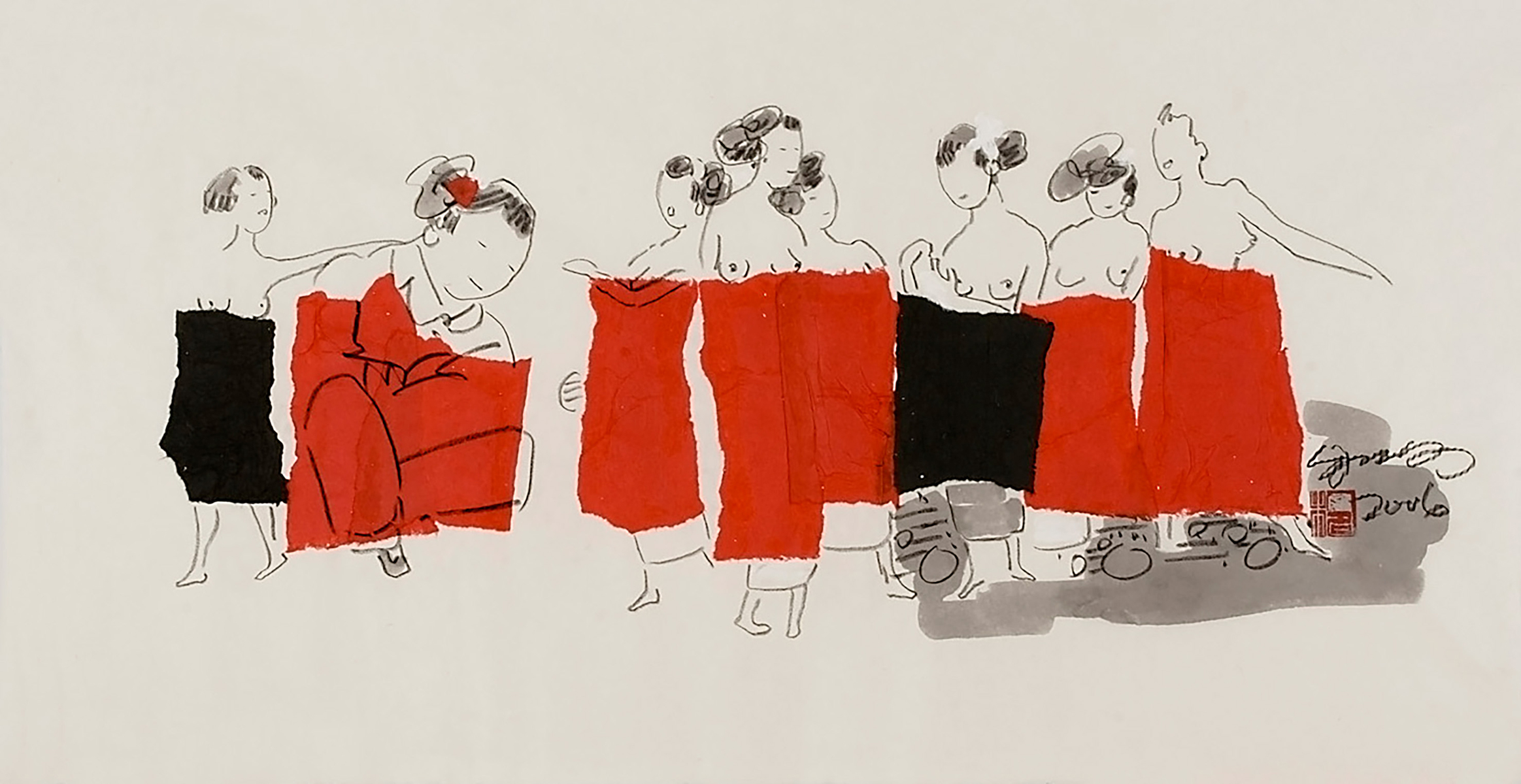