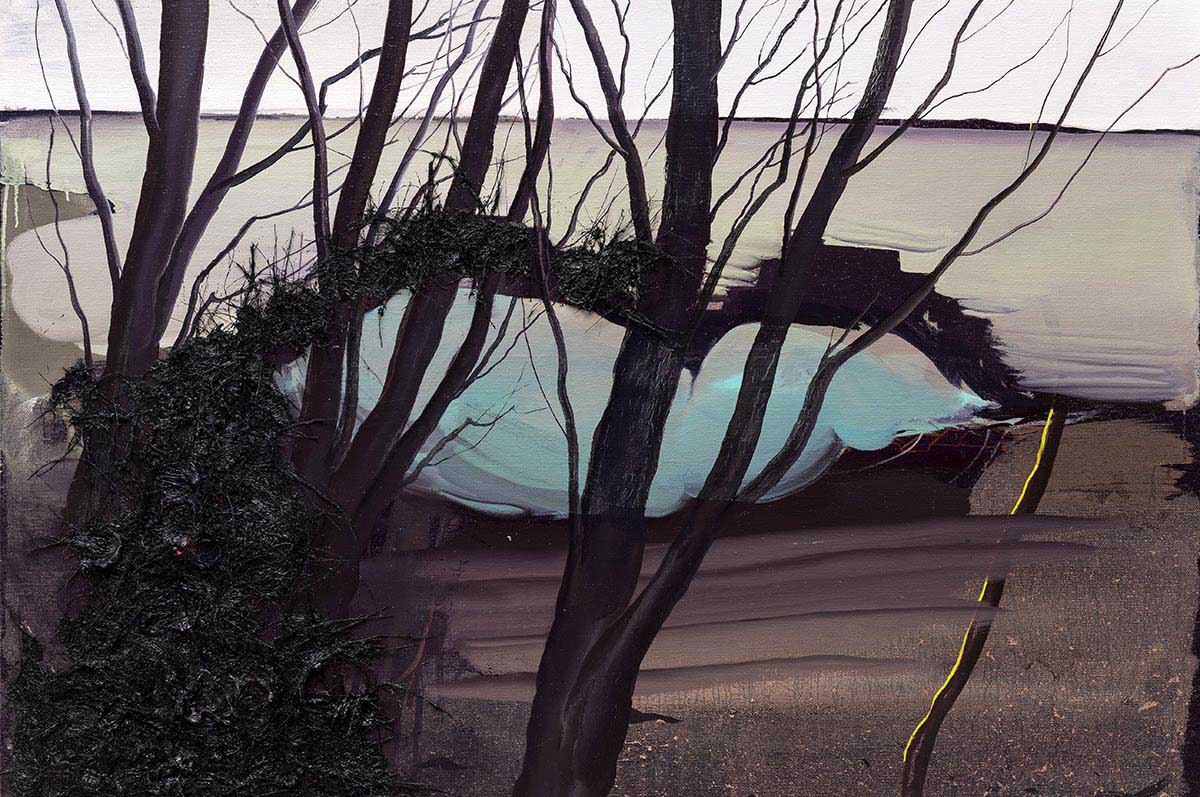 Yin Qi, born in Beijing in 1962, graduated from the Department of Oil Painting at Central Academy of Fine Arts in 1987, and taught at the academy after graduation; he moved to France in 1989, and graduated from École Nationale Supérieure des Beaux-Arts in Paris in 1996. He currently lives and works in Beijing and Paris. Yin Qi’s paintings explore the relationship between space and matter, as well as people and their internal soul. His paintings do not directly speak about objective matters; instead, they possess a consciousness towards self and surroundings, as well as sensitivity for matters, nature and people, an awareness of the idea that we are all connected and intertwined. His paintings strip away the initial complexities and attempt to confront the original drifting minds and the genuine physical process in painting.

There is an intriguing phenomenon through the observation of the development of Modernism; Modernism was born out of the dissolution of elements, this form of subjective projection slowly becomes a self-systemized artificial reality. It turns out that it is through this artificial reality that people are transformed – behaviors, lifestyles, brains, eyes are transformed, and the existence of humans is thus passively altered. It is an outward projection of energy, like a freeway stretching from self to reality.

Self-transformation could also be a high-speed road returning from the point of reality. Art can abandon the stubbornness for an innovation in form, an almost hysterical desire; it can also discard the perplexing and helpless form of critical thinking of reality.

Sleeping Lake refers to the settling process of consciousness, a form of dormancy at the physical level. The process of painting is a matter in deep slumber; the matter is an accumulation of body, mind, organs, nerves, consciousness and more with the depth of materials. The closing of a channel leads to the opening of another channel. After shutting down rationality, ideology, and critical thinking, the channel of instinct, awareness, and a higher existence thus emerges. Isn’t that the most profound politics of all is the change in oneself?

Scenery outside the Car Window

How to Draw a Portrait

Landscape and Monochrome Painting No.21

Bank of a River

Bend of the River

The Rabbit and its Shadow

Cloud Hanging on the Tree

Tree that Converses with People

Memory in Prague- Two Children and the Vltava River

Memory in Prague- Two men and a Small Boat

Building of the Sea

Scenery of my House’s Back Mountain

Its Name is Iron Egg