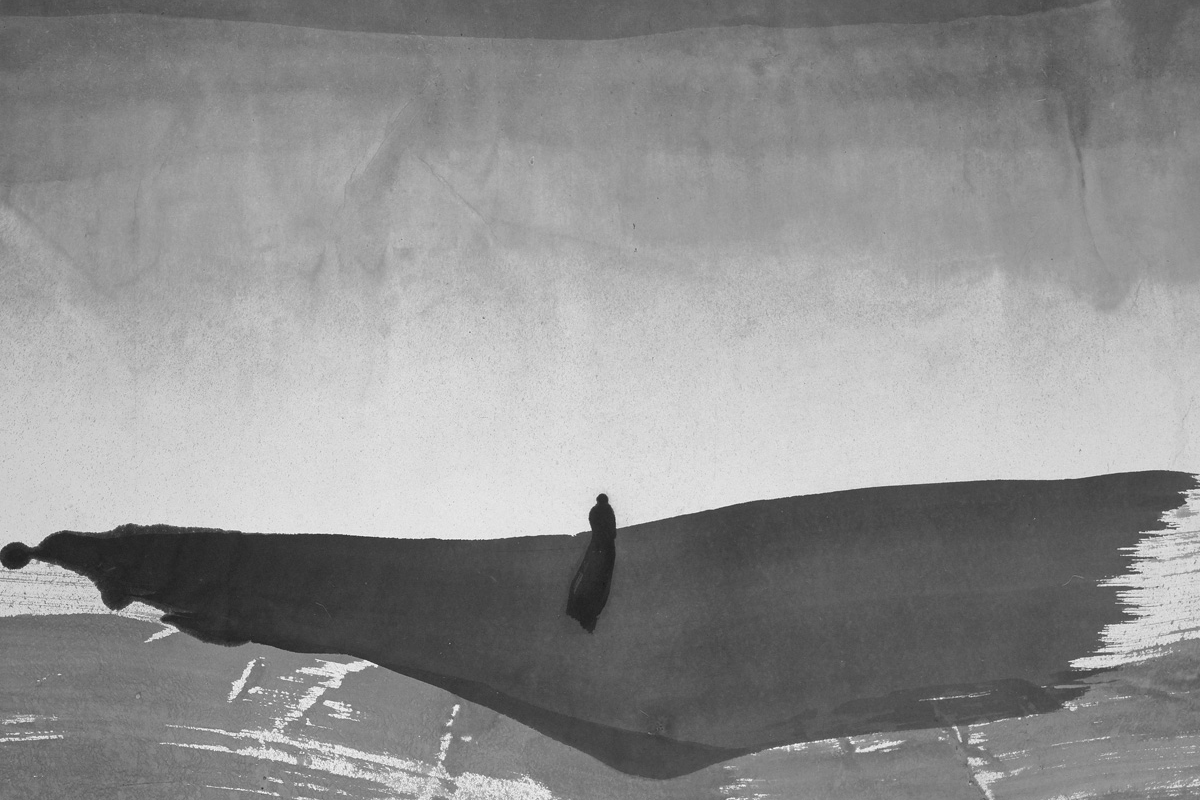 The exhibition showcase Gao Xingjian’s 16 most recent works. Gao Xingjian, the first Chinese Nobel laureate for literature, comes to Taiwan as a “painter.” From his ink paintings, the artist reveals to us what he sees in the dark.

Gao Xingjian, born in 1940 in Ganzhou of the Jiangxi Province, is a writer, playwright, painter, photographer, and director of film and theatre. In the year 2000, he became the first Chinese Nobel laureate for literature, surprising not only the Chinese-reading public but also the rest of the world. The Swiss Royal College stated about his work: “for an œuvre of universal validity, bitter insights and linguistic ingenuity, which has opened new paths for the Chinese novel and drama.” Gao Xingjian was the director of the Institute of Literary Studies at the Chinese Academy of Social Sciences. Liu Zaifu, visiting professor of the Chinese Civilization Centre at the City University of Hong Kong, said, “It reveals Chinese culture that is little-known to the public.”

Gao Xingjian is undoubtedly a well-rounded artist. Besides his reputed literary oeuvre, he is also known for his paintings that epitomize the notion of individuality. Before Gao Xingjian was awarded the Nobel prize in 1996, the director of Asia Art Center, Lee Duenlang, made acquaintance with his paintings and was intrigued. The more he learned about the artist the more he felt that loneliness permeating from within. Lee decided right away to work with the artist who “gave a unique sense of loneliness because he was rarely understood,” and brought back works from France to Taiwan for more exposure. This artist is especially sensitive to personal spiritual experience; he attempts to explore inward and to articulate his solitude through repetitious writing and painting.

In Gao Xingjian’s paintings, the abstract landscape of black and white represents the ethereal realm of the mind, where one closes one’s eyes to “see.” It is about the light and shadow in the darkness, and about the delicate nuances of style. Gao Xingjian, who is accustomed to using Chinese brushes to paint, particularly enjoys the different fascinating expressions that brush strokes create. He believes that the spirituality and charm of the ink lies in its various styles and colors. His paintings do not have fine brushwork and are profound and captivating. The artist is also inspired by photography; he incorporates the idea of a “focal length,” to create dream-like and hazy scenarios which cannot be understood through the simple dichotomy between abstract ideas and empirical reality. Despite having spent almost thirty years in France, we can still associate his works with Zen Buddhism, a style not defined by any genre. His art truly represents the “Spirit of the East”—a contemporary interpretation of traditional ink paintings.

Listen to the Wind