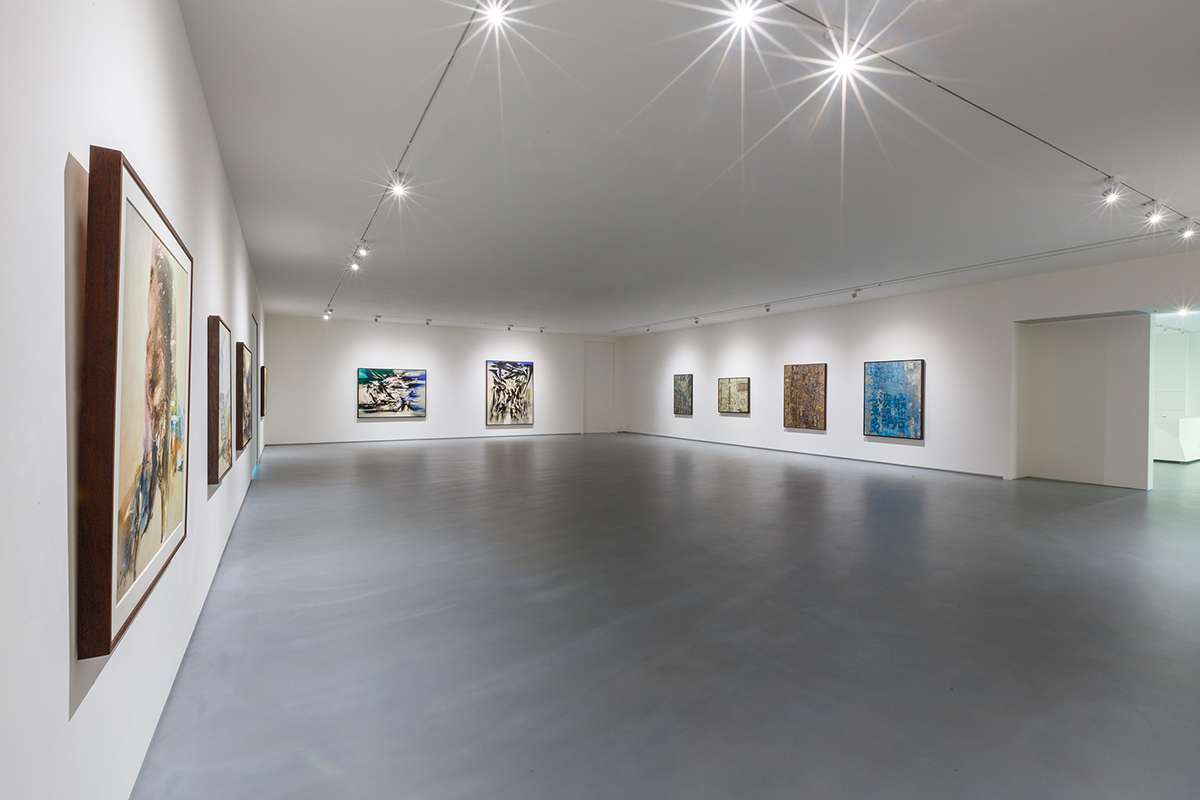 On the 40th anniversary of the Asia Art Center, the exhibition The Longing for Abstract showcases the seasoned and refined abstract art of three artists, Chuang Che (1934-), Fong Chung-Ray (1934-), and Yang Chihung (1947-), reflecting the most concentrated domain of the Asia Art Center. Abstract art is an essential foundation for the operation of the Asian Art Center, where it has been showcased to represent the current sceneries and spirit, primarily focusing on the beginning of post-war modern art to various new types of international contemporary art. With “Abstract” as the subheading of this exhibition, three artists’ middle and late periods’ works are included in the exhibition as abstraction had become their second nature during this particular time. The artists left significant traces of their unique artistic vocabulary in different stages of their life, hoping to lead the viewer to follow the path to appreciate the unrepeatable aura. For them, abstraction is not a purpose or a result; it is a method and a process that allows artists to ponder more freely and respond to their own aesthetic needs.

Abstract art is said to have led to the modernization of Taiwanese art. The avant-garde philosophies dominated by abstract expressionism were popular in Europe and the United States, leading Taiwan’s post-war artistic perspective to a new stage. When abstract expressionism, which was popular in western societies in the 1960s, was introduced to Taiwan, it represented the artistic style of the Western international mainstream and cultural hegemony, which stimulated Taiwanese artists to respond and digest based on their cultural insights. Enthusiasts set up painting societies one after another to deliberate and exhibit their views on this concept, especially the two leading and most influential organizations including the “Fifth Moon Group” participated by Chuang Che and Fong Chung-Ray, and the “Eastern Painting Group.” Active exchanges and discourse made Taiwanese art scenes bring forth an artistic avant-garde “revolution.” With no cliquism between artists and groups, the period became the era of art societies. Therefore, it has become an important period in Taiwan’s post-war art modernization, linking the past and the future.

Chuang Che and Fong Chung-Ray are pioneers of Taiwan’s post-war modern art. When they first encountered this new concept, they actively responded with European and American styles to their artistic aspirations of Eastern foundations. The reflection of the topic of “modernity” has led them to develop their unique artistic vocabulary format. Taking Chuang Che as an example, he has long been devoted to the exploration of abstract theory, and his unparalleled abstract landscapes are painted with wildly cursive linear strokes, often with natural drips and splashes and collisions of brush strokes, showing a crisp, condensed, even lustrous atmosphere that originates from the artist’s inherent observation of the landscape. Chuang’s later works are painted in oil color with acrylics that provide more fluidity, collaging with various materials on the canvas. The paintings rhythmically spread from all sides and between densities and depths, creating a new passage among the abstract chaos and demonstrating the artist’s wisdom of epiphany. In comparison, Fong Chung-Ray’s works exude a grounded literati temperament, and his artistic expressions are more introspective than Chuang Che’s spontaneity. In the late 1980s, Fong began to study Buddhism and incorporated the essence of Buddhist scriptures and Zen texts into his creative works. Fong added calligraphy and oracle bone symbols to the existing abstract compositions and rich collage layers; he even uses the “reverse frottage” technique to create the effect of “frailed walls” and paper-ink on the surface of the painting. This style continues to this day, and the layered yet broken collage is like a religious practice, faintly revealing the artist’s mindset and accomplishment in his later years when he devoted himself to Buddhist practice.

With the free-thinking movement sparked by abstract art, Yang Chihung moved to New York in the late 1970s and became active in the New York art scene. YAang’s early works touched on a variety of media in addition to abstraction, which echos the functionality of abstraction as a response to aesthetic expectations. In addition to art-making, YANG also plays a vital role in sharing artistic knowledge. In 1987, he published New Trends in Modern Art, introducing the latest trends and theories in Western art to the Chinese readers, which profoundly impacted the younger generation of creators. He became one of the most important Chinese artists in abstract expressionism after Zao Wou-Ki and Chu Teh-Chun.

This exhibition selects the classic works of the three artists to present their creative states at different stages in their respective artistic lives. Compared to the early days of anxiously colliding and reverberating, their later practice was to do as their hearts command, and abstraction has become a familiar and gentle language of expression. We can also map the spectrum and ecology of abstraction formed by the three artists through the group exhibition, which has left a profound impact on the recent development of art in Taiwan.

Further, Transcending Fragments: Fong Chung-Ray’s Artistic Journey, compiled by Prof. Pan An-Yi from the History of Art and Visual Studies, Cornell University Graduate School, will also be published by the Asian Art Center in the near future. The whole volume depicts the creative career of artist Fong Chung-Ray in more than 70,000 words in both Chinese and English. It also includes images of his works at different stages from 1965 to 2019. His life and creation are edited chronologically to allow the readers to simultaneously oversee the artistic context and career of artist Fong Chung-Ray. 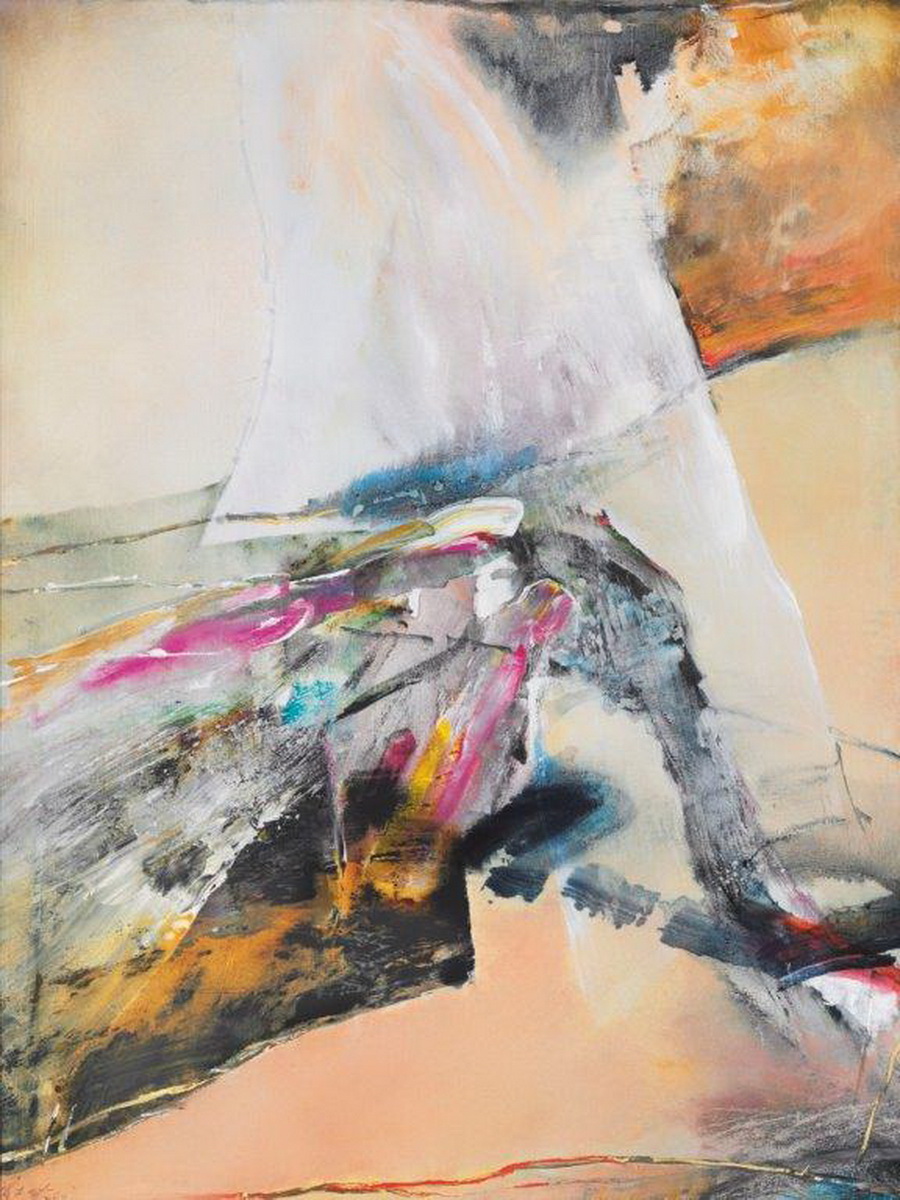 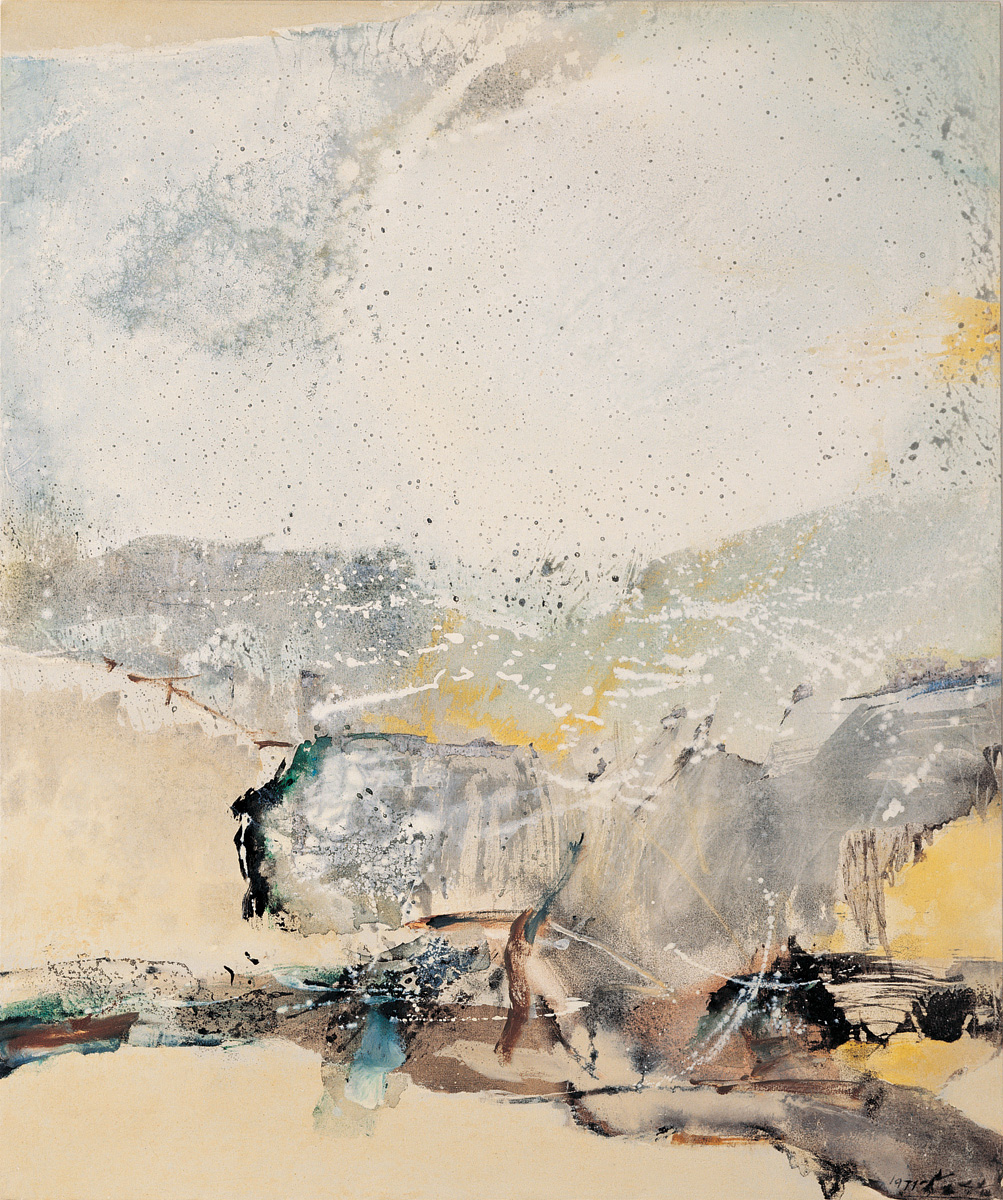 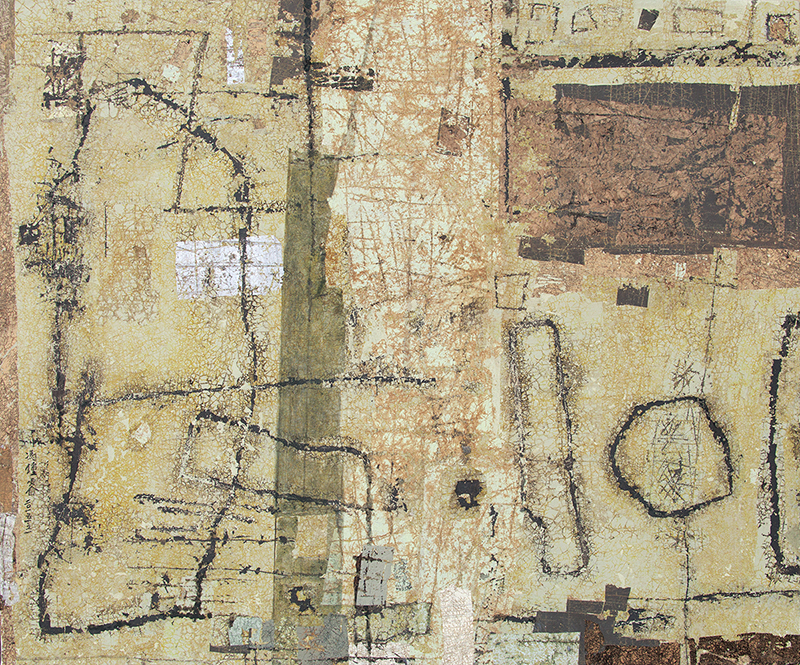 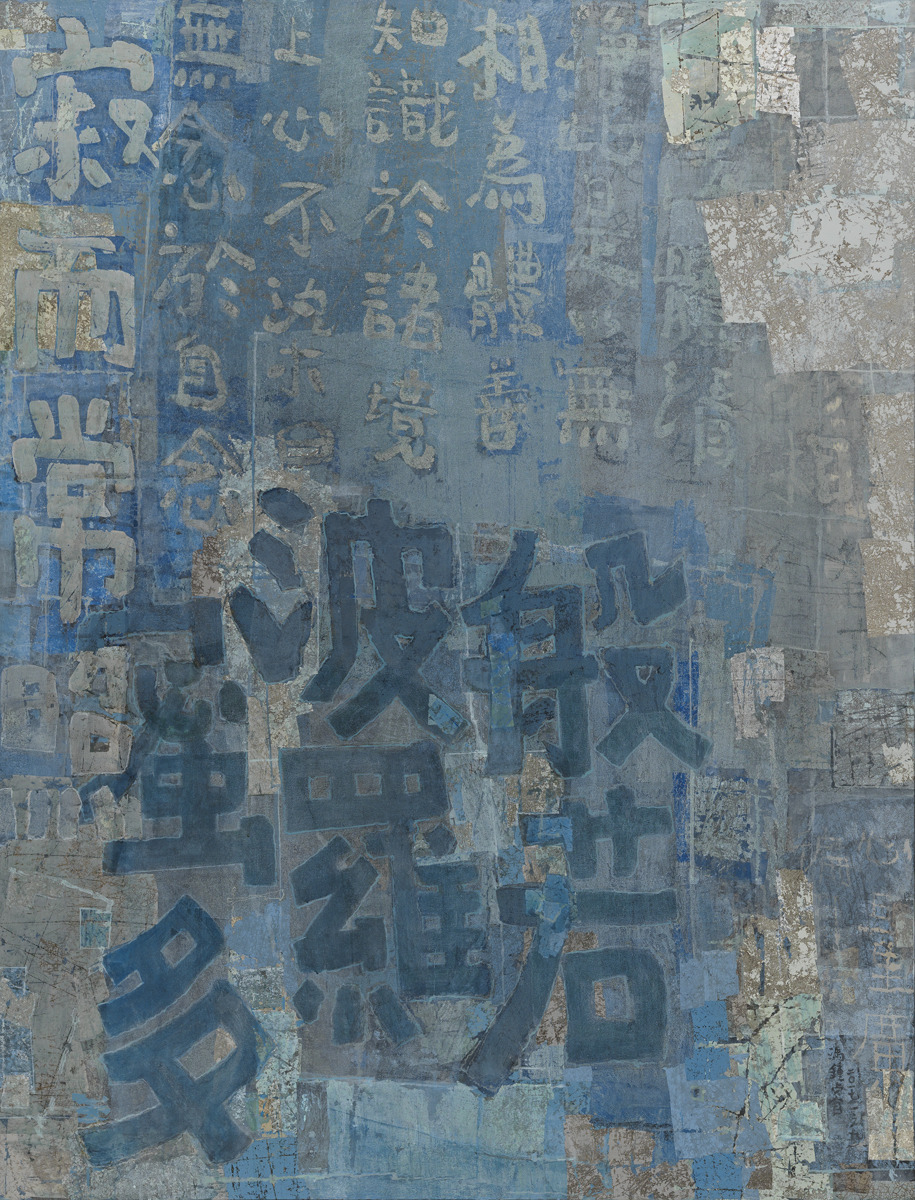 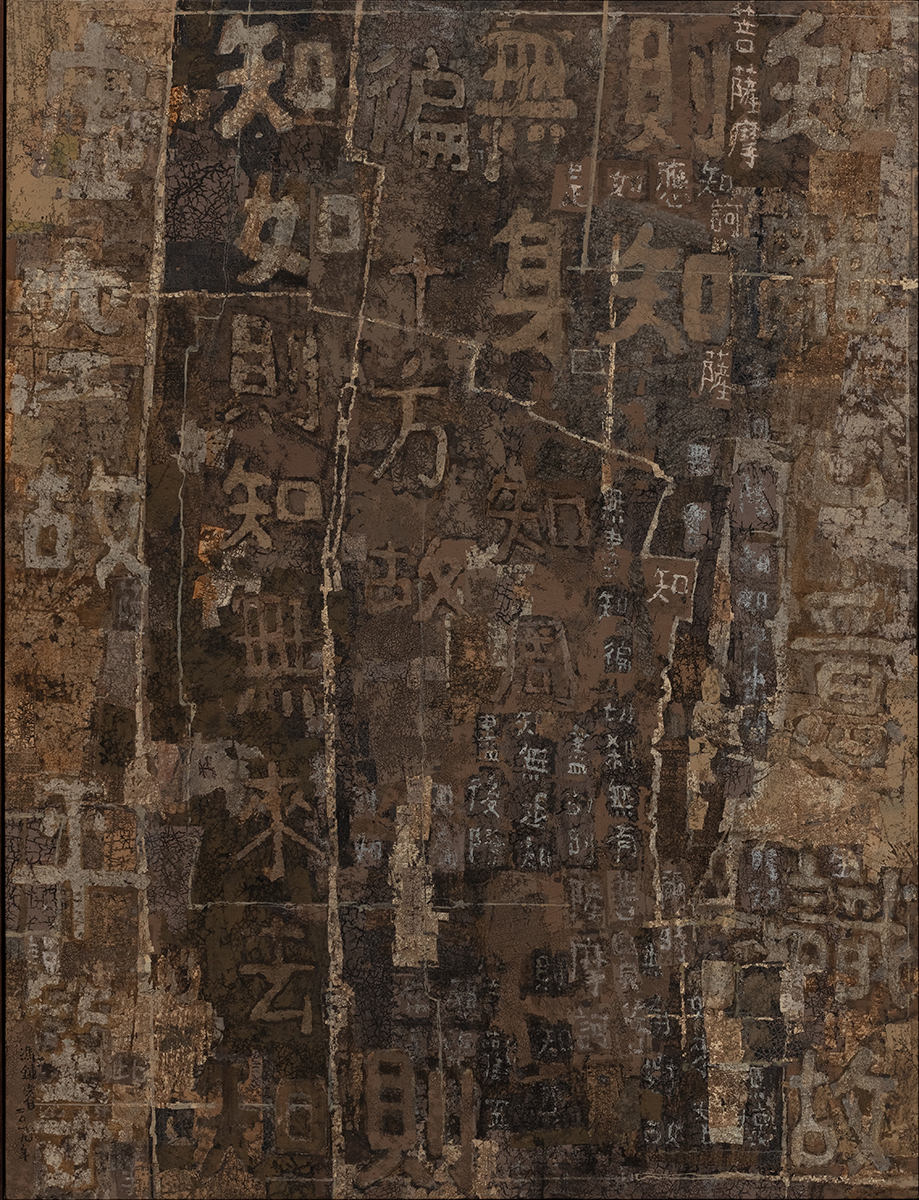 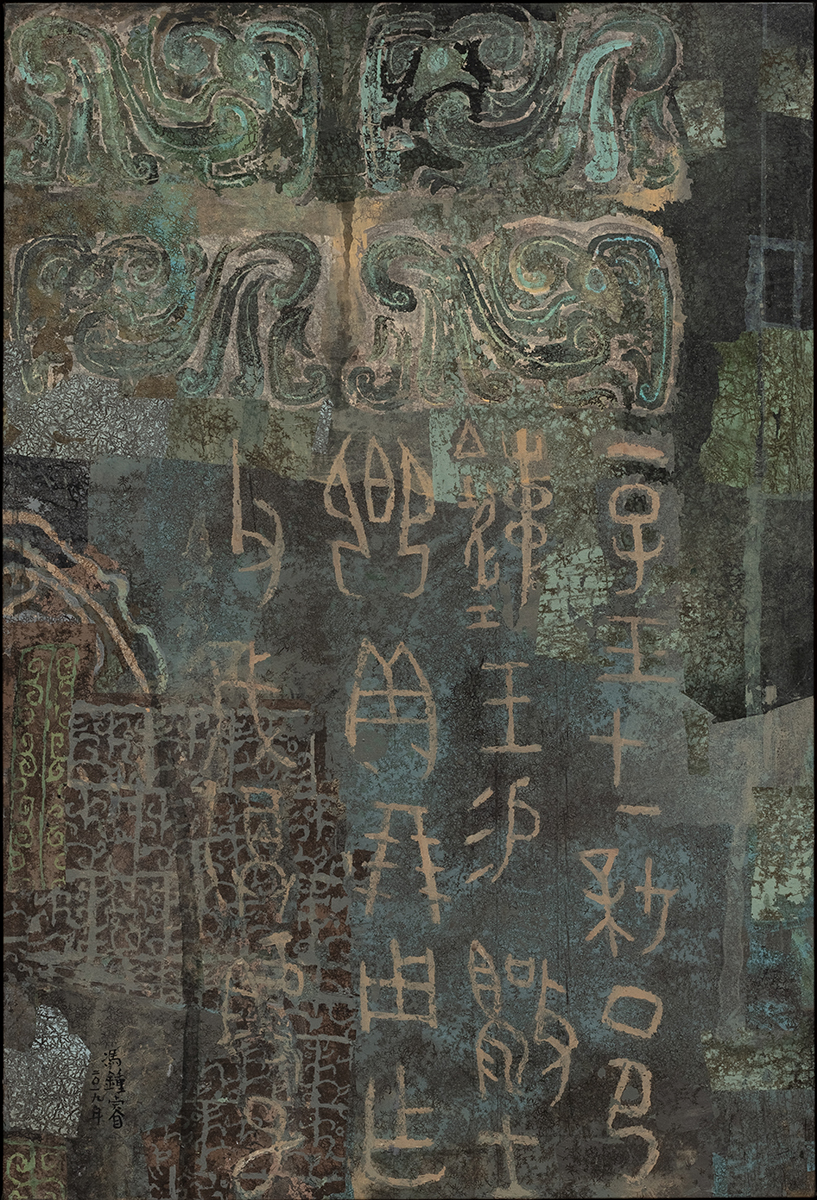