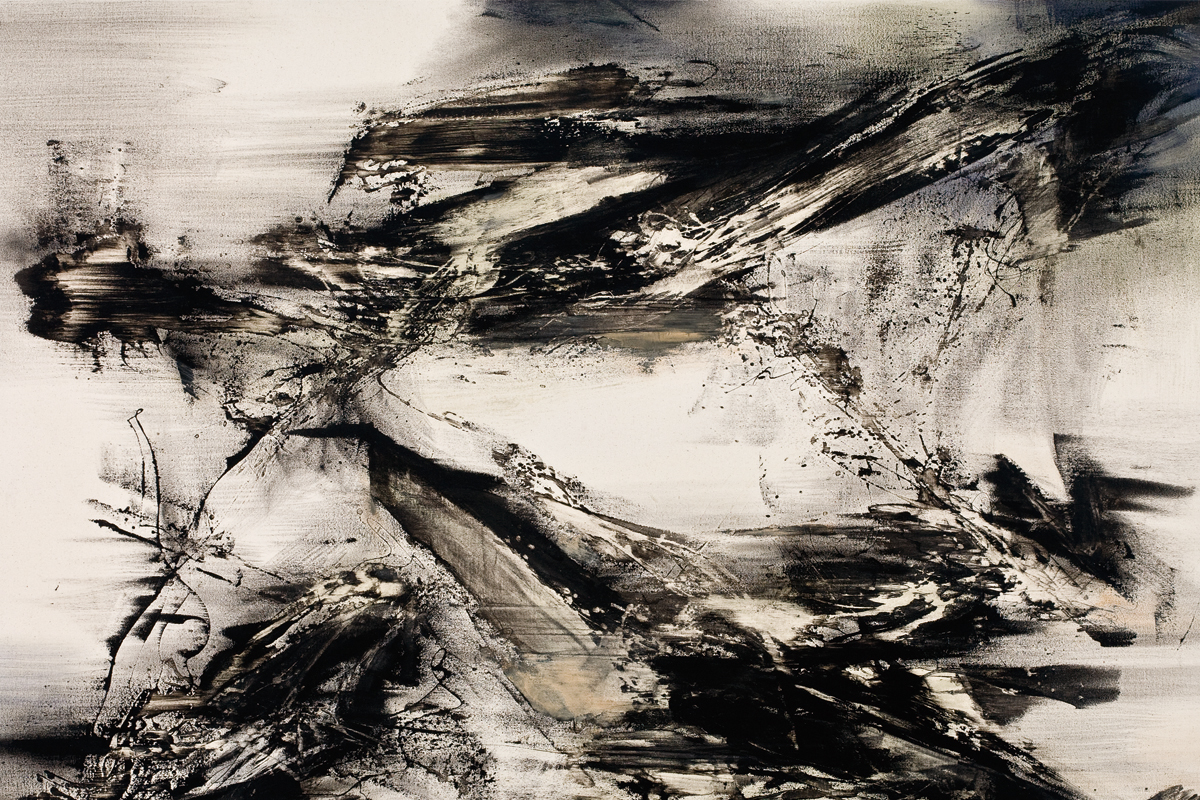 Asia Art Center is pleased to announce the first co-exhibition of our Taipei I & II galleries, The Poetics of Polyphony, featuring the seminal paintings from six periods by Yang Chihung, an internationally-renowned abstract expressionist artist working in the U.S and Taiwan.

“Needle-in-the-Groove” features a distinguished collection of Yang Chihung’s works from the 90s and earlier. These photo archives capture the journey of devout artists, especially highlighting the beginning of his Exploration of Civilization and Archaeology period in the 1980s when he first stepped into the jungle of New York City. Heavily impacted by the Western cultural environment and thinking, artworks created during this period are considered an attempt of adventuring into the unknowns. Yang touched upon the unspeakable desires hidden deep-down in human nature to reflecting our living circumstances, achieving a fully passionate expression in terms of artistic, as well as conceptual, value. Yang’s creative approach was evidenced by his ingenuity in the WORD series in 1997, in addition to adhering to cultural discourse. In 2007, Yang returned to his Eastern cultural heritage for inner representation; his Stream of Consciousness ink work is thus praised as the Eastern poetic expression of abstract sub-consciousness. This exhibition consists of a selection of documents about the artist’s life stories since the last half century.

“Contemporary Mindscope” features Yang Chihung’s most recent paintings. His sharp and powerful brushstroke with emotional flow is both liberation from traditional Eastern calligraphy and Western art perspective – and this incorporation that transcends beyond Eastern and Western culture is exactly what makes Yang one of the pioneers in the field of global contemporary art. The magnificence of Yang’s work lies in the perfect harmony between his precisely controlled physical movement and soaring spiritual experience, presenting to the viewer the unparallel scenery of “Eastern Abstraction”.

Yang Chihung is the first artist of Chinese descent to be awarded The Clocktower residency. His artistic approach has matured over six different phases over a career that has spanned nearly half a century: Representation of the Self (1960-1975), Era of Reproduction (1976-1980), Exploration of Civilization and Archaeology (1981-1988), Botanical Aesthetics (1989-1997), Organic Abstract Expressionism (1998-2010), Eastern Poetics (2011-present). Yang exhibited at Museum de Art Costarricense, Venice Biennales, Italy; the City University of New York CUNY, USA; Yale University Art Gallery, USA; Salon Comparaisons, Espace Auteuil, Paris, France; Museum of Modern Art, Saitama, Japan; National Museum of Modern Art, Seoul, South Korea; the National Art Museum of China, National Taiwan Museum of Fine Arts, and Kaohsiung Museum of Fine Arts, Taiwan. In 2013, Discovery Channel assigned a film crew to Taipei, New York and Venice, in an effort to document the achievement of Yang Chihung, who was chosen as representative in the painting category; the documentary program titled Chineseness was broadcasted in 28 countries.

Journey To The Aegean

Allurement of the Mystical Land

Splendor of the Past

Violence of the Nature

The Decline of A Grand Dynasty