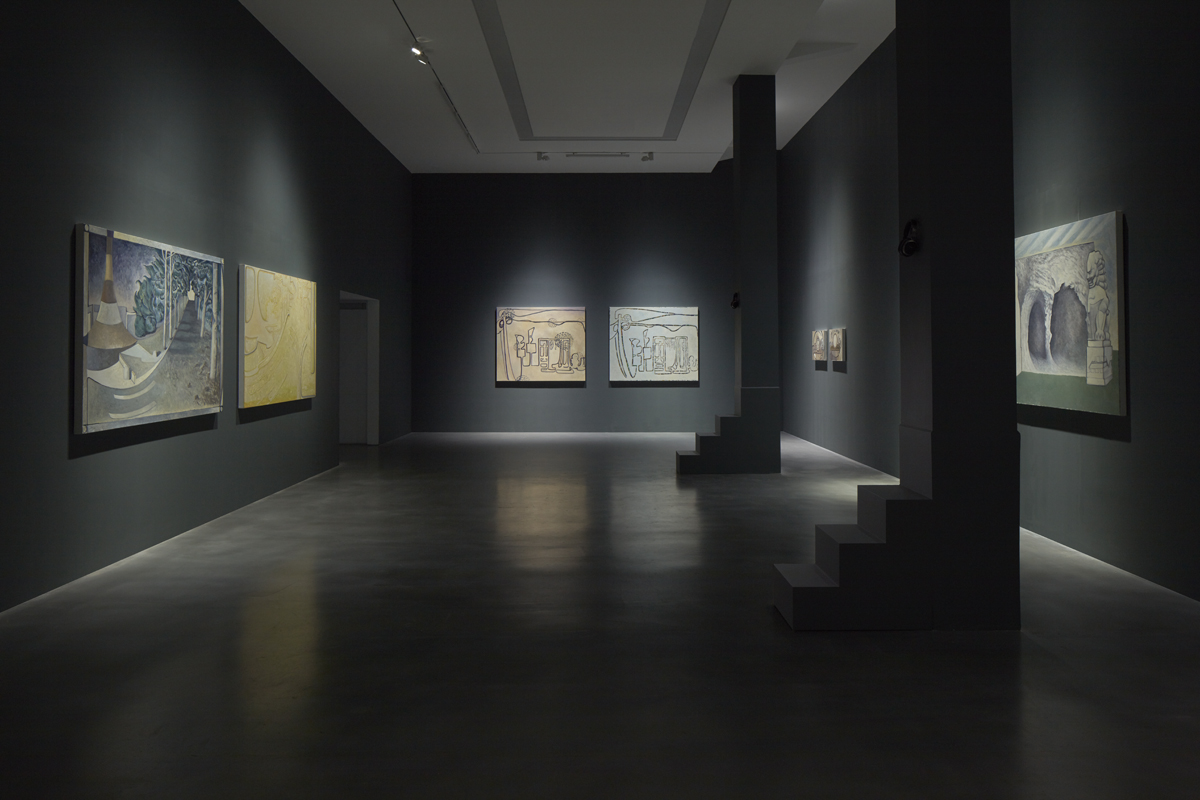 A+ Contemporary is pleased to announce the opening of He Xun’s solo exhibition “The Second Oracle” on May 19th. This is the second solo exhibition of artist He Xun at A+ Contemporary. Featuring He Xun’s latest “Juxtaposed Practices” painting series, as well as the interlacing installation and sound elements, the exhibition invites viewers to step inside a mythic, ritual wonderlust where visual, audio, and three-dimensional space unfold a sacred conversation. Yet simultaneously, the outsiders who enter into this scene become the voyeurs that take active participations within. The exhibition will be on view until July 1st.

Continuing with He Xun’s exploration of “Juxtaposed Practices” from the previous exhibition “Rural Rhapsody”, He Xun borrows the linguistic principle of rhyme, reusing and applying it into his painterly practices, through which the juxtaposition between the two relatively associated, yet separately independent paintings become the main characters of this ritual, forming into a narrative. In this shift of trajectory, the painter thus steps behind and turns into merely a mediator that connects the two paintings. Whispering in soft tones, staring with the affectionate eyes, the artist moves in between and takes positions of different characters. Sometimes a “painter”, a “poet” or a “curator”, sometimes a “detective”, a “wanderer” , or a “performer”, through these character incarnations and action transmutations, He Xun personifies these works, granting them with moods, emotions and thoughts, and carefully silhouetting the subtle variations and interrelations that reside inside. Through which he reinvestigates and probes the conditions of paintings and their modes of comprehension.

For example, the “Juxtaposition Practices” pair “Morandi-Early Winter” and “Morandi-Deep Autumn” takes positions of two lovers who’ve known each other for a long time. “Early Winter” is a man, a painter, a poet; romantic, exquisite, gloomy yet fragile, he loves good deeds, life, the beauty of thinking, and the game of languages, who inherits the temperament of a lunar moon. “Deep Autumn” is a woman, as if the Venues, who defines beauty; lively, warm and cheerful, she is the zealous fan for outer planet foreign civilizations, who is given the temperament of a solar sun. The intimate whispering conversations that hide within these works thus place an enigmatic puzzle to the viewers, yet they could also be read as a form of self-expression that the “oracle” thinks most suitable for himself, nevertheless, they provide infinite endless possibilities for us, the “intruders”, to unravel this ritual conversation.

The stone gates that erect solely in the primeval open landscape, the deity-statues-like lion stone monuments that flank silently aside; the lunar eclipse that takes place secretly in the vast night sky; the ancient scale balance that lies tranquilly inside the seclusion of a wise elderly man, In the mist of this primordial, solemn, serene and mythic realm, He Xun further uses the elements of stairs and sounds with a clever twist, transforming the exhibition space into a primitive sacred land. As if the steep stone pathway on a mountainous slope, the “Pillars that are Used as Stairs” subtly delivers a revered feeling, when we happen to step on it, in between the moments of ascend and descend, the whole view of the paintings unfolds in front of our eyes. This is another hidden landscape, inhabiting within, we seem to become the oracle, that overviews this secret paradise in stillness. Simultaneously, as if the chanting mantra, the humming sounds of reciting transmitted from the headsets, are thus delivered to us as the ancient prophecy, unraveling the conversations formed between the paintings-the scriptures of these oracle letters-to us. In the interplay between sound and perspectives, we witness and experience the rites that take place in this sacred ritual performance, as if a calling from afar, a long-lost quest for veneration slowly returns in this solemn ritual. 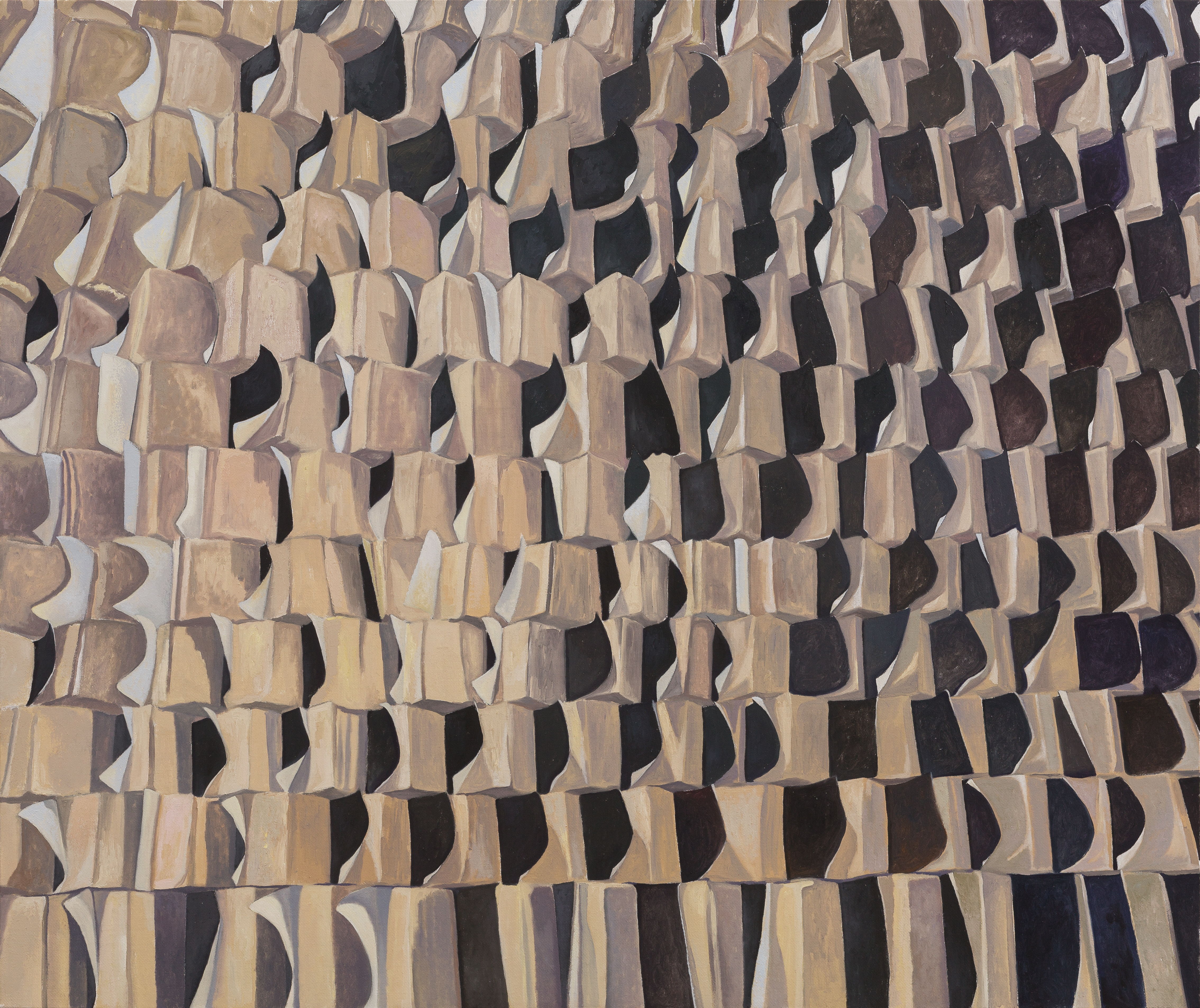 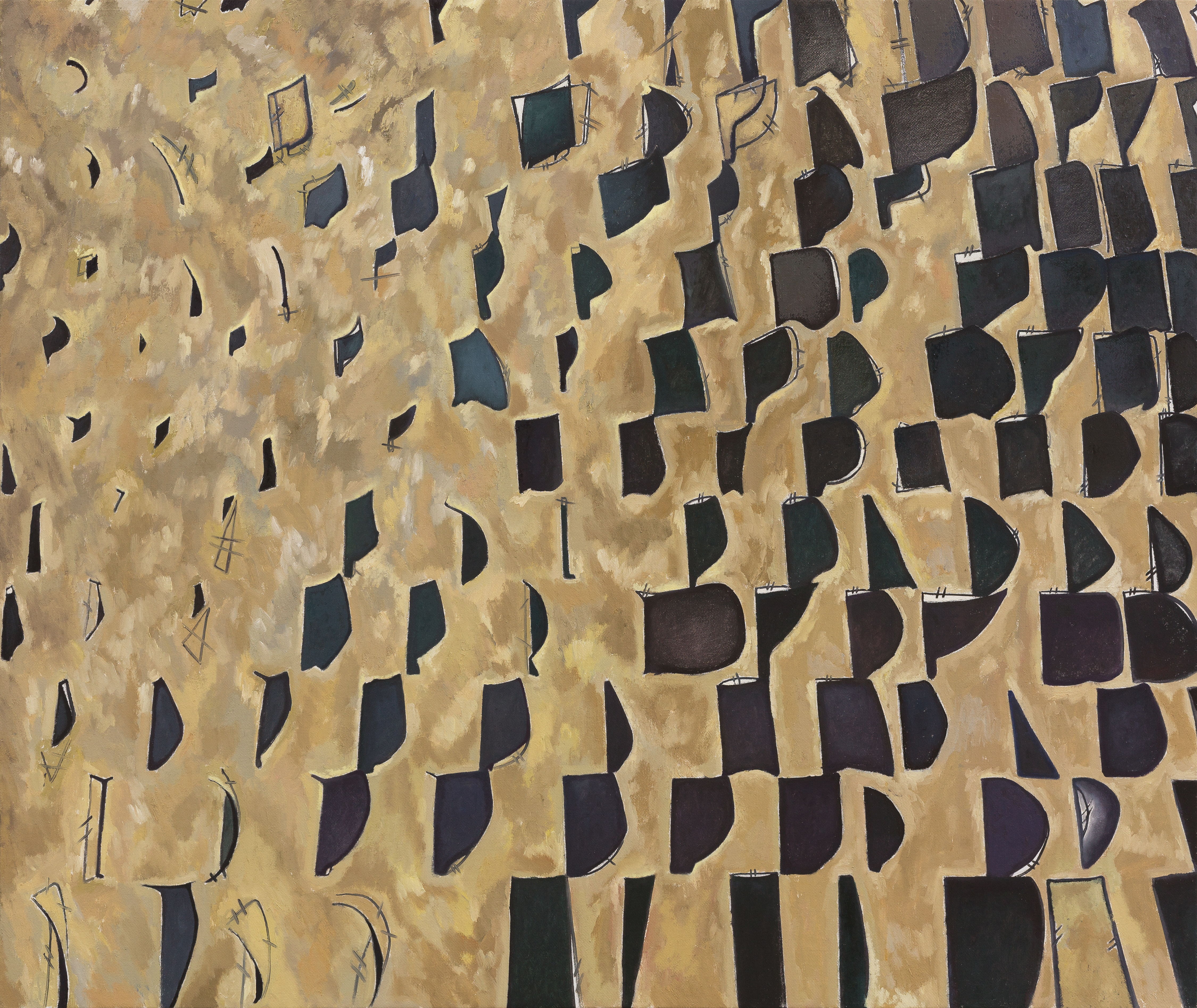 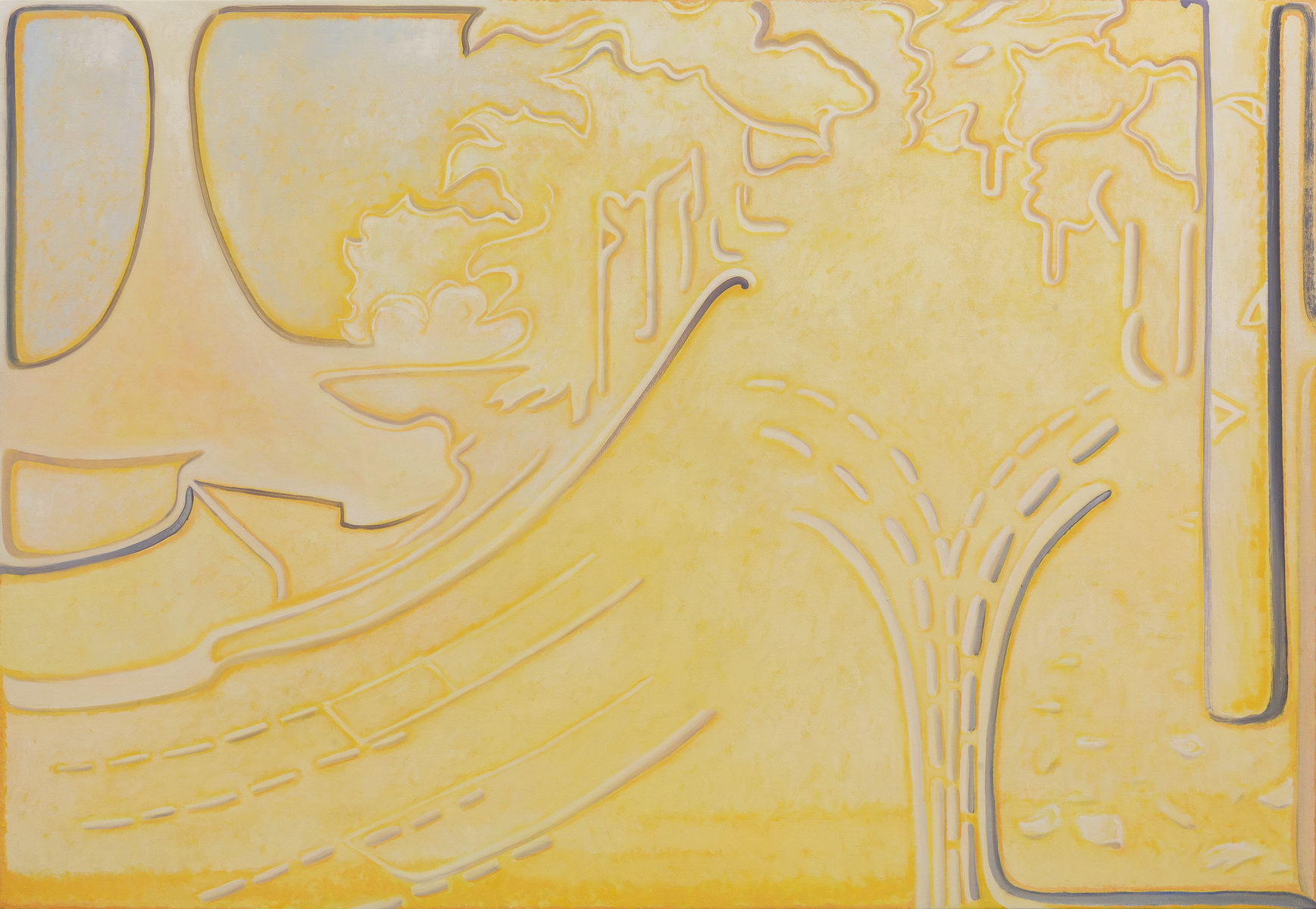