Artist Yang Chihung (b.1947) graduated from the Department of Fine Arts at the National Taiwan College of Arts(currently known as National Taiwan University of Arts), and immigrated to New York in the late 70’s. Yang Chihung has been active in the New York art scene since the 1980’s, and continues to create work to this day, becoming one of the most significant abstract expressionist painters since ZaoWou-Ki and Chu Teh-Chun. He was awarded the “Asian-American Artist” award from the Governor of New York in 1989, and was the first artist of Chinese descent to be awarded the Clocktower residency. He began writing reports and critiques on art, chronicling the developments of Western art; his writings were published in “Chung Po” in New York, “Artist Magazine” in Taiwan, and in the art magazine “Lion Art” which grew prominent on both sides of the strait, providing in-depth introduction and inspirations to a nation that was lacking in its sources of art information. For the Chinese art world then, it truly opened a door to the latest Western art news and information, imparting contemporary art knowledge to many artists.

Yang Chihung’s artistic career spans over photography, prints, sketching, ink, ceramics, paintings and other fields. The core of his practice is stemmed within his “explorations into the meaning of life”. His art has journeyed through a course from representative to abstract: from his earliest reflections on own “existence”, then came criticisms of “urban civilization”; he ventured into “post-modernist expression of romanticism and symbolism” when he first immigrated to the United States in the 80’s before beginning a series of abstract paintings with the theme of “botanical aesthetics”, and he stopped to delve back into spiritual explorations of the inner world after the year 2000. Yang Chihung has been creating a series of work –Stream of Consciousness– since 2007. Yang believes his earliest ink work was deeply influenced by James Joyce’s (1882-1941) “Stream of Consciousness” writing –iterations of concepts are not in connected fragments but are rather an uninterrupted and continuous process. His proclaimed calligraphy-inspired concepts and experiments allow his works to possess both restraint and lyrical qualities that are unique to Eastern painting. His understanding of Chinese calligraphy transformed to become a source of inspiration for abstract art, exemplifying a profound Eastern nature and spiritual harmony. His most recent creation The Stream of Consciousness series further emphasizes “gufa” (strength) and “qiyun” (grace) in traditional Chinese painting; many spots on the canvas are left raw while splashes of paint mimic the movement of wild cursive calligraphy. Staying true to the words of art critic Yin Shuangxi: “his work conducts a transformative expression on the language of Chinese classical paintings; this expression, in its form, is the calligraphic brushstrokes, shades of black and the vibrant atmosphere that yield freely in abstract paintings– in actuality, the most fundamental relationship lies in the ‘intrinsic reality’ sought after by both the language of art and artists.”

Since Yang Chihung’s partnership with Asia Art Center in 2000, his work has not only been widely promoted across the straits but also shines on an even broader international platform, such as the Venice Biennale, Ueno Mori Museum and more. The exhibition titled “The Poetics of Polyphony” was held in both of Asia Art Center Taipei’s venues in 2014; it established half-a-century worth of artistic creations from the 70’s to the present, presenting the artist’s most comprehensive artistic journey and achievements. For decades, Yang Chihung has been relentless in his work, whether it be considerations or rumination over abstract or representative, Eastern or Western, traditional or contemporary. Yang has left a profound impression through the course of his creative career, realizing his most distinctive painting aesthetics. 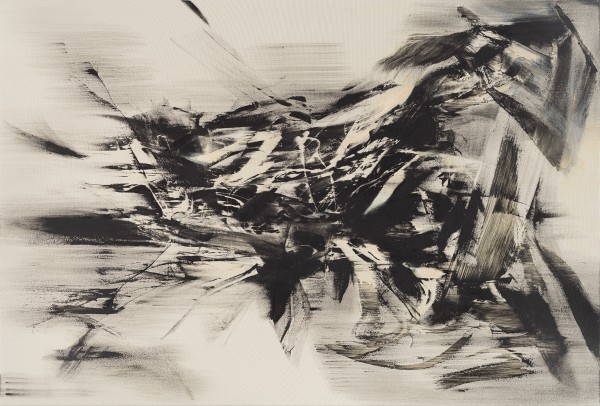 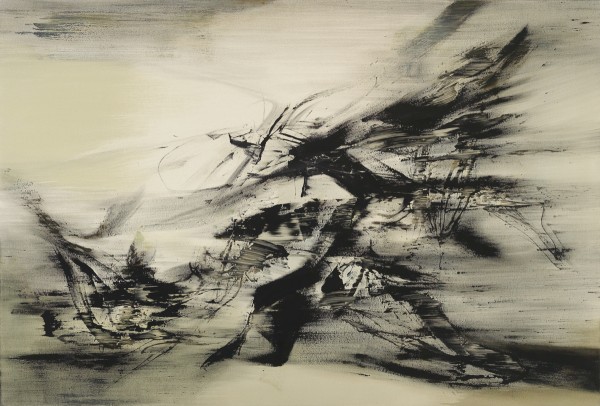 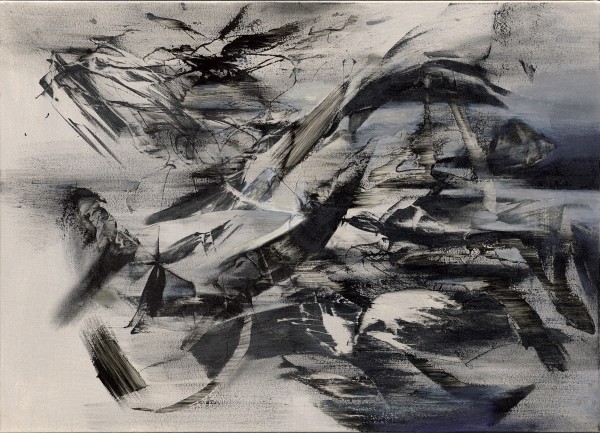 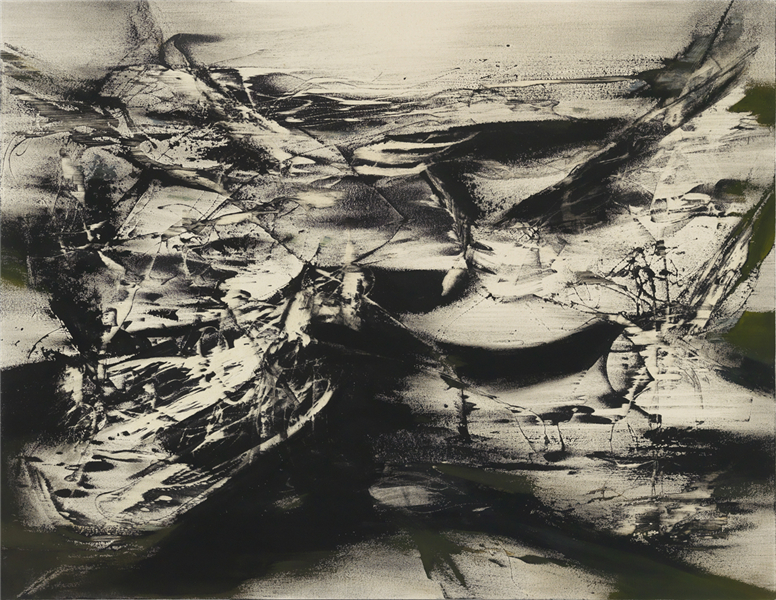 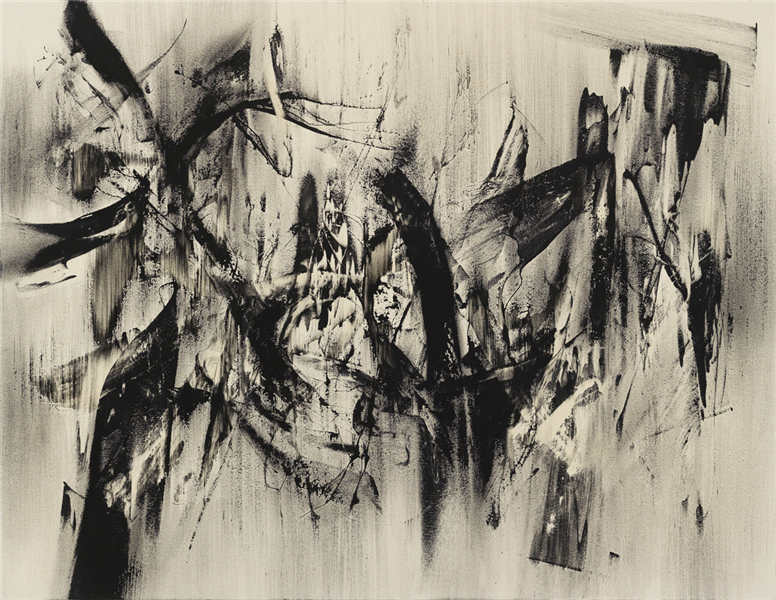 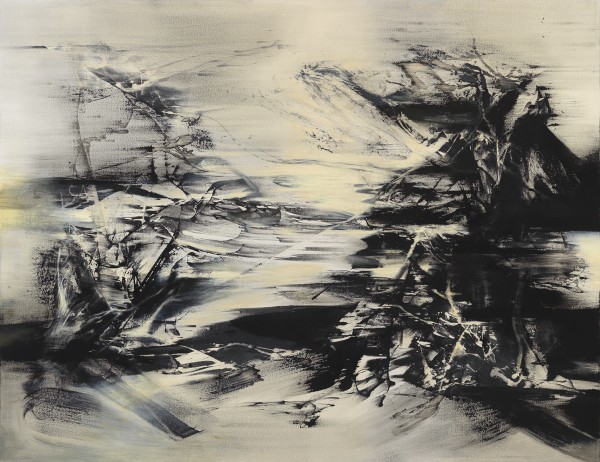 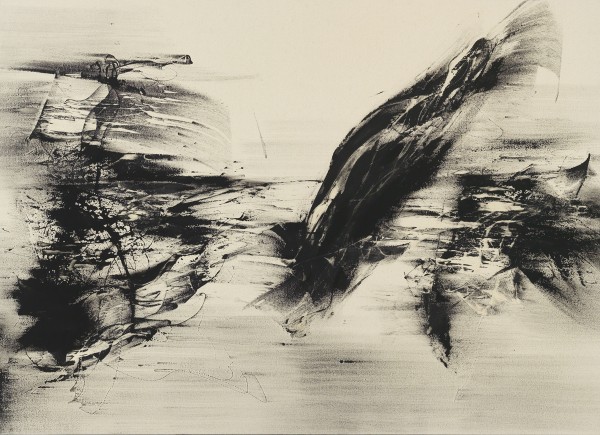 Time is The Essence I

Time is The Essence II

The Formation of Mountain 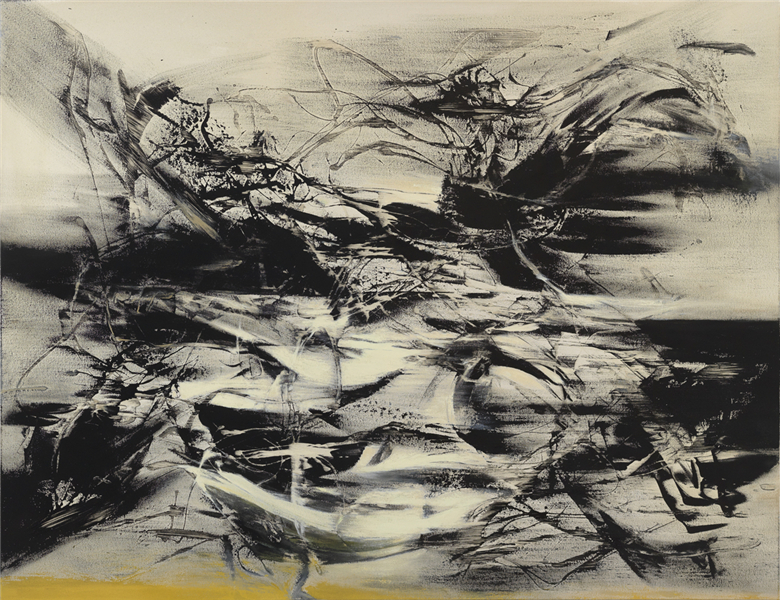 The Journey of Ice Breaking