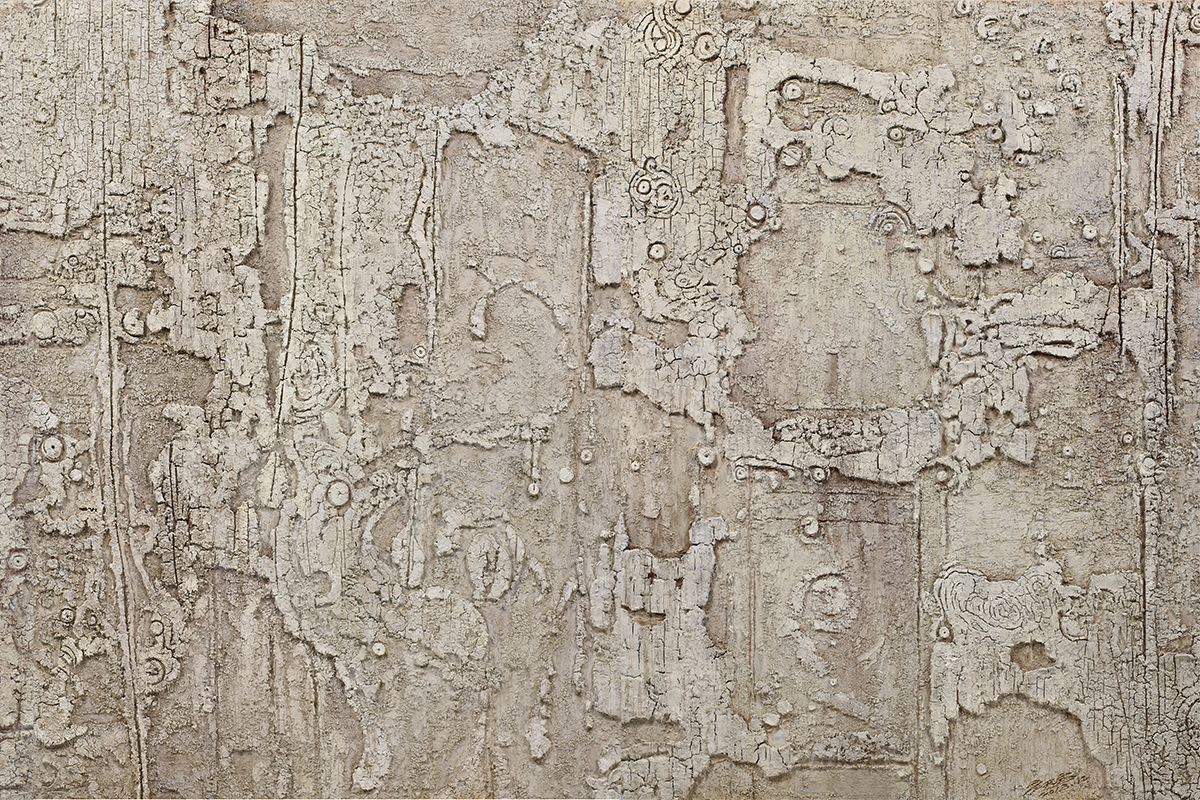 *Ying Tianqi: the first Chinese artist to have been consecutively invited to participate in the International Art and Architecture Biennales.

As an artist who has paid keen attention to China’s architecture and ruins culture for a long time, Ying Tianqi’s work reflects his fascination with stories and memories behind historical walls, and thus naming the exhibition “The Wall of Enigmas”.

Twenty years ago Ying Tianqi discovered the Wannan ancient village of Xidi, investing eight years to create his renowned Xidi Village series, widely heralded in the Chinese arts community. The widespread acclamation of the work gave Xidi village tremendous publicity as a must-see tourism destination, and Xidi was included by UNESCO as a world heritage site. Consequently, the relationship between arts and civic engagement, in other words, the role of an artist in the society, prompted Ying Tianqi to search for innovative artistic languages that would increase social awareness.

Through the 2011 “Traces of Centuries” exhibition, Ying Tianqi unveils his profoundly perceptive Oriental aesthetic sensibilities, spirit and style, at the Shanghai Art Museum. Given the advent of globalization and rapid technological developments, Ying Tianqi eloquently swims against the stream as he exposes the impacts of modernization affecting our traditions. Relying on the rich tapestry of traditional Chinese heartland materials, his deft use of minimalism and semiotic exploration through collage and color illustration in mixed-media, serve to resuscitate a compelling sense of concern for the revival of traditional Chinese culture. These urgent pleas represent not only an artist’s heartfelt expression, but the consensus of the Asian cultural memory as repository of our special shared cultural attributes and profound historical appreciation.

Ying’s artistic achievement soon led him to the international art scene. Traveling between one of the most artistic cities in Europe and his homeland have often put him in time-space confusion, “it is as if I am back to the modern world from a classical time,” he said, “I am particularly inspired by Piet Mondrian, the representative figure of abstract painting in the West. My work series, however, is different in that in the middle of each work you’ll find a traditional Chinese window frame – that is the root of Chinese culture.” It highlights the unique position of Chinese art in the Western-dominated, or global sense of “contemporary art”.

Ying Tianqi’s work has always been attached to our collective history and memories. Through tracing the artist’s creative journey, we discover that his recent works embodying both sense and sensitivity – as reaction against sacrificing historical things for massive production and rapid development in this new era – are evident of sophistication.

From Xidi Village series to Encounter Piet Cornelies Mondrian, Ying explained: “’Wall’ symbolizes a media for communicating cultures and ideas, it represents ‘me’ in this concept. I have encountered many different things, gone through different periods of time in my life, and my understanding of the world is reflected on my depiction of walls.” As the Chinese economy has continued its unprecedented streak of impressive growth through the start of this new century, Ying ponders the balance between the future of a nation and whereabouts of traditions. The “Spirit of the East” has indeed led Ying Tianqi away from geographical confinement, yet closer to his own cultural heritage.

See the light No.3