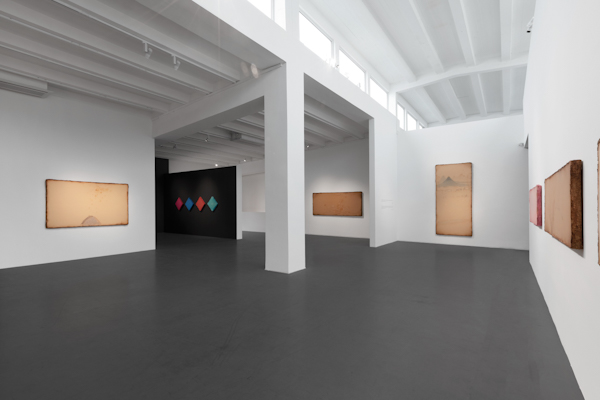 Asia Art Center is honored to announce that the new exhibition entitled “Winning Cards – Artworks of Chen Shuxia” will be held from August 15 to October 11, 2020. As a retrospective presentation of artist Chen Shuxia’s artistic creation in recent years, it systematically displays her different creative states in different periods, outlining her spiritual journey by moment. Starting from “primary colors” in the 1990s, to “virtual and real”, to “within a landscape”, and to the recent representative stages of “being-there” and “the edge”, Chen Shuxia constantly changed methods of visual expression. Her subject matter constructs a unique individual narrative, which examines the self while examining the society through identity. After the past exhibition entitled “The Edge” held in Meilun Art Museum, Changsha in 2019, this approaching solo exhibition incisively and vividly presents in a systematic context with 52 works, including 11 latest art creations from “Winning Cards” series.

Chen Shuxia, born in Wenzhou, Zhejiang Province in 1963, developed and nourished her artistic creations at the Central Academy of Fine Arts since the late 1970s. If tracing back to the visual origin of Chen Shuxia, the work “Pink Flower” laid a foundation of her creative path. Without grandiose scenes, numerous or complicated objects in artworks, she focuses mostly on the subtleties of life, plain and simple, seemingly flat and straightforward, which nevertheless convey the “scene” and “object” with a soul that is stubborn and independent. Visual images by Chen Shuxia condense a way of expression close to nature, with a self-contained inner spirituality and philosophy. Real yet imaginary brushstrokes, ethereal layout and minimalist painting style facilitate her artworks a distinctive ethereality from traditional aesthetics, which is the so-called “The void has boundless potential”. In this regard, artistic tension that transcends time and space is presented, meanwhile a pure soul is condensed in artworks, inspiring endless reverie of audiences.

As Zong Baihua mentioned in Strolling in Aesthetics, “The cultivation of beauty lies in being void to create a distance to the image, isolated and insulated as a realm of its own.” Whether it is still life, landscape or figure painting, you can feel the beauty of her artistic conception from ethereal freehand brushworks, full of vigor, and the coexistence of virtuality and reality. Ignoring ordinary life and familiar sceneries acquired a sense of alienation after unremitting interpretations and refinements by Chen Shuxia, which is undoubtedly a kind of perception and transcendence of reality. In terms of artistic expression, Chen Shuxia uses a way of disassociation, so that visual images seem both present and distant, as illusions are wandering between virtuality and reality. The sense of alienation highlights the mystery and texture of artwork itself, which make Chen Shuxia’s work mature and distinctive.

This exhibition entitled “Winning Cards” embodies Chen Shuxia’s innermost myriad of thoughts behind visual scenes, as well as her psychological trade-off between likes and dislikes. She persistently believes that her holding in hands are “winning cards”. From following the rules to subverting into her free-wheeling expressions, Chen Shuxia renders subjective sensation incisively and vividly, thus ingenious arrangements of each work are straightforward yet confident. From her fascination with gorgeous colors to an eternal pursuit of single color and simple atmosphere in artworks, her interpretation and expression of Eastern culture has become sophisticated. From still-life to figures, to landscapes, until a pure, quiet, refined image with simple color gamut, Chen Shuxia’s creation has experienced a naïve sight of “See mountain is mountain, see water is water”, which subsequently shaped her unique visual logic and artistic exploration route, with an ultimate retrieval of an innocence towards the basic nature. It seems as a process of constant perfection, purity, and simplicity, also a cruel process of filtering the world with a focus on the sense of age and the vicissitudes of time.To some extent, artworks of Chen Shuxia achieved the transformation and sublimation of the self while interpreting her understanding regarding life and inner heart.

Winning Cards – The Ace of Spades

Winning Cards – The Queen of Hearts