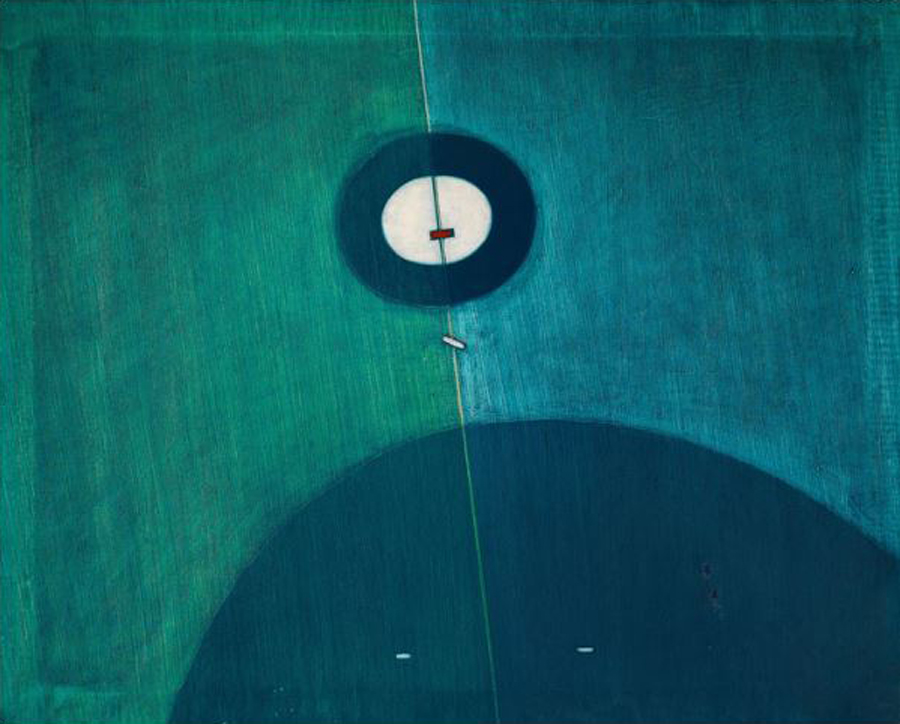 The exhibition Reverberations – Ho Kan includes compositions ranging from Surrealism to Geometric Abstraction, and made from the 1950s to the present. During this period, Ho was living in Taiwan and Europe, following the developments of various modern art movements, and accumulating a rich and impressive body of work. The works in the exhibition have been selected from several hundred oils and drawings, and also includes documentary material such as drawings, photographs of the artist and his studio, a chronology, dozens of exhibition catalogs and a film featuring an interview with Ho Kan. 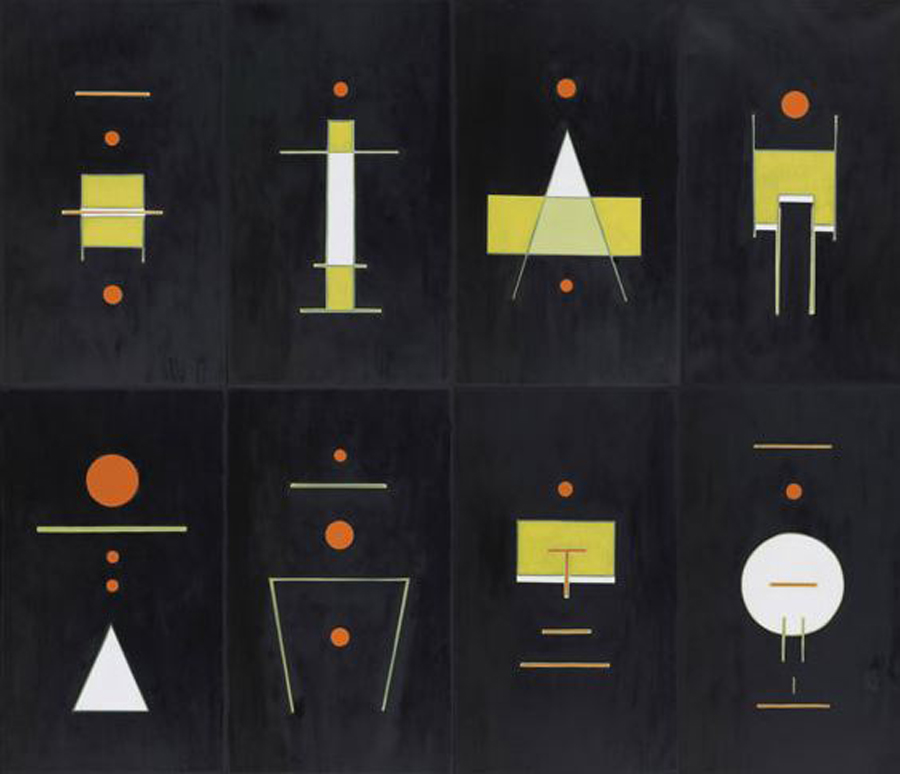 Ho Kan is an abstract painter born in 1932 in Nanjing, China. In 1951, he studied modern art with Li Chun-shan, which was an experience that deeply influenced his thinking about art. Most of Ho’s early works captured “mental images.” His colors tended to be of medium to low chromatic saturation and relatively dark. After settling in Milan he elaborated upon his surrealist explorations, yet his outlines tended toward rational geometrical abstraction. . This was a period of transition in the formation of his artistic vocabulary. In other words, following the mid-1960s, Ho Kan moved in the direction of compositions with hard edges, and a spirit of visual poeticism. Structures composed of colored circles and lines implied spaces moving in random and unpredictable directions, manifesting forces acting from outside the frame and expressing the significance of things external to the picture. From the 1970s to today, his colors have become increasingly dense and bright, his compositions increasingly lissome and minimal, frequently expressed in symmetrical, spontaneously manifested points and overlapping short, straight line segments. 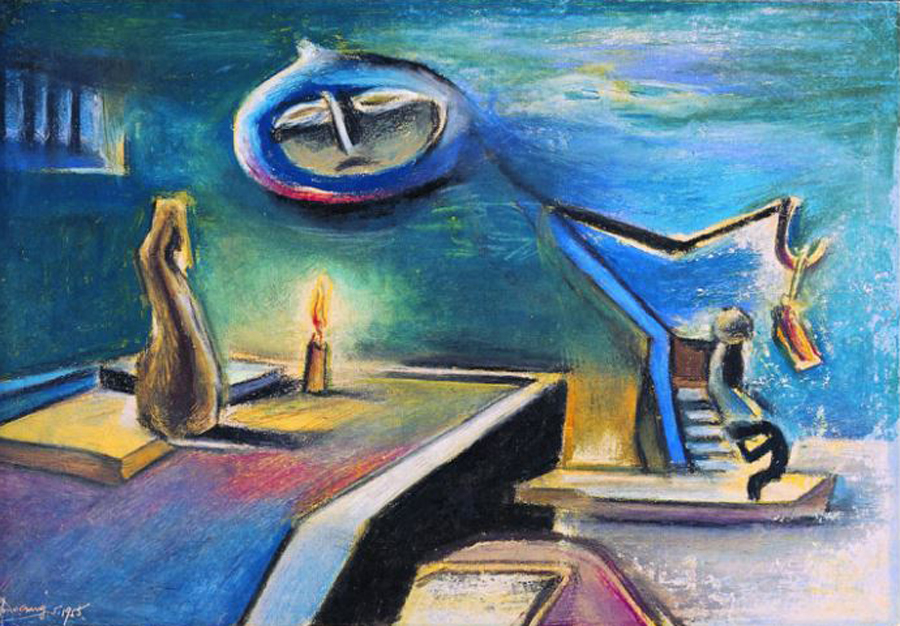 Ho Kan, whose given name was Huo Hsuehkan, was born in 1932, in Nanjing. He moved to Taiwan in 1949 and studied painting with Lee Chunshan. In 1950, he was accepted to the Department of Art at Taipei Normal School. He joined the “Painting Association of the East” in 1956. He was inspired by Dalj, Joan Miró and Amedeo Modigliani. He absorbed the Western modern concepts and techniques to create their own art form. In 1964, Ho was inspired by the PUNTO art movement in Italy. He combined the oriental philosophy of ” keep calm and observe” with Lee Chunshan’s “Orientalism” spirit. Using Chinese aesthetics as basic, calligraphy, stone engraved and seal carving became his inspirations, while borrowing Neoclassicism and surrealism as forms. He had taught in Jingmei Primary School and served as art instructor at the Compulsory Education Advisory Group to promote the development of arts education in Taiwan. The artist’s important solo exhibitions include solo exhibition at Pinacotecae Museicomunali were held in Italy. Ton Fan and Fifth Moon Group Twenty-fifth Anniversary at National Taiwan Museum in 1981, Lee Chunshan and Students Exhibition at National Taiwan Museum in 1999. He held many solo exhibitions in Italy and Switzerland. His recent exhibition is Reverberations‧HO KAN at the Taipei Fine Arts Museum and 1960 – The Origin of Taiwan’s Modern Art organized by Asia Art Center Taipei in 2016. 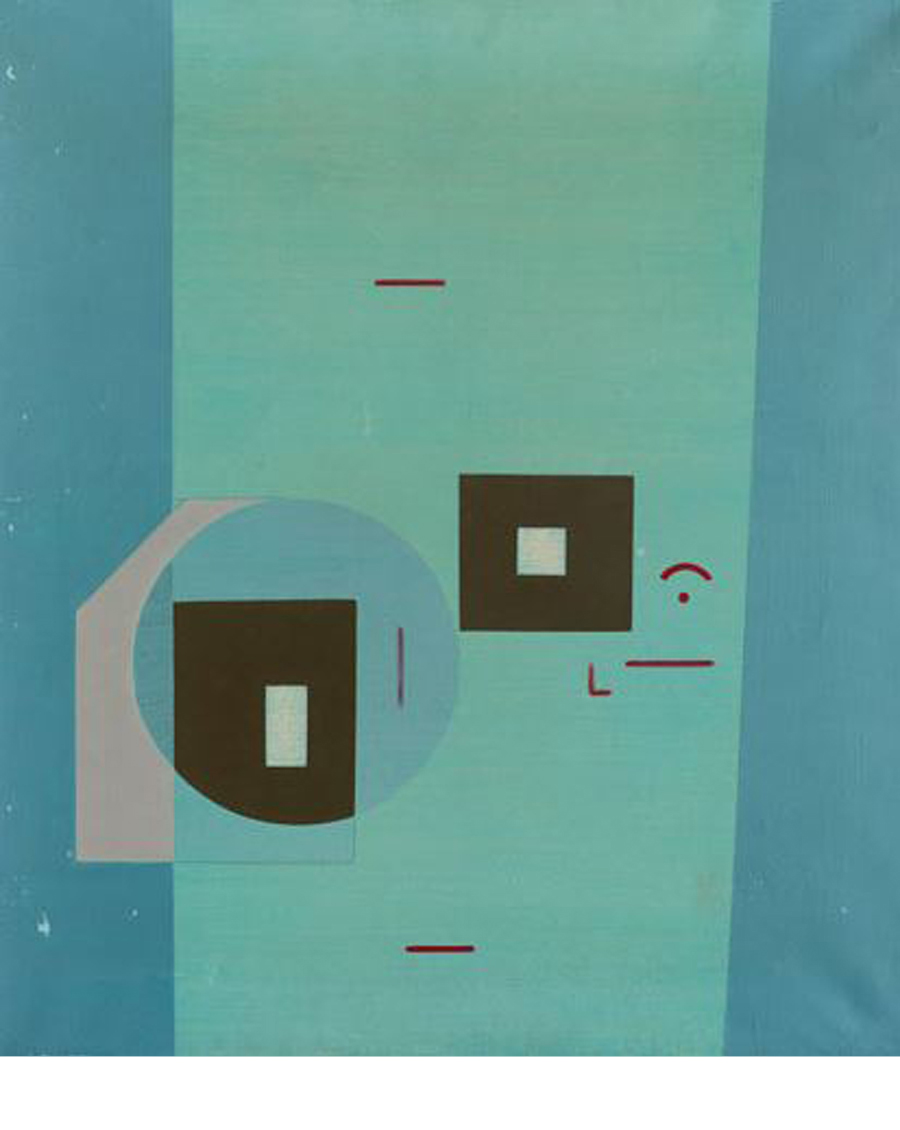 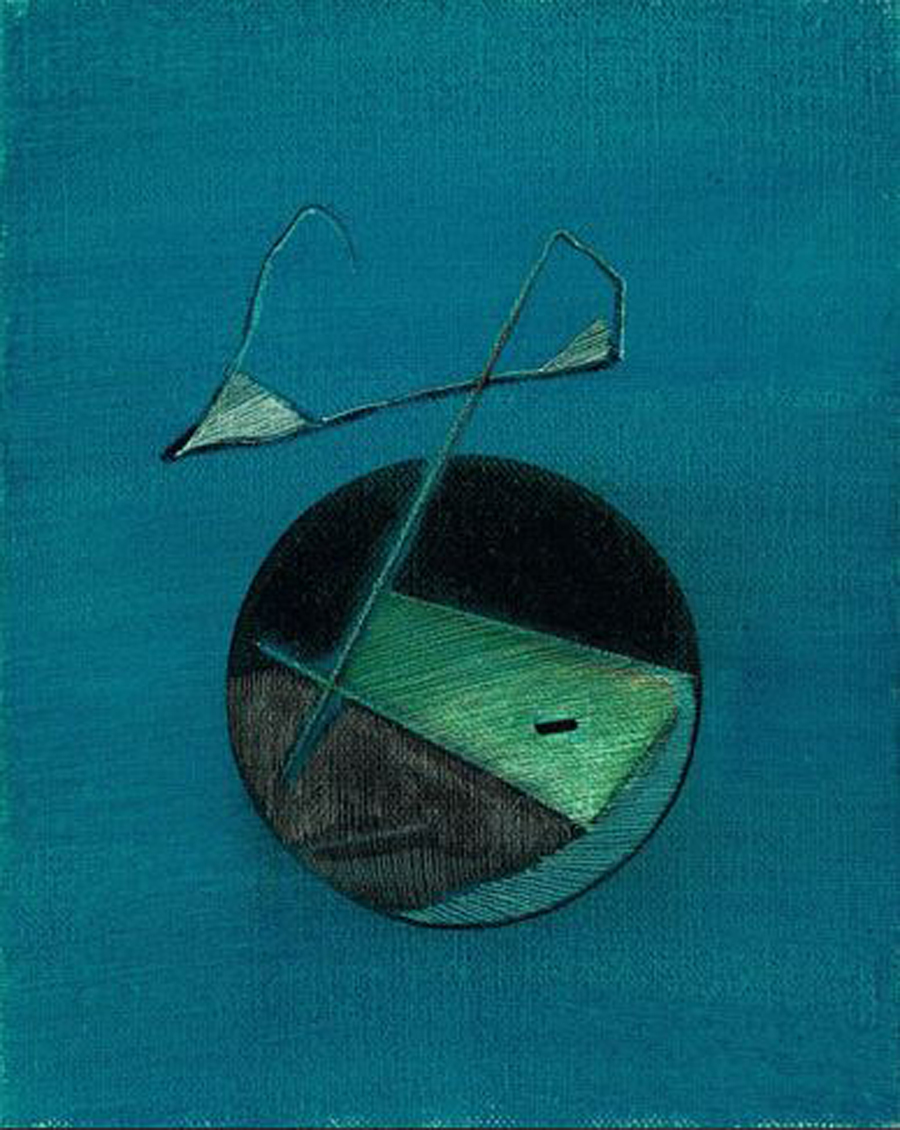 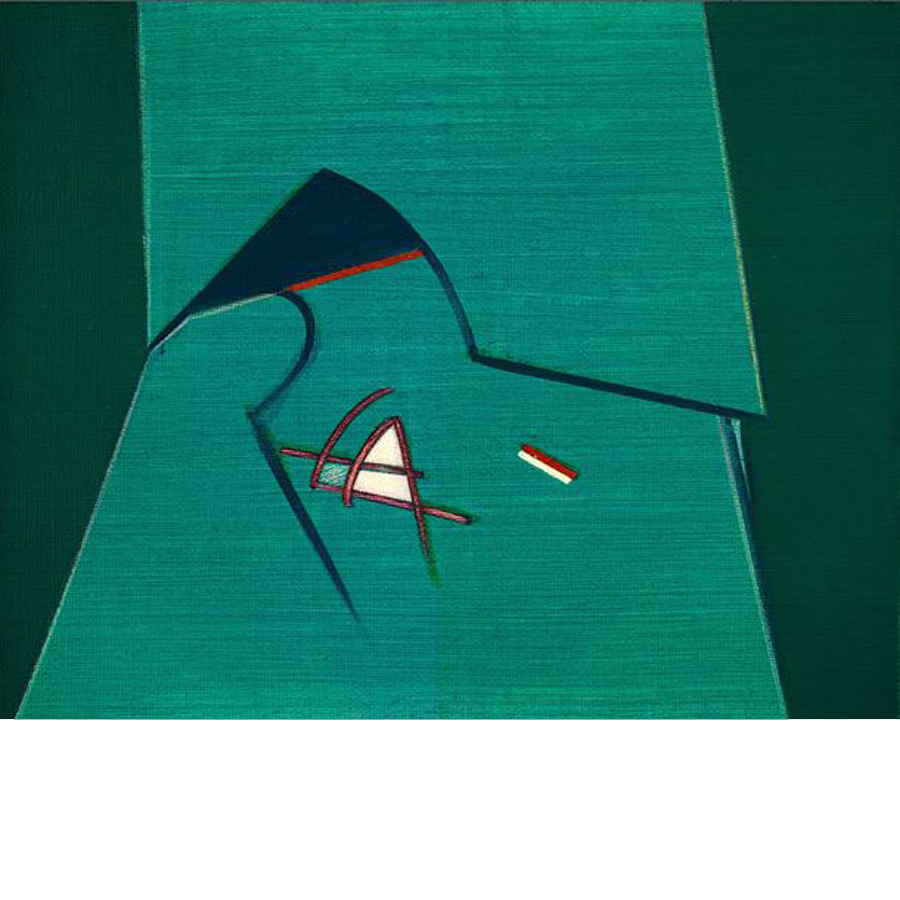 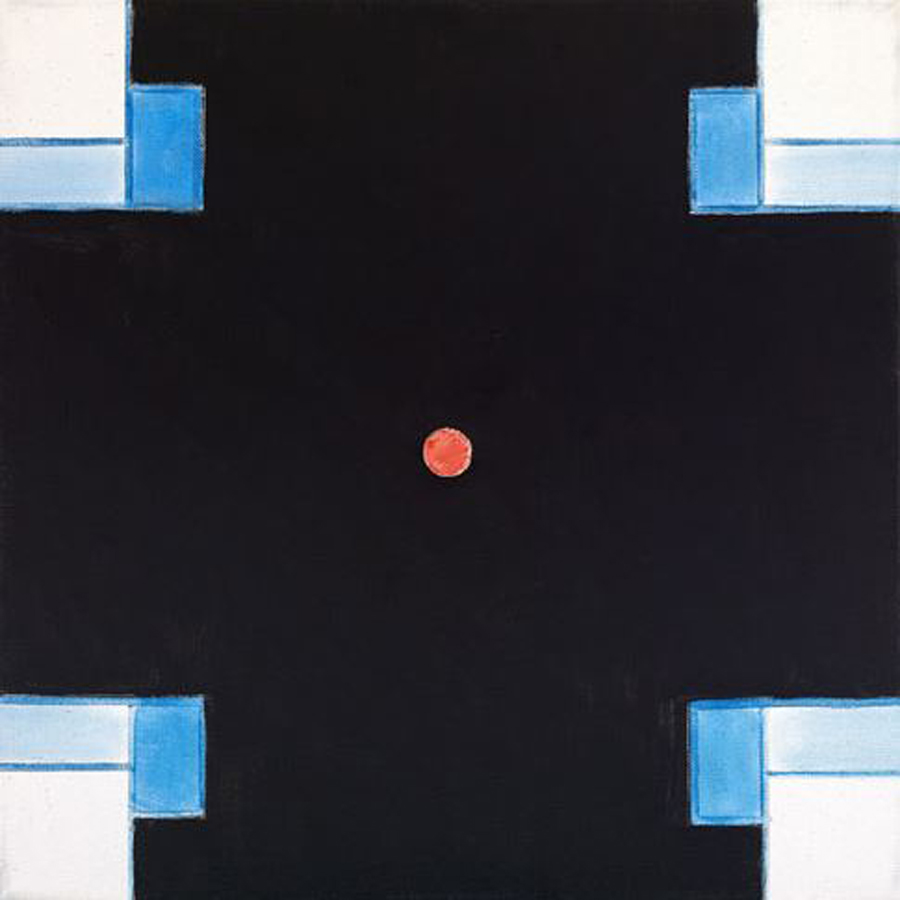 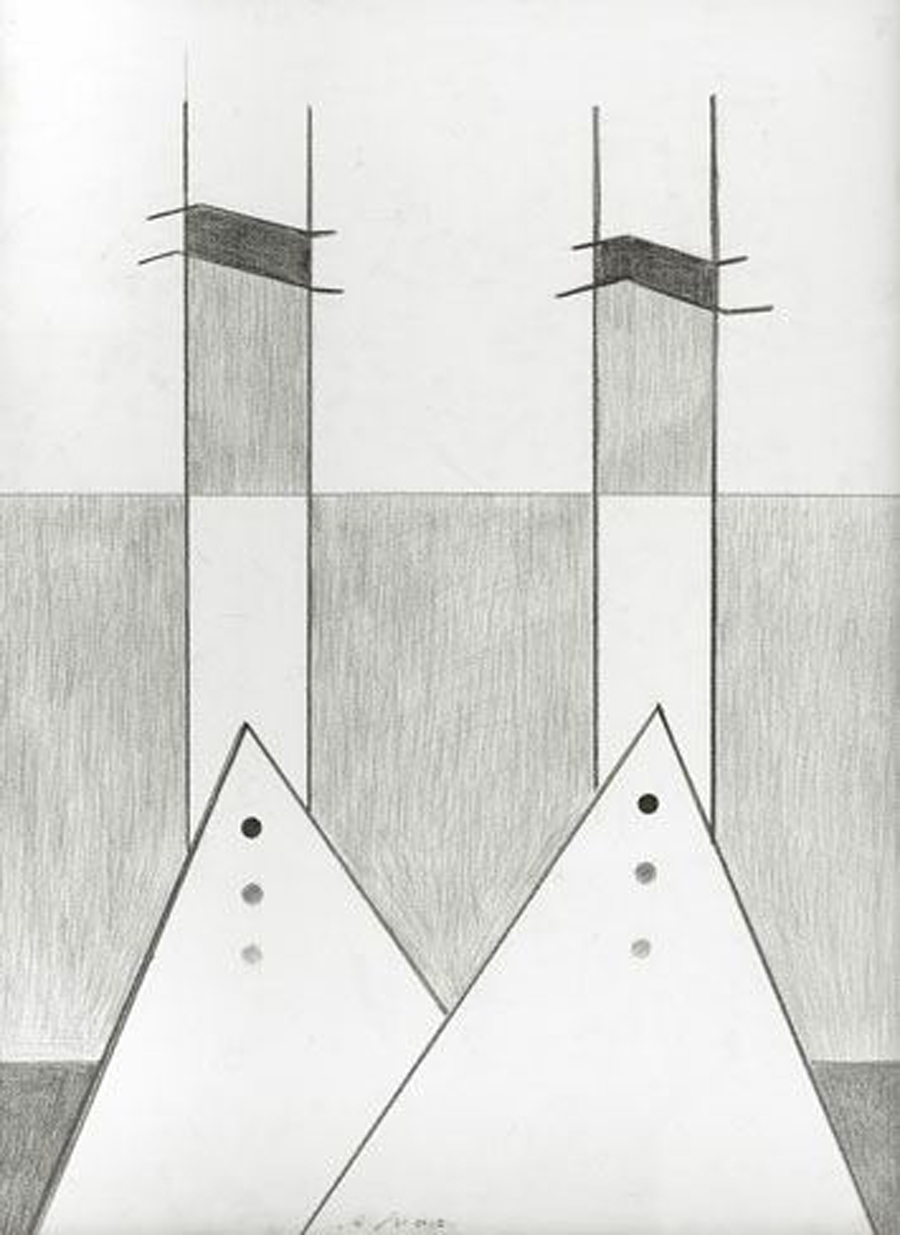 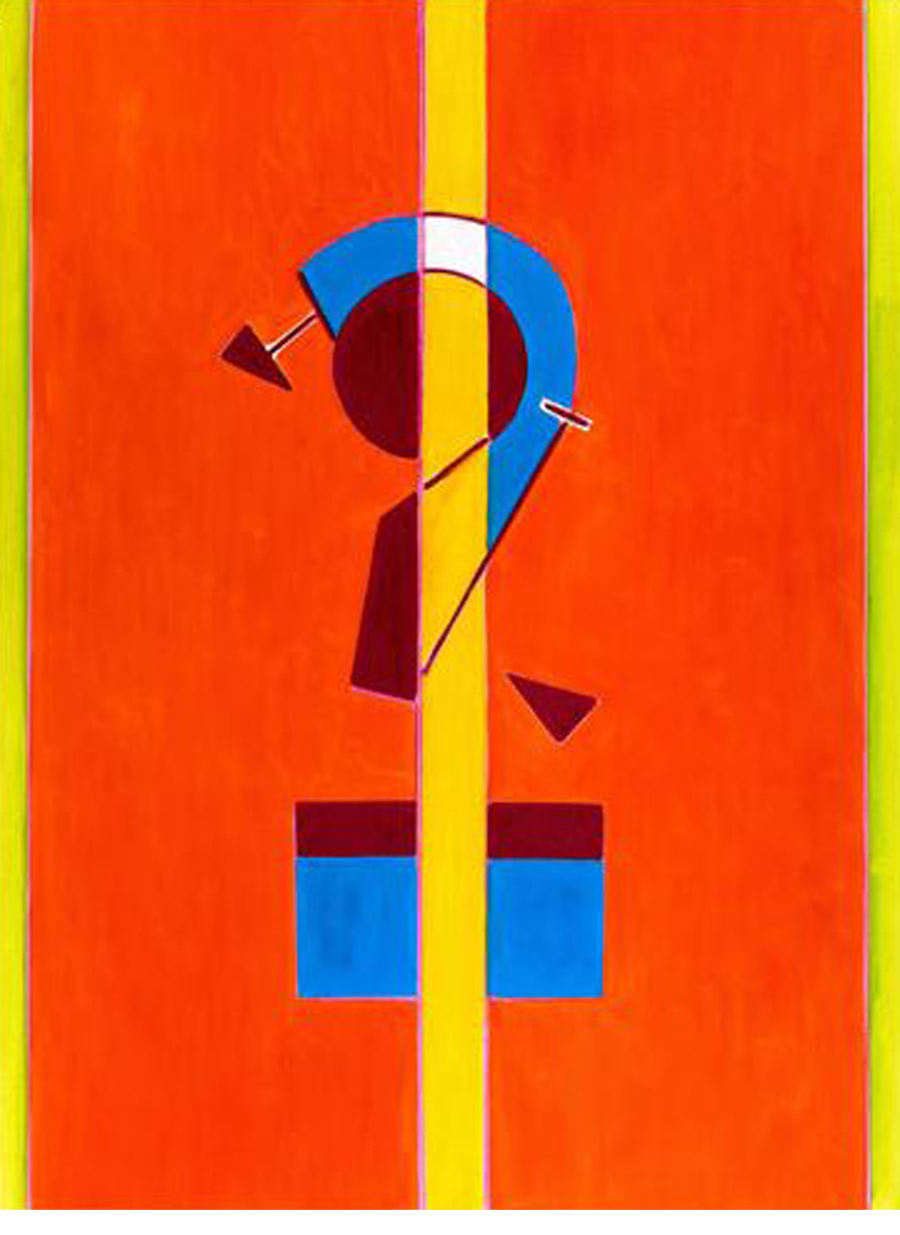