MOTONAGA Sadamasa was born in 1922 in Iga, Japan. Sadamasa Motonaga is most renowned for his pouring of different paints to create color field forms on the canvas inspired by tarashikomi, a traditional Japanese painting technique. A Gutai member from 1955 until 1971, Motonaga experimented early in his career with organic materials like rocks and water, creating open-air installations today recognized as some of the most significant early Gutai exhibitions. His well-known Work (Water) from 1956 consisted of numerous vinyl tubes suspended in the air with poured pools of brightly colored liquid cradled in their grasps. This installation has been recreated most recently at the 2009 Venice Biennale and in the atrium of the Solomon R. Guggenheim Museum during the 2013 exhibition Gutai: Splendid Playground. Motonaga lived in New York on a grant from 1966- 1967, where he began using airbrush and acrylic paint to create the bright, saturated, hard-edged paintings of cartoonlike forms that characterize his later output. 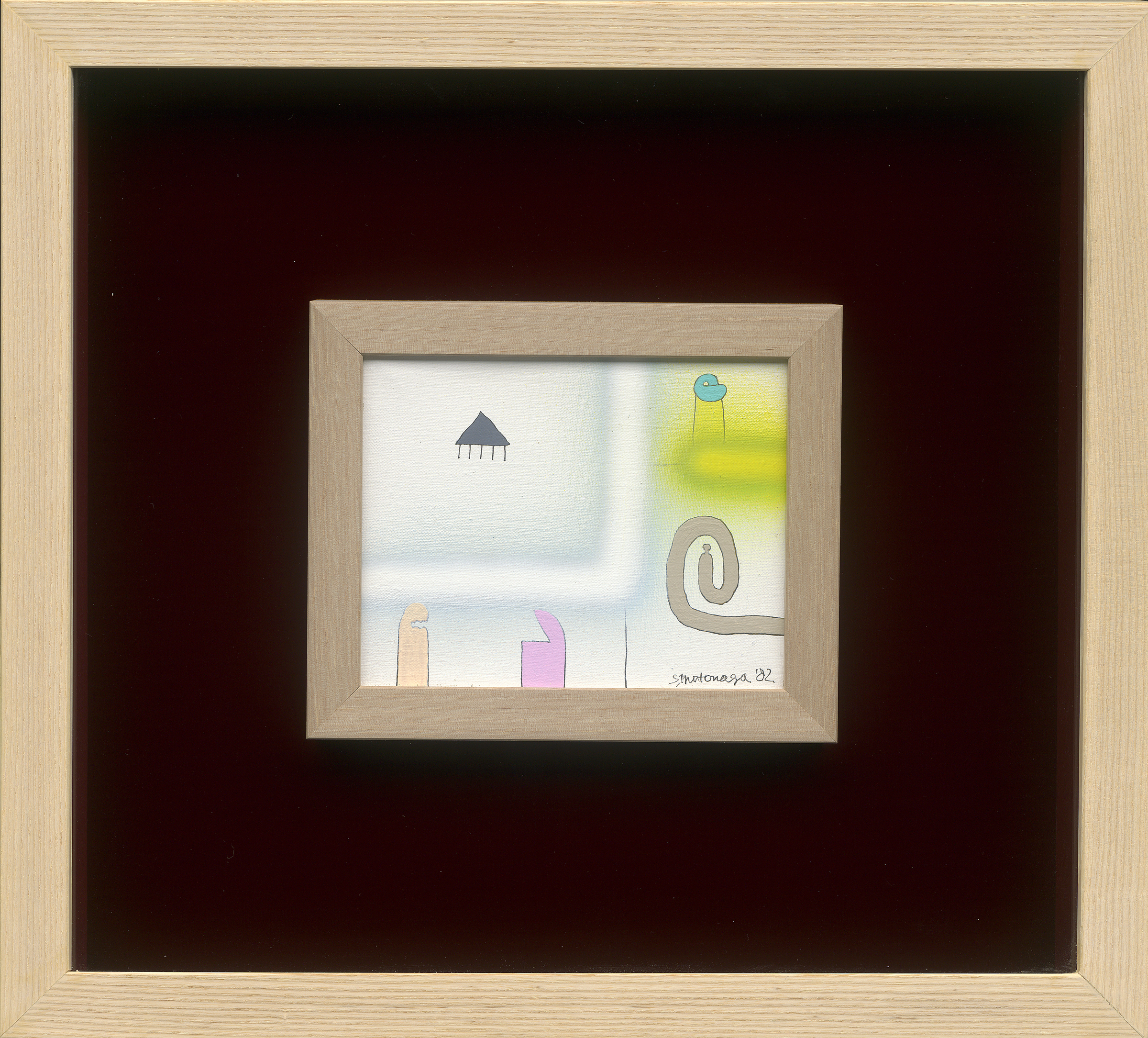 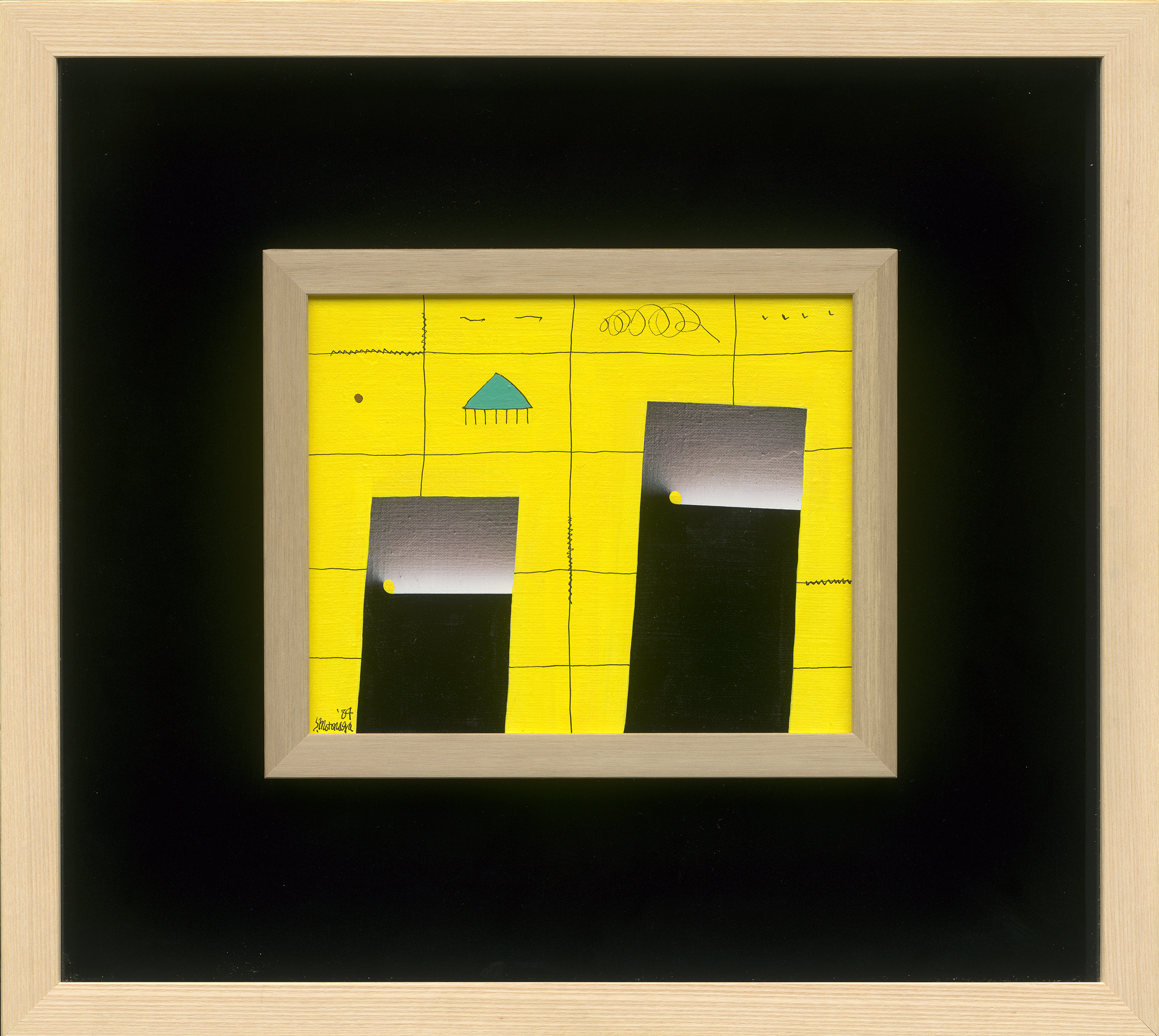 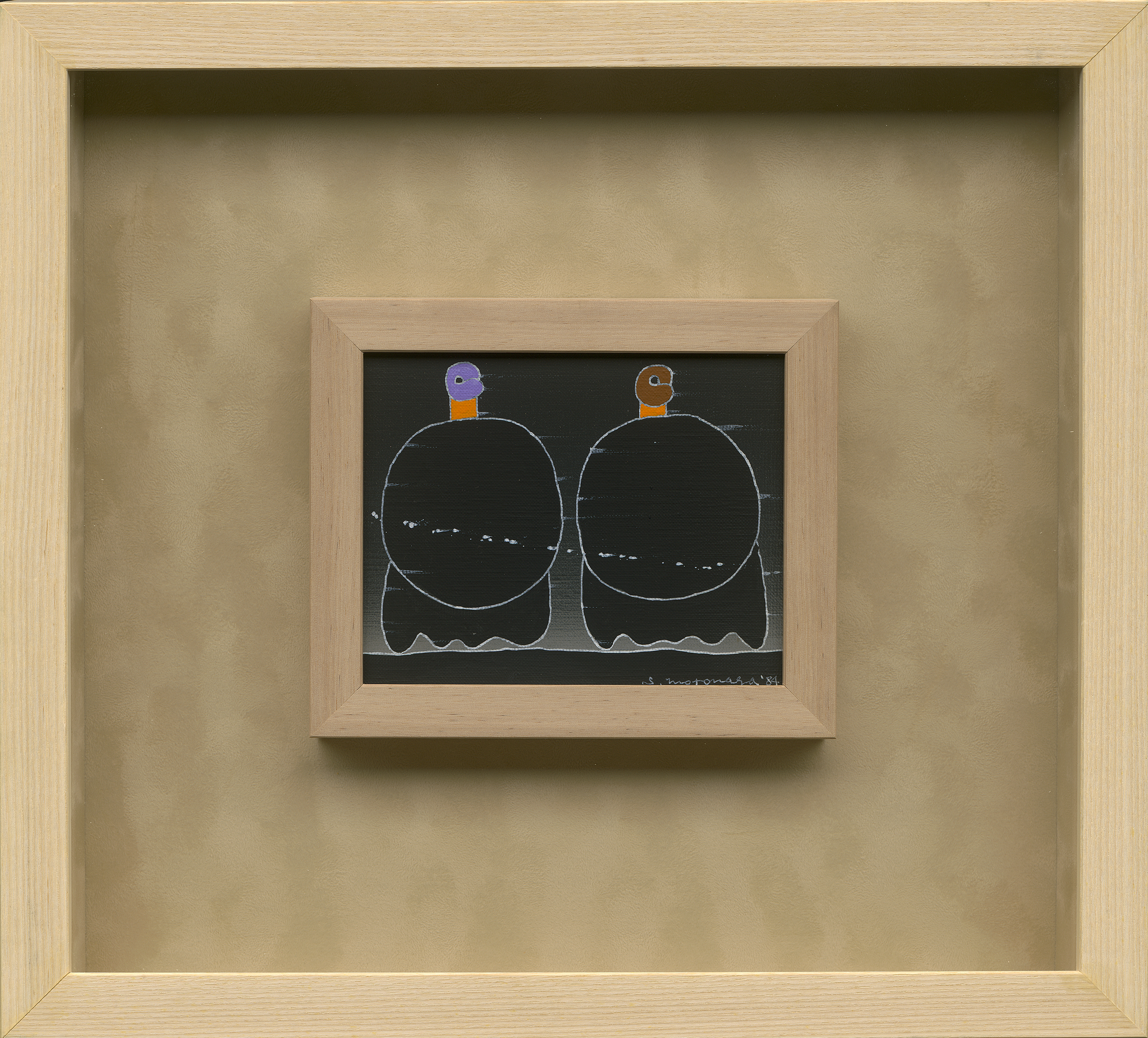 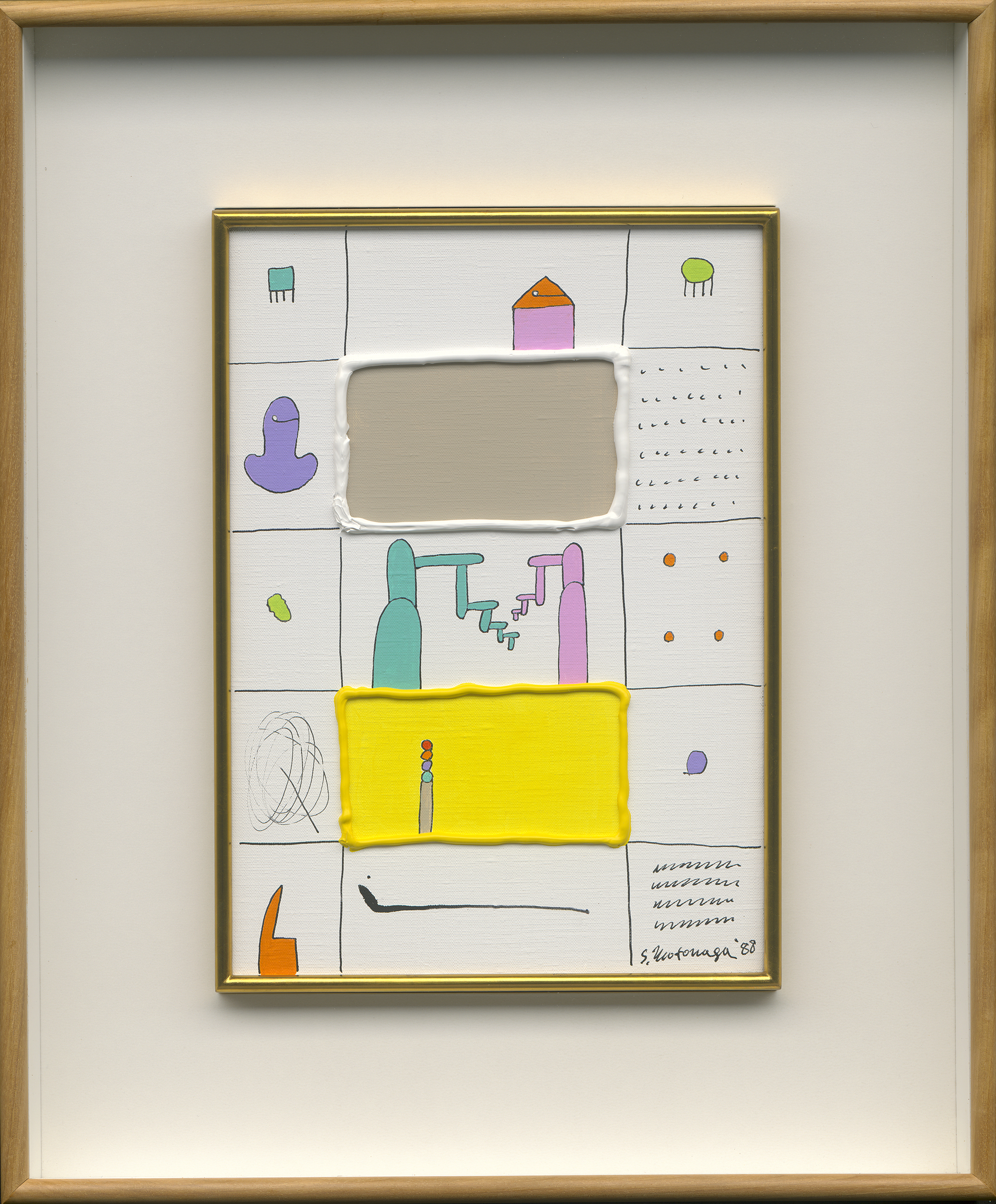 White and Yellow in the Bulges 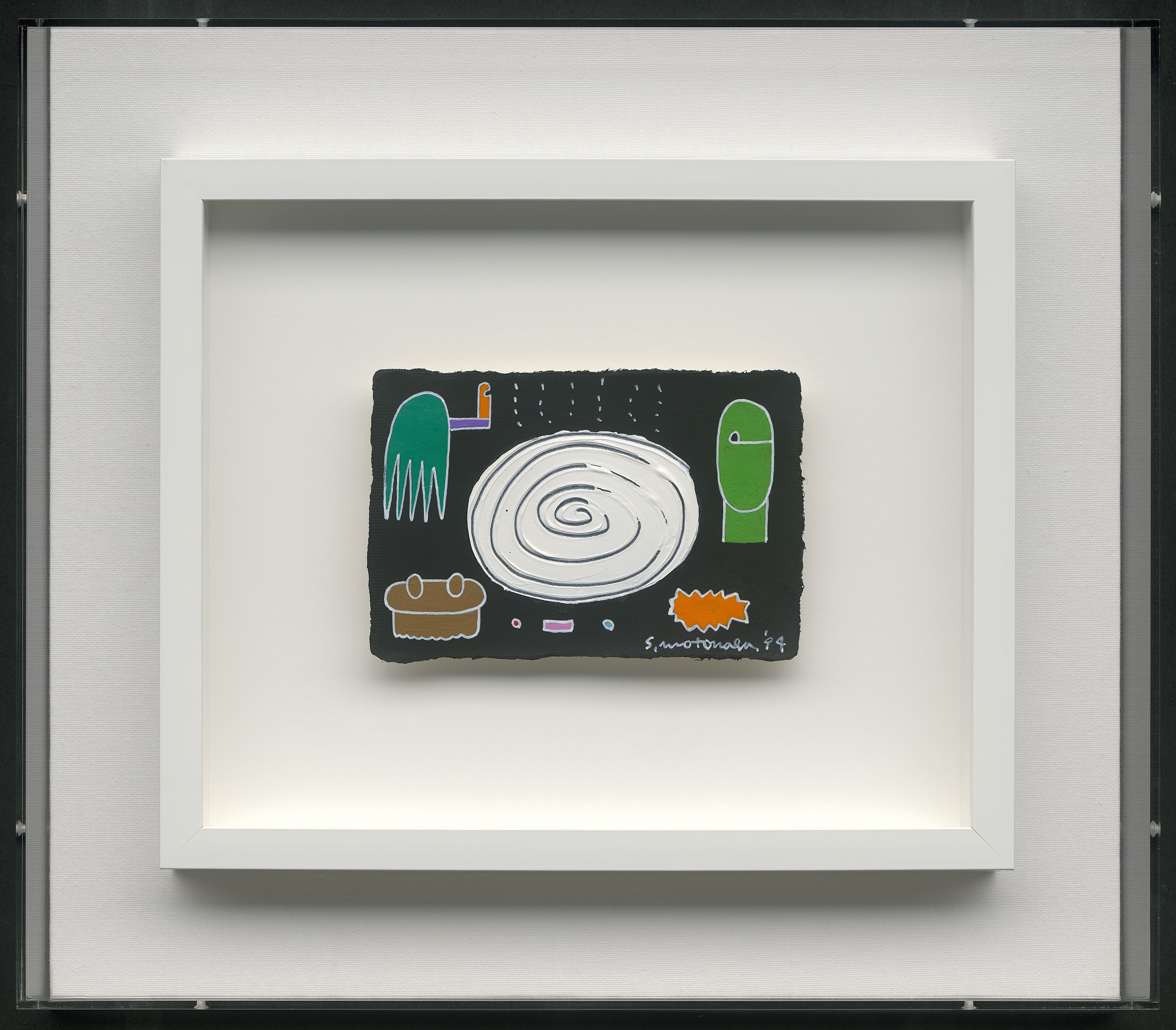