Affandi was born in Cirebon, West Java, Indonesia in 1907. World War 2 has become a historical signifier in our time. However, while the end of the War signified a crippling defeat to the European nations, the Southeast Asian nations celebrated it with a victorious fanfare for the end of colonialization. They search for a new language to replace the pervasive western-oriented Realism and Naturalism began and figures such as Affandi appeared spearheading the movement and breaking the existing canonical boundary.

His only teachers were a few reproductions that he saw in copies of Studio, an art magazine from London. He felt a kinship with the Impressionists, with Goya and with Edvard Munch, as well as the earlier masters, Breughel, Hieronymus Bosch and Botticelli. Their influence began to show in his paintings.

Some of Affandi’s most creative years were spent in India, where he travelled and painted from 1949 to 1951. From there he went to Europe, showing his paintings at the major capitals (among them Paris, London, Brussels, Rome). He has visited the United States thrice, teaching at Ohio State University and painting a mural at the East-West Center in Hawaii. He has shown also at the São Paulo Biennale and travelled through Asia, and was planning for a trip around the world, to do a series of paintings for an art collector in Japan.

As a renowned artist, Affandi participated in various exhibitions abroad. Besides India, he also displayed his works in the biennale in Venice (1954), and won an award there, and São Paulo (1952, 1956). In 1957, he received a scholarship from the United States government to study arts education. He was appointed as an Honorary Professor in Painting by Ohio State University in Columbus. In 1974, he received an honorary doctorate from University of Singapore, the Peace Award from the Dag Hammarskjoeld Foundation in 1977, and the title of Grand Maestro in Florence, Italy.

In Yogyakarta, where he has lived since 1945, Affandi designed for himself a free-form house that has become a stopping place for tourists as well as tourists visiting the old town. The place also functions as a museum to display his paintings. The museum has around 250 of Affandi’s paintings. 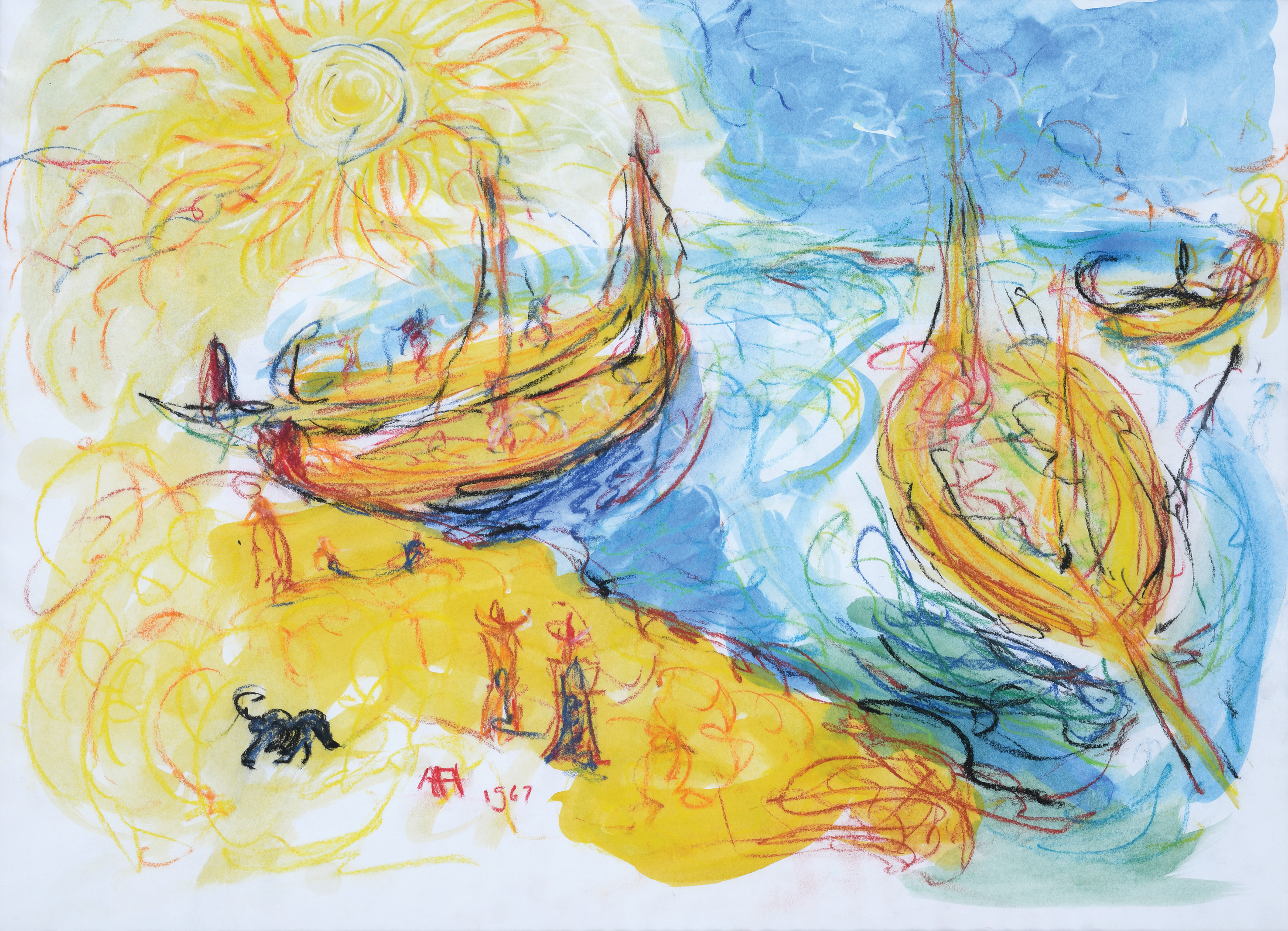