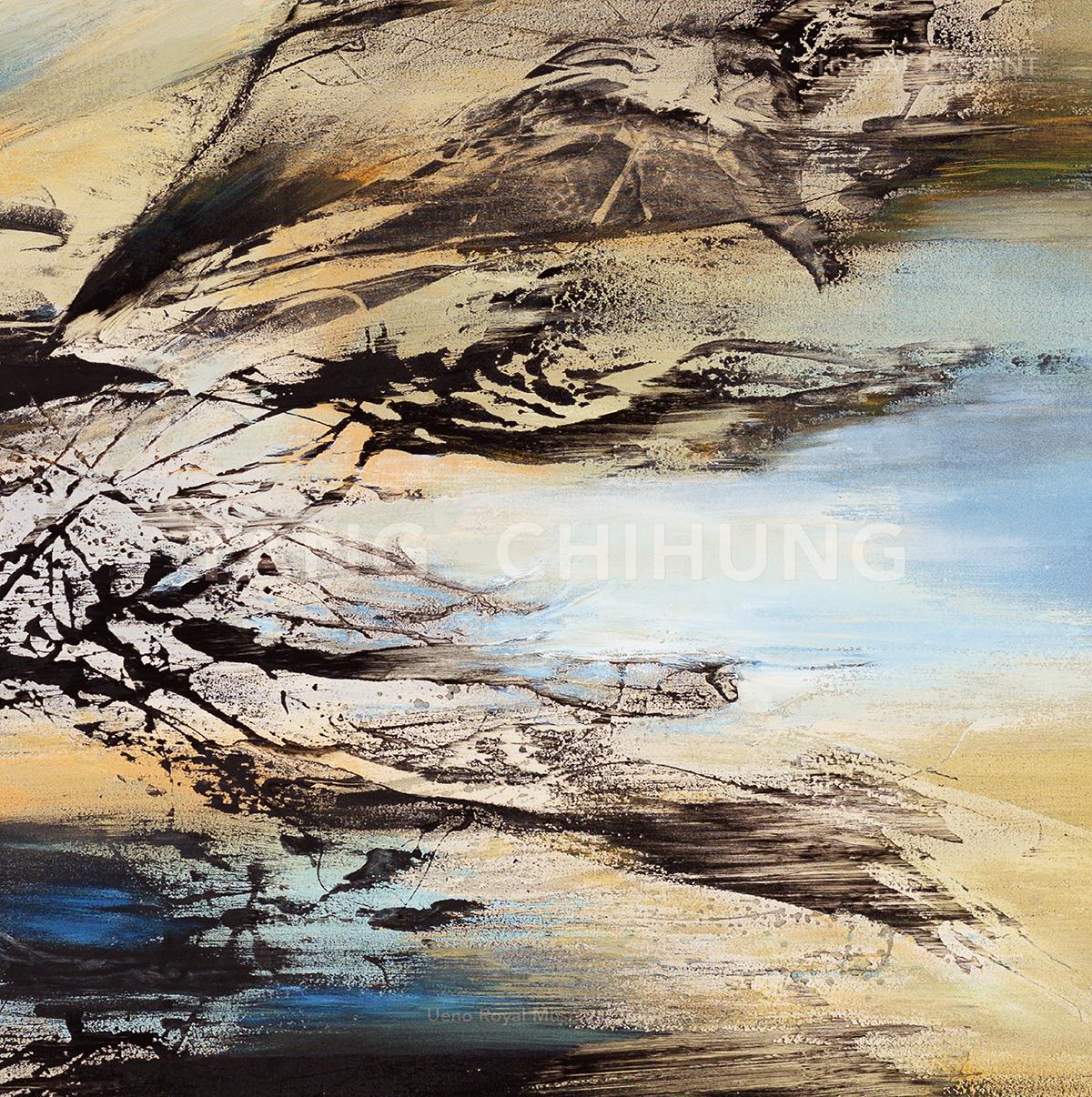 “Eternal Present: Recent Paintings by Yang Chihung” is the first Japanese-English bilingual catalog that features the artist’s solo exhibition at the Ueno Royal Museum in 2015. The catalog contains fine images of 42 exhibiting paintings, dialogue with Toyomi Hoshina and an essay by professor Kunio Motoe.

Since 1970, Yang Chihung had been invited by the Ueno Royal Museum to exhibit at the “Asia Modern Art” and acquainted himself with the Japanese art scene. His solo exhibition after 40 years brought a chance for further discussion on art development and cultural exchange.

Masakazu Mizuno, Director of the Ueno Royal Museum, mentioned how Yang’s painting echoed the Chinese traditional spirit, seeking answers to “life and existence”. Professor Kunio Motoe made reference to the 19th century artist Odilon Redon (1840-1916)’s concept of using black as “agent of the mind”, emphasizing the sensual blackness of power and mystery that exudes from Yang’s painting, and inspires immense imagination.

The title of the exhibition “Eternal Present” shows Yang’s insight into the dual realities of time and everything in life.