HARAGUCHI Noriyuki was born in Yokosuka, Kanagawa, Japan, in 1946, and he graduated from the Department of Oil Painting at Nihon University, Tokyo, in 1970. He began exhibiting his works while in college, amidst the rising political turmoil of campus protests and student riots against the Vietnam War and the Japan-US Security Treaty. Coincidentally, Yokosuka was the home port of the US Navy’s Seventh Fleet, and Haraguchi’s early paintings and sculptures, such as the Ships series (1963–65), Tsumu 147 (Freight Car) (1966), and Air Pipes series (1968–69), referenced the aesthetics and materials of heavy industry. Haraguchi created the iconic sculpture A-4E Skyhawk (1968–69) behind the student barricades at Nihon University; it was a full-scale reproduction of the eponymous US Navy fighter jet and was exhibited at the university before riot police retook the campus. Subsequently, Haraguchi’s adopted materials have come to include I-beams, pressed-steel car parts, waste oil, polyurethane, and rubber—creating an aesthetic vocabulary quite distinct from his Mono-ha contemporaries such as Lee Ufan, Sekine Nobuo, and Suga Kishio, who embraced more natural materials.

Since the early 1970s, Haraguchi has exhibited extensively in Japan and abroad. In 1977, his spent-oil reflecting pool Matter and Mind was exhibited at Documenta 6 in Kassel, Germany, which received critical feedback; in the same year, he also participated in the 10th Biennale de Paris. In 1978, his first solo exhibition abroad was held at Galerie Alfred Schmela, Dusseldorf; in 2001, his retrospective exhibition was organized at Städtische Galerie im Lenbachhaus, Munich; in 2007, his works were included in the group exhibition “Das schwarze Quadrat – Hommage an Malewitsch” at Hamburger Kunsthalle, Hamburg, Germany. In recent years, Haraguchi’s major retrospective exhibition “Society and Matter” was organized at his hometown, BankART Studio NYK at Kanagawa, in 2009; in 2012, he exhibited alongside other influential Japanese modern artists, such as Sekine Nobuo, Kusama Yayoi and Shiraga Kazuo at the group exhibition “Tokyo 1955-1970: A New Avant-Garde” at MoMa, New York. The “Oil Pool” he created for Art Base Momoshima is one of his only two permanently exhibiting works, as well as being an iconic piece of Post-Mono-ha. Haraguchi’s works are collected by Meguro Museum of Art (Tokyo, Japan), Toyota Municipal Museum of Art (Aichi, Japan), Tate Modern (London, UK), Museum of Modern Art (New York, US), Tehran Museum of Contemporary Art (Tehran, Iran), Kröller-Müller Museum (Otterlo, Netherlands), Inhotim Museum (Brumadinho, Brazil) and Städtische Galerie im Lenbachhaus (Munich, Germany). 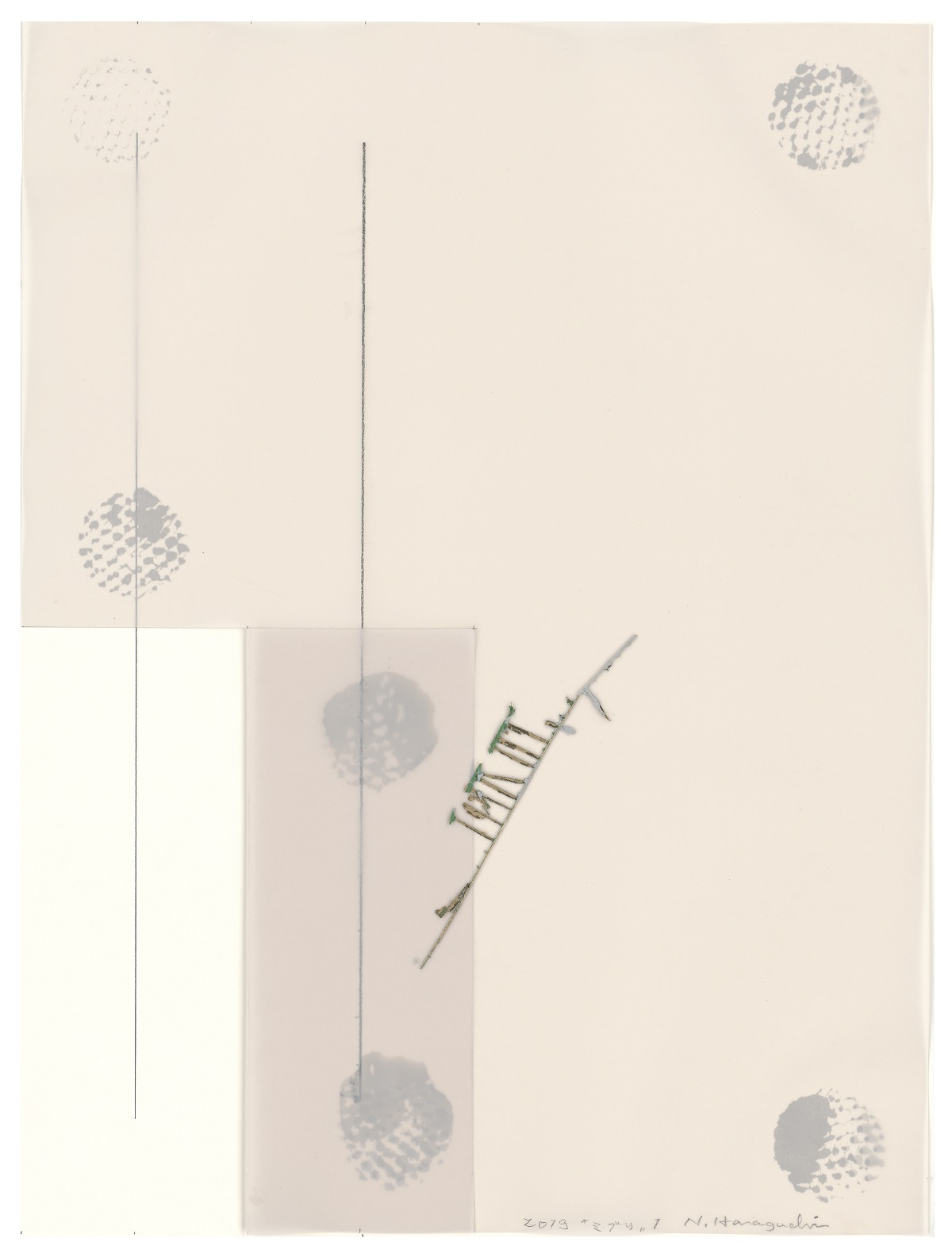 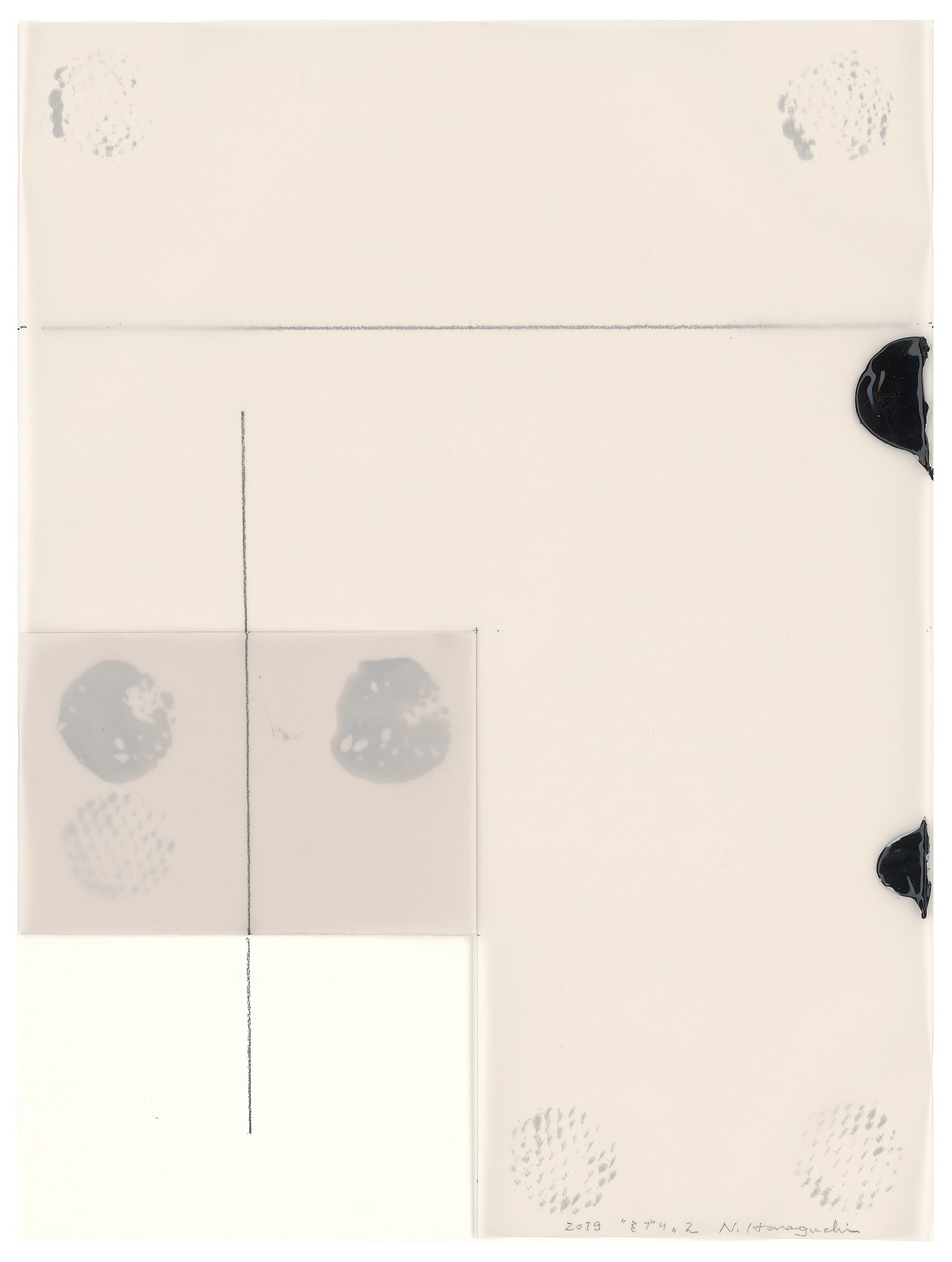 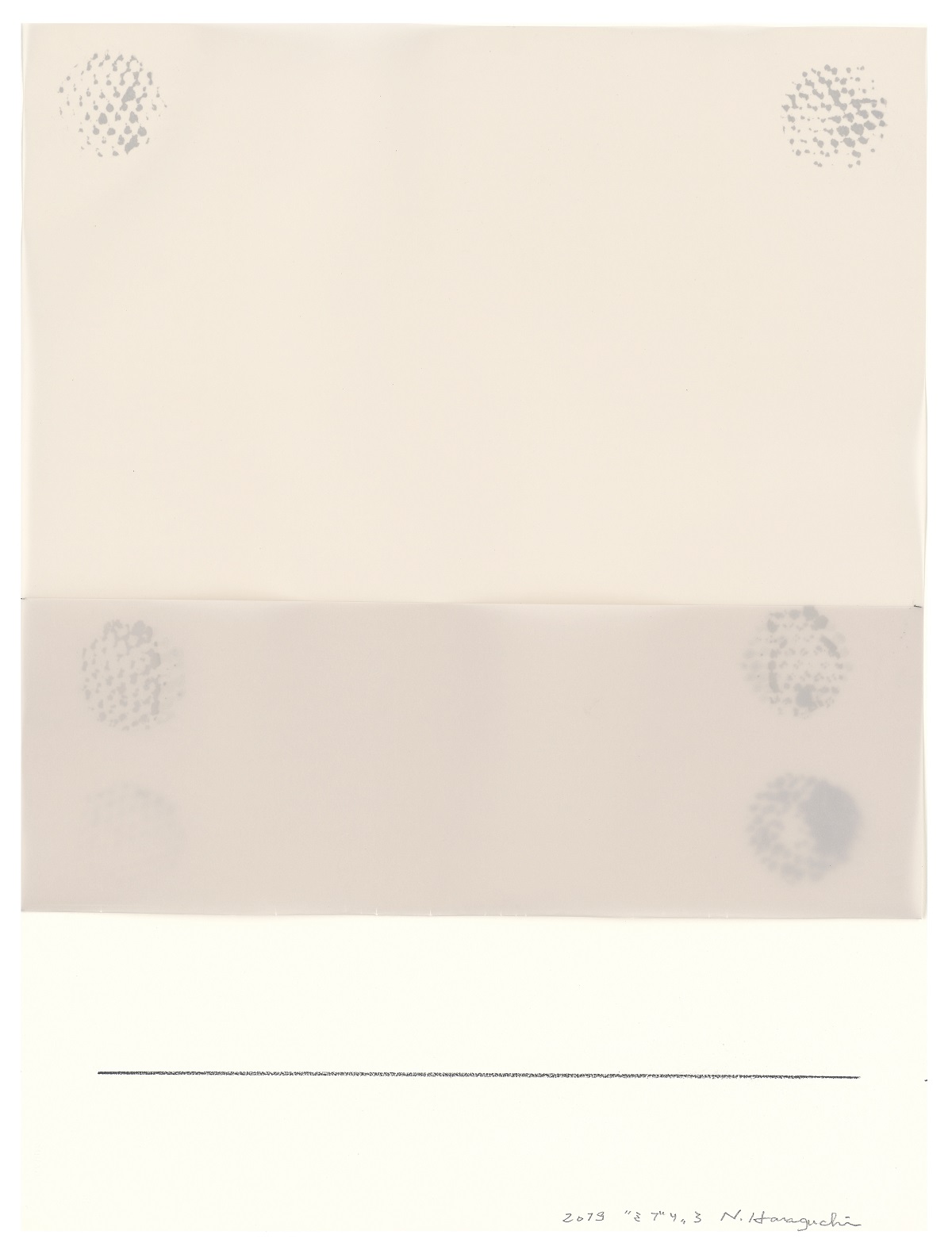 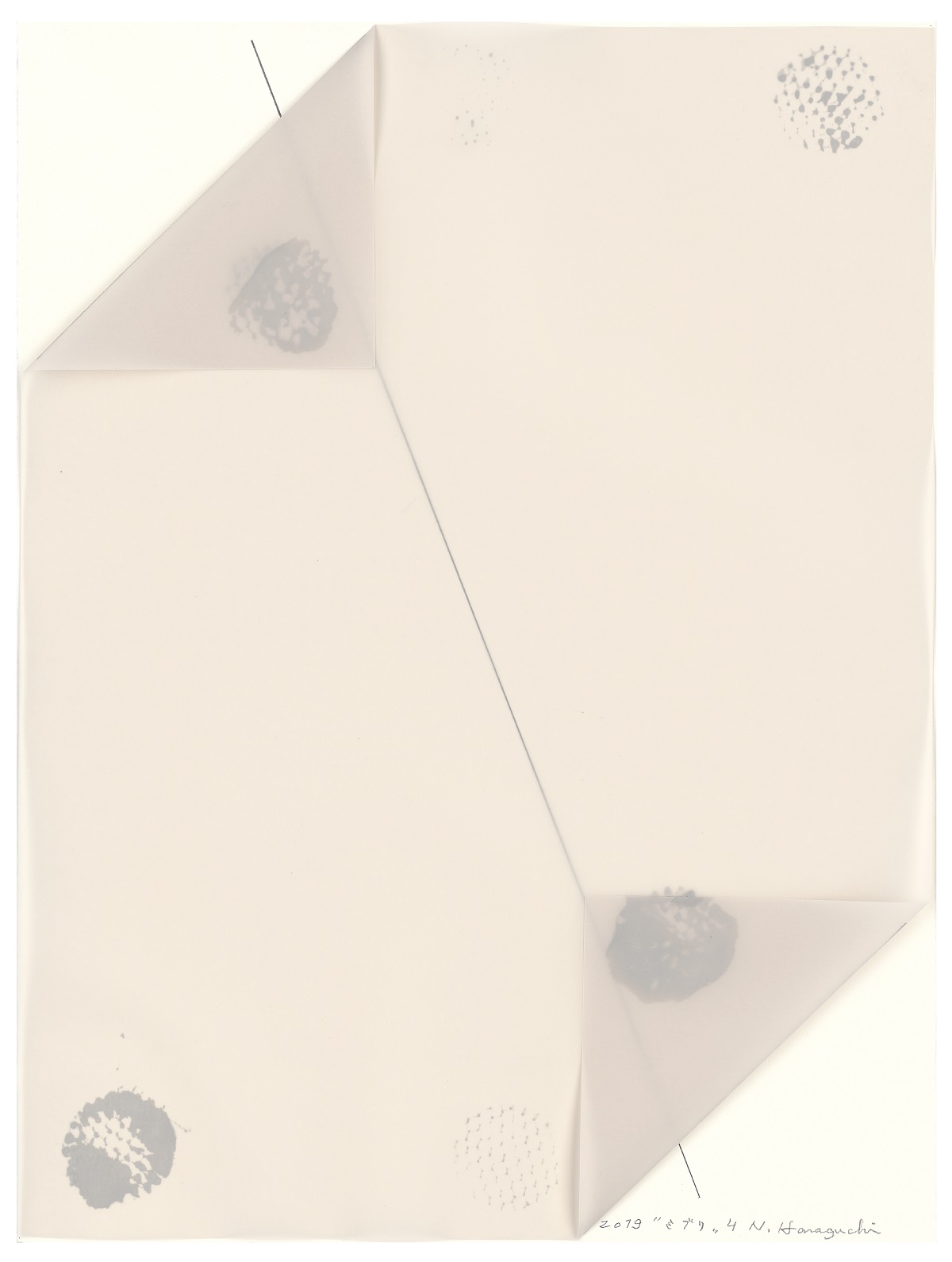 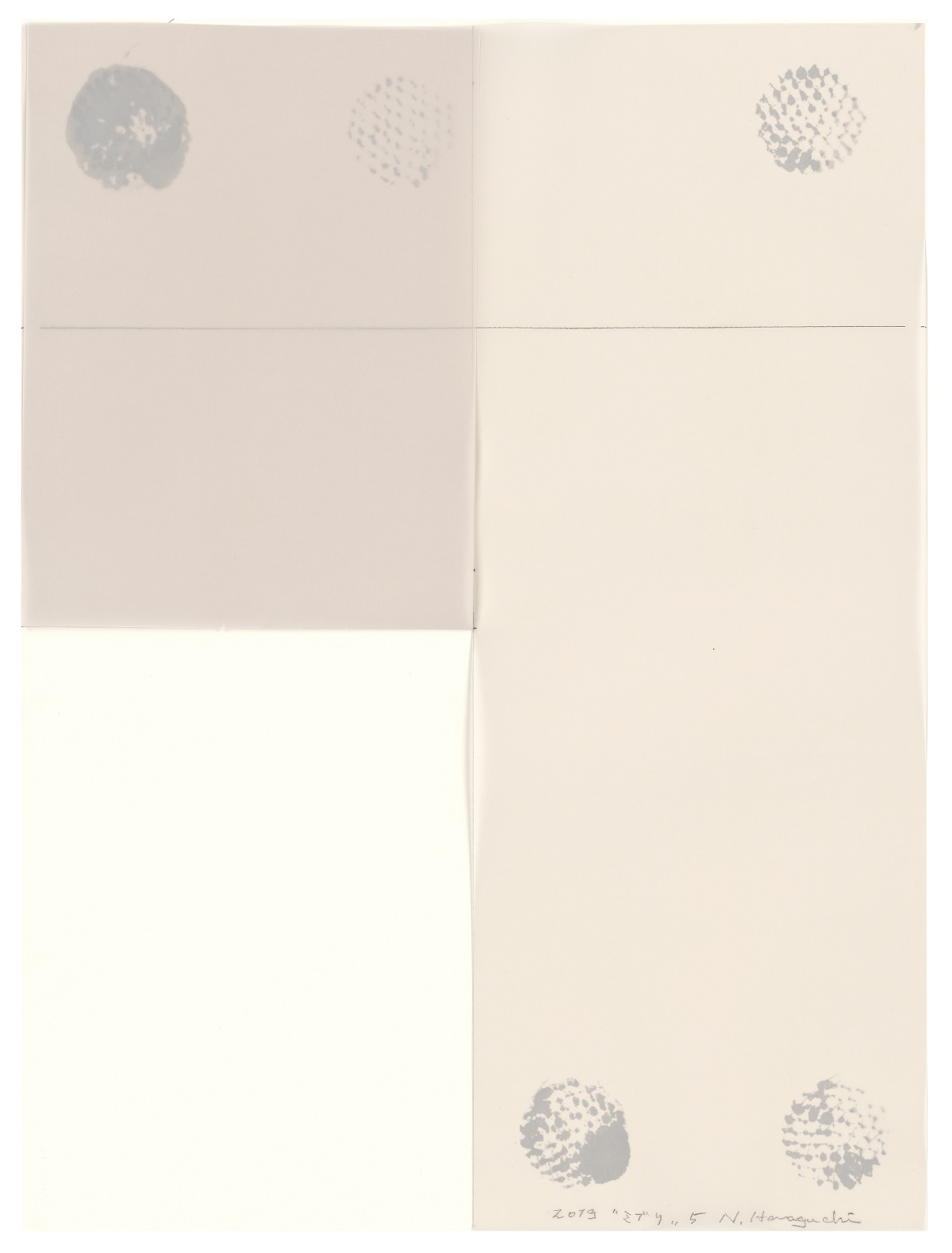 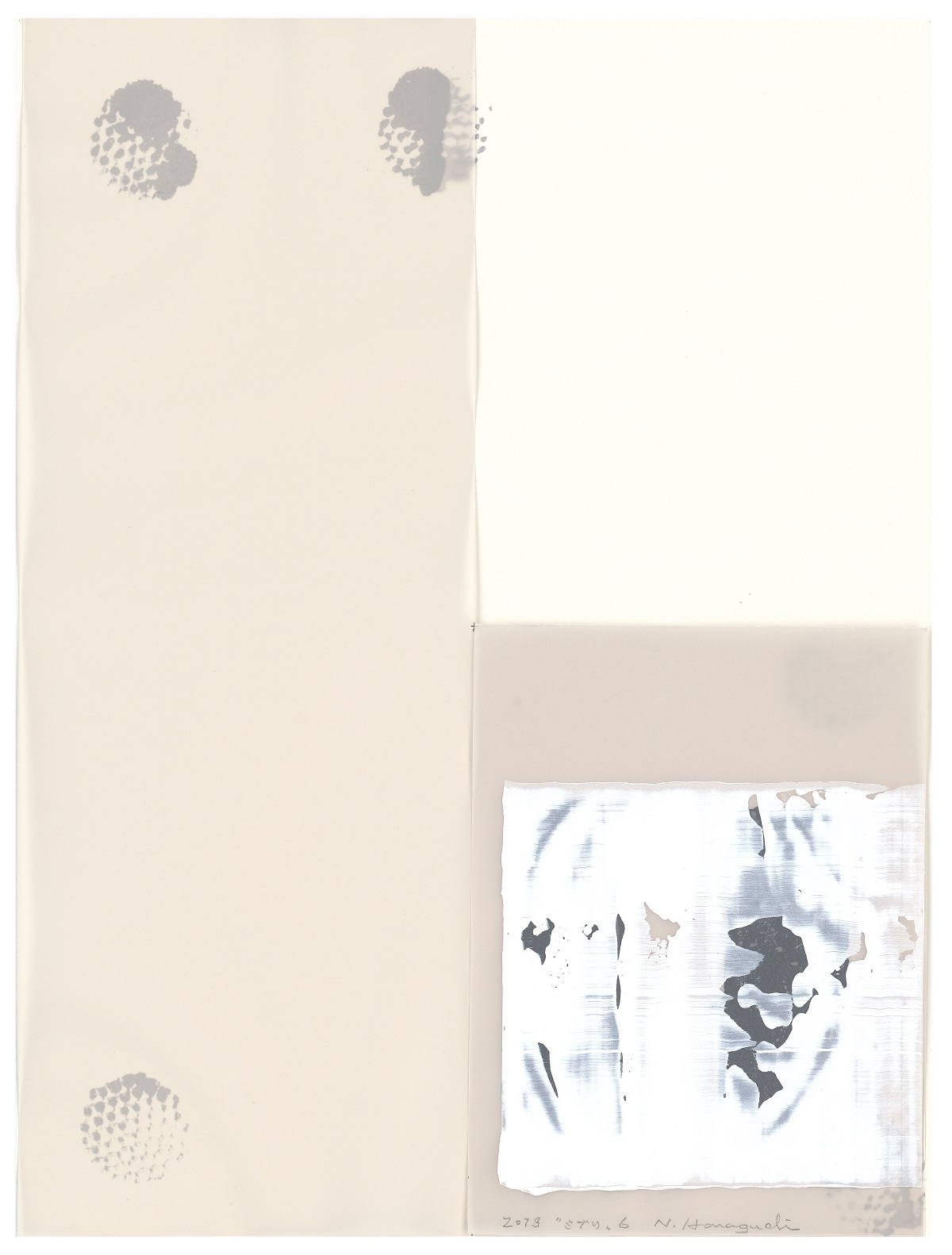