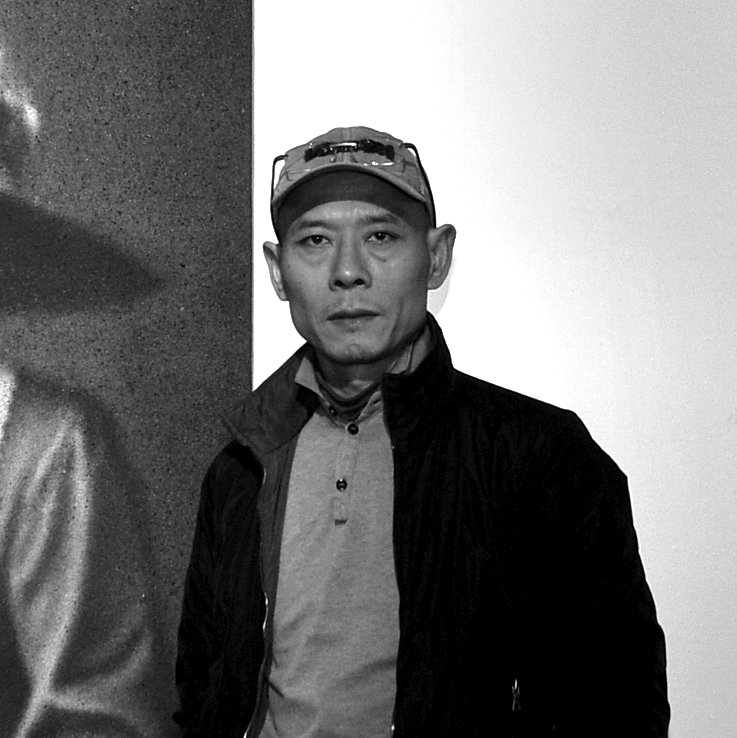 ZHANG Huan began his work as part of a small artistic community, known as the Beijing East Village,located on the margins of the city. The group of friends from art school pioneered this particular brand of performance in China and Zhang was often reprimanded by officials for the perceived inappropriateness of his actions. Zhang’s performances always involve his body in one way or another, usually naked, occasionally involving masochistic actions. For example, an exhibited photography showed him as “a naked man, his head half-shaved, sitting in a prisonlike space. His skin was wet and covered with flies. His face looked blank but tough, as if he were trying to meditate his way through pain.” In a more benign group performance “called ‘To Raise the Water Level in a Fishpond’, he asked 40 migrant laborers to stand in a pond, their physical presence, presumably, altering its volume. For another titled ‘To Add One Meter to an Anonymous Mountain,’ he and nine other artists climbed a mountain near Beijing, stripped and lay down on top of one another to create a second, mini-peak.” Zhang involves the body in his sculptures as well. He makes giant copper hands and feet, magnified versions of fragments of broken Buddhist figures that he found in Tibet. By using quasi-religious ritual, he seeks to discover the point at which the spiritual can manifest via the corporeal. He uses simple repetitive gestures, usually regarded as meaningless work-for-work’s-sake chores. Buddhism, with its temple music, sculptures and philosophy are a prevalent theme in Zhang Huan’s work.

Era When I was Born No.2

Era Before I was Born No.2